Locations in Common TV and Film Wandering the Arts
0

The Disney+ series Prop Culture takes viewers on a journey to discover rare props, costumes, and sets from a variety of Disney movies. In each episode, host Dan Lanigan takes on a different film from the Disney universe and seeks out the iconic items that helped bring each motion picture to life. Oftentimes, Dan would reunite the artifact with the cast or crew members who were involved with the original production.

“In a movie, every detail, no matter how small, is designed to tell you something”
– Prop Culture Host, Dan Lanigan

Most of the items featured in the series are shown in the Disney Archives, Walt Disney Studios, or in the residence of private collectors which are generally off-limits to the public. In some instances, Dan takes the audience on the road to visit people and places around the world with connections to the movies they’re exploring.

The following list documents each of the places seen in the first season of the show that you can visit in real-life. Each place is also a WanderDisney location listing on our website – you can click on the name below to see more info, including tips on how to visit them.

In the first episode exploring the 1964 Disney classic, Mary Poppins, Dan brings actress Karen Dotrice, who played 9-year-old Jane Banks, to the Merry-Go-Round in LA’s Griffith Park. This carousel not only inspired the whimsical one in the film, but it was a personal favorite of Walt Disney.

Located between his Los Feliz home and the Disney Studio in Burbank, Walt would regularly bring his young daughters to the park to ride the horses. While they rode, Walt would sit on the bench and dream up ideas for what would eventually become Disneyland.

“I’d take them to the merry-go-round… and as I sit while they rode… I felt that there should be something built where the parents and children could have fun together. So that’s how Disneyland started”
– Walt Disney

The famous Merry-Go-Round still operates and is open to the public on a limited basis for others to come and be inspired. 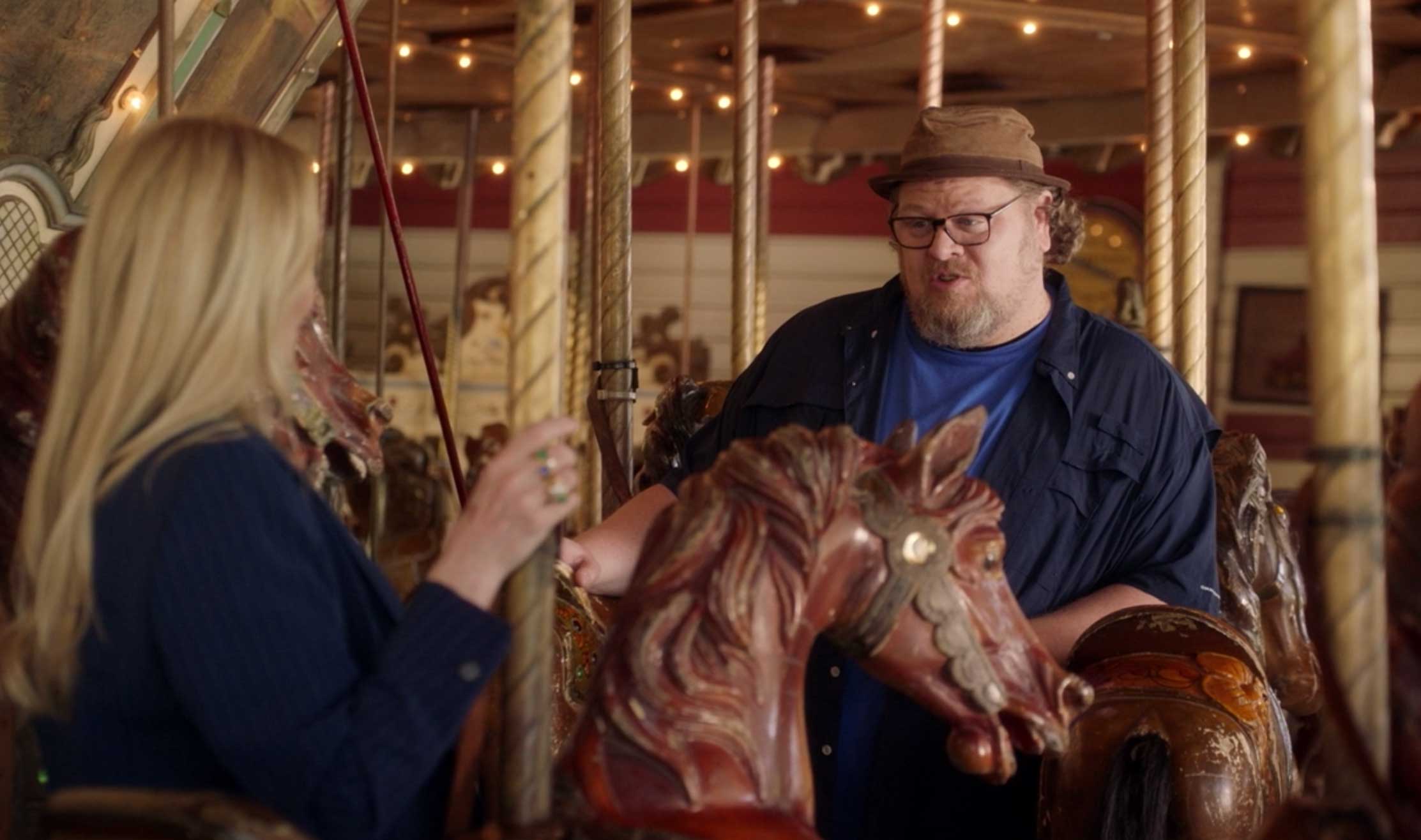 Episode 3 brings us an exploration of Tim Burton’s The Nightmare Before Christmas. In this episode, Dan reunites the film’s producer Kathleen Gaven, character fabrication supervisor Bonito DeCarlo, and set builder Fon Davis inside the unsanctioned Tim Burton-themed restaurant to look at and talk about some of the stop-motion characters and sets from the groundbreaking animated movie.

The Beetle House features decor, character actors, food, and cocktails in honor of Burton’s most famous works of art including Edward Scissorhands (1990), The Nightmare Before Christmas (1993), James and the Giant Peach (1996), and Alice In Wonderland (2010). The LA location is in the heart of Hollywood, only steps from Disney’s El Capitan Theatre. If you’re an east coaster, the restaurant has a sister location in New York City for you to explore as well. 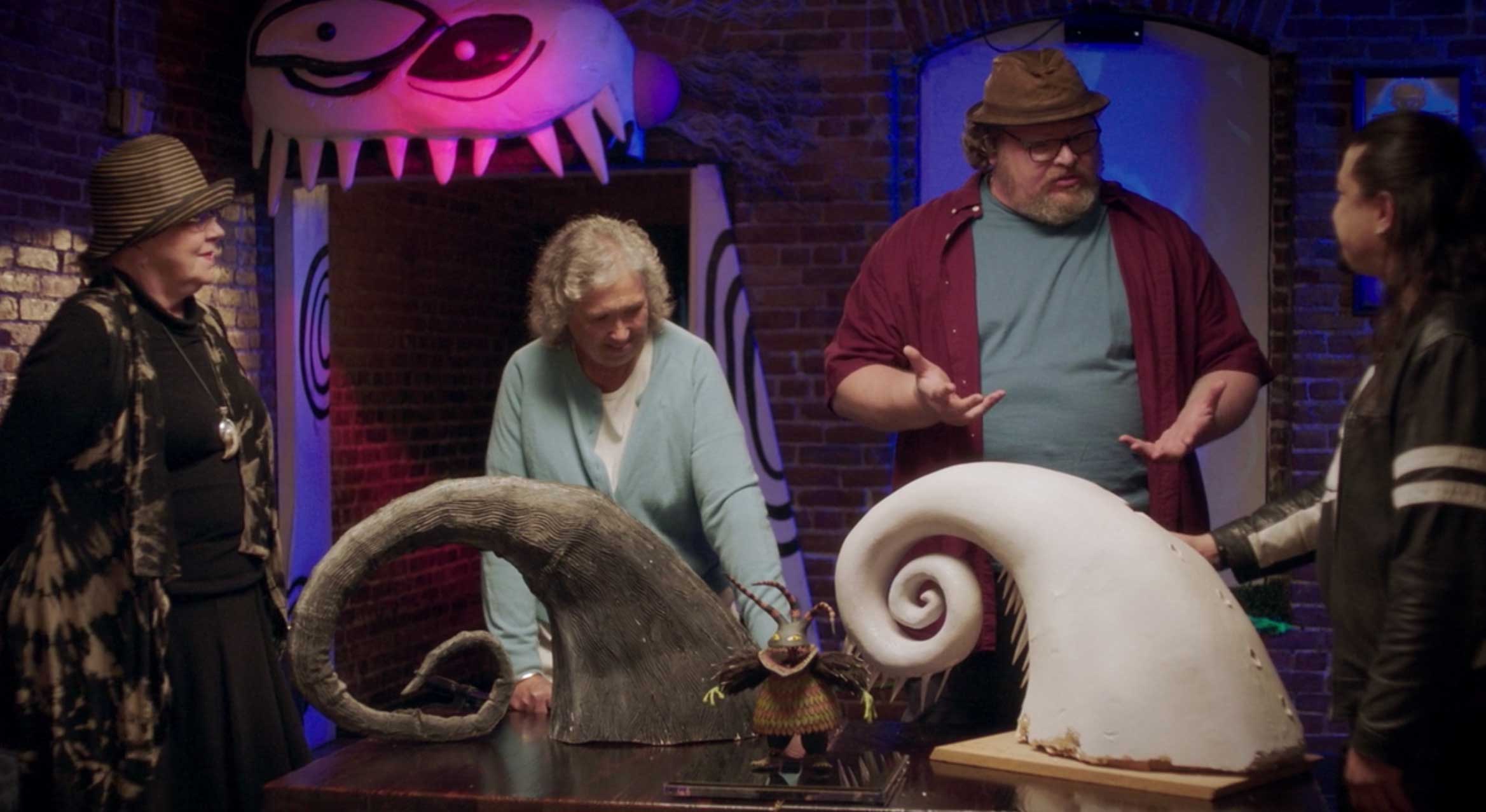 Later on in The Nightmare Before Christmas episode, Dan meets the film’s screenwriter Caroline Thompson inside the Writers Guild Foundation Shavelson-Webb Library to look at a copy of the original script she wrote (that apparently had very few edits from Burton and only required one revision) as well as a full-scale Sally armature figure used in the film.

Thompson has a history with Disney, having also penned Fox’s 1990 film Edward Scissorhands as well as Disney’s 1993 hit Homeward Bound: The Incredible Journey. The library, set inside the Writers Guild of America building, is open to the public and contains over 35,000 scripts from TV and cinema available for public viewing. 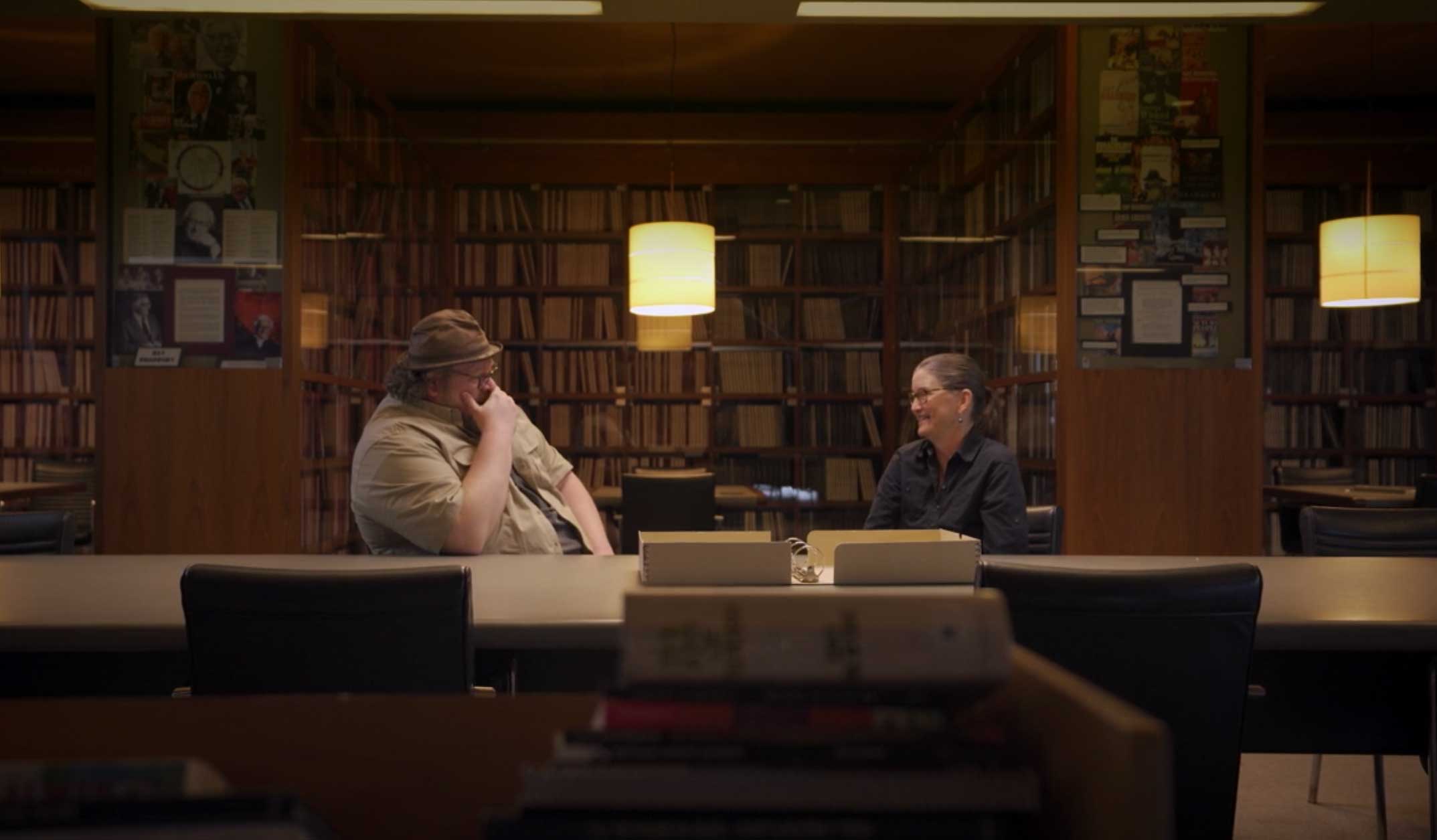 Dan and Caroline spend some time inside the library. Image ©Disney

In episode 4, Prop Culture takes on 2004’s Pirates of the Caribbean: The Curse of the Black Pearl, the first of five films in the Pirates franchise. Dan tours the Caribbean island of St Vincent and the Grenadines by boat to take in some of the filming locations before docking at Wallilabou Anchorage. Wallilabou Anchorage is a hotel and restaurant in Wallilabou Bay, an alcove of the island.

During the movie’s filming, the grounds were transformed into the Jamaican village of Port Royal, featured not only in The Curse of the Black Pearl but also in multiple subsequent Pirates of the Caribbean films. The hotel and restaurant are open to the public along with its seaside pier which still has many of the original props and sets on display. 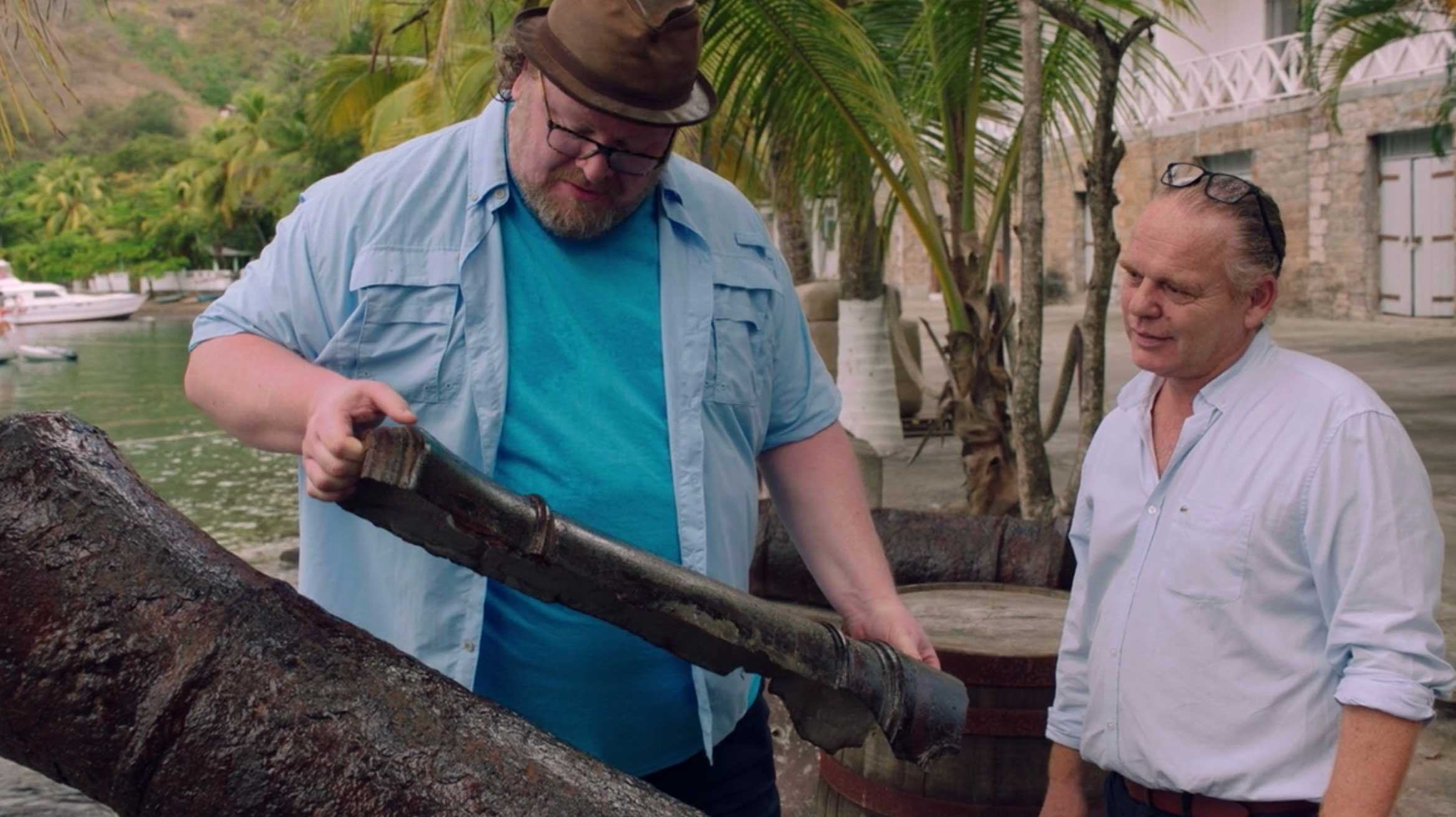 Dan contemplates stealing one of the cannon props from the former film set. Image ©Disney

In Prop Culture, Dan meets ship rigger Prairie Besore for a viewing of the prop helm and a tour and sailing of the ship. You too can tour the ship or set sail on the Lady Washington from its homeport in Aberdeen or one of the state’s other ports that the ship visits. Check their official site for sailing schedules and tickets. 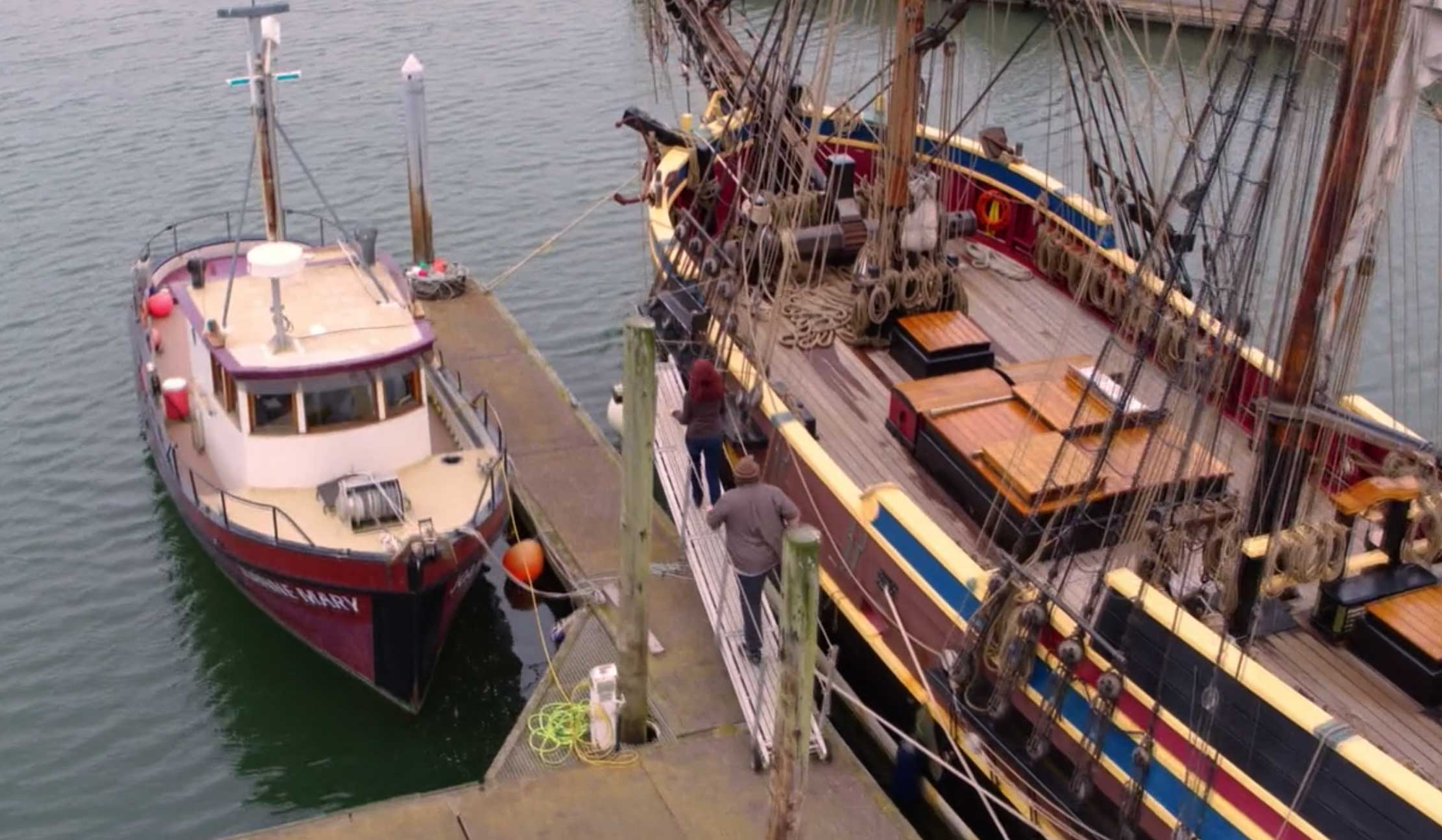 Dan and Prairie board the ship. Image ©Disney

Fast-forward to episode 8 where Dan dives into props and puppets from the 1979 film, The Muppet Movie. The quest takes him to South Bend, Indiana, home to the (now defunct) Studebaker car company and its (still existing) museum. Dan picks up puppet guru and Mystery Science Theater 3000 creator Joel Hodgeson and meets up with museum curator Aaron Warkentin to check out the star of The Muppet Movie, Fozzie’s modified 1951 bullet nose commander Studebaker (a bear’s natural habitat).

The car is one of two Studebakers used in the filming and still has remnants from the psychedelic makeover that Dr. Teeth & The Electric Mayhem gave it while singing Can You Picture That? The car and museum are open to the public and currently accepting donations to help “restore this star to its former glory.” 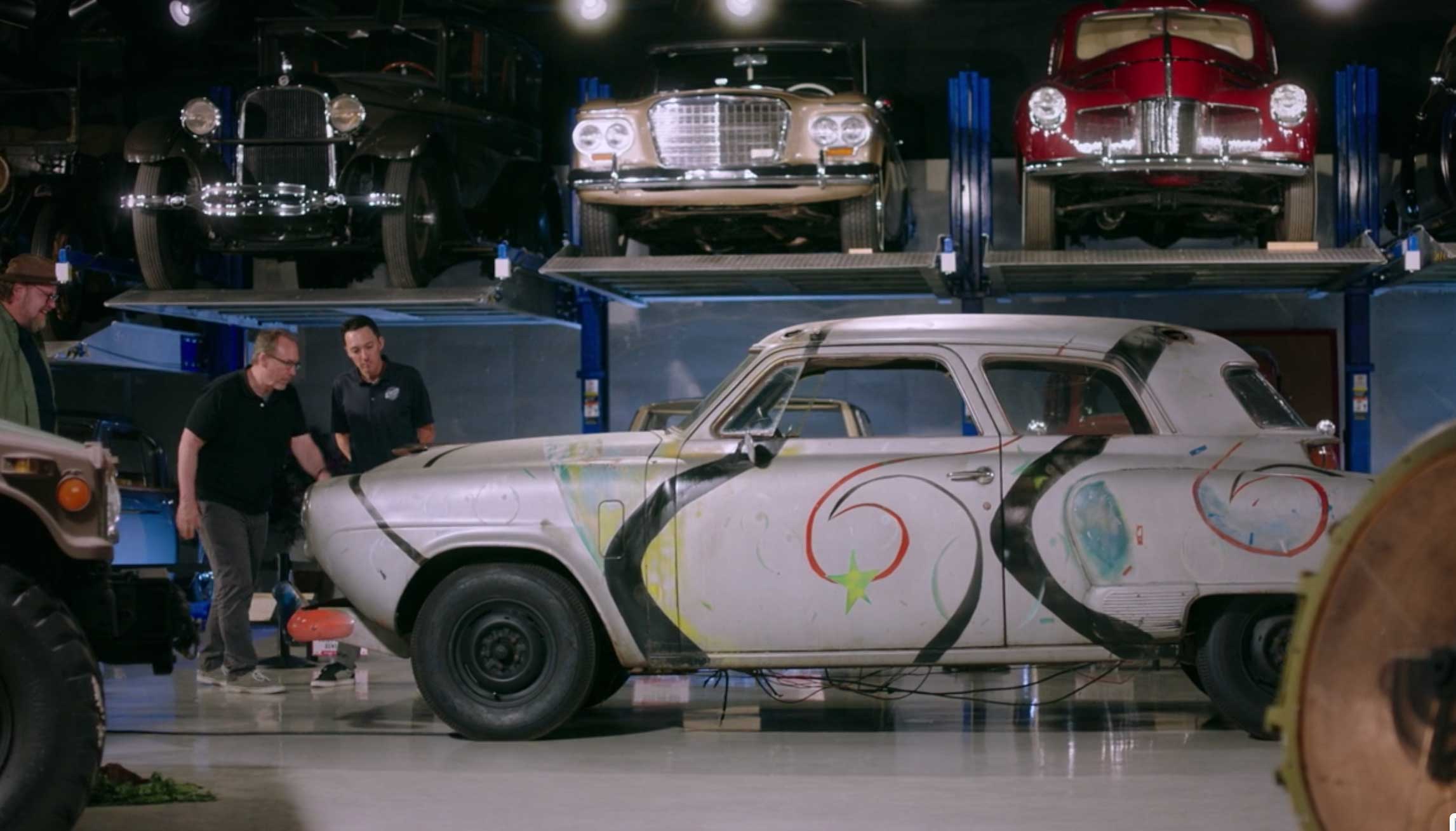 Museum of the Moving Image

Our last stop is also in The Muppet Movie episode, where Dan travels to New York City and visits the Jim Henson Exhibition. The exhibit is a permanent gallery inside the Museum of the Moving Image featuring nearly 300 objects on display spanning the life of Muppet creator and Disney Legend, Jim Henson.

Dan meets the museum’s curator, Barbara Miller, to check out a screen-used Kermit as well as one of Henson’s authentic microphone headbands. They then to the museum’s lobby to check out a rare piece from storage – the ornament that topped Gonzo’s plumbing truck in The Muppet Movie.

Besides the Henson exhibit, the museum is well worth a trip into Queens to see a number of other Disney related items including a genuine Chewbacca mask among a display of other Star Wars memorabilia. 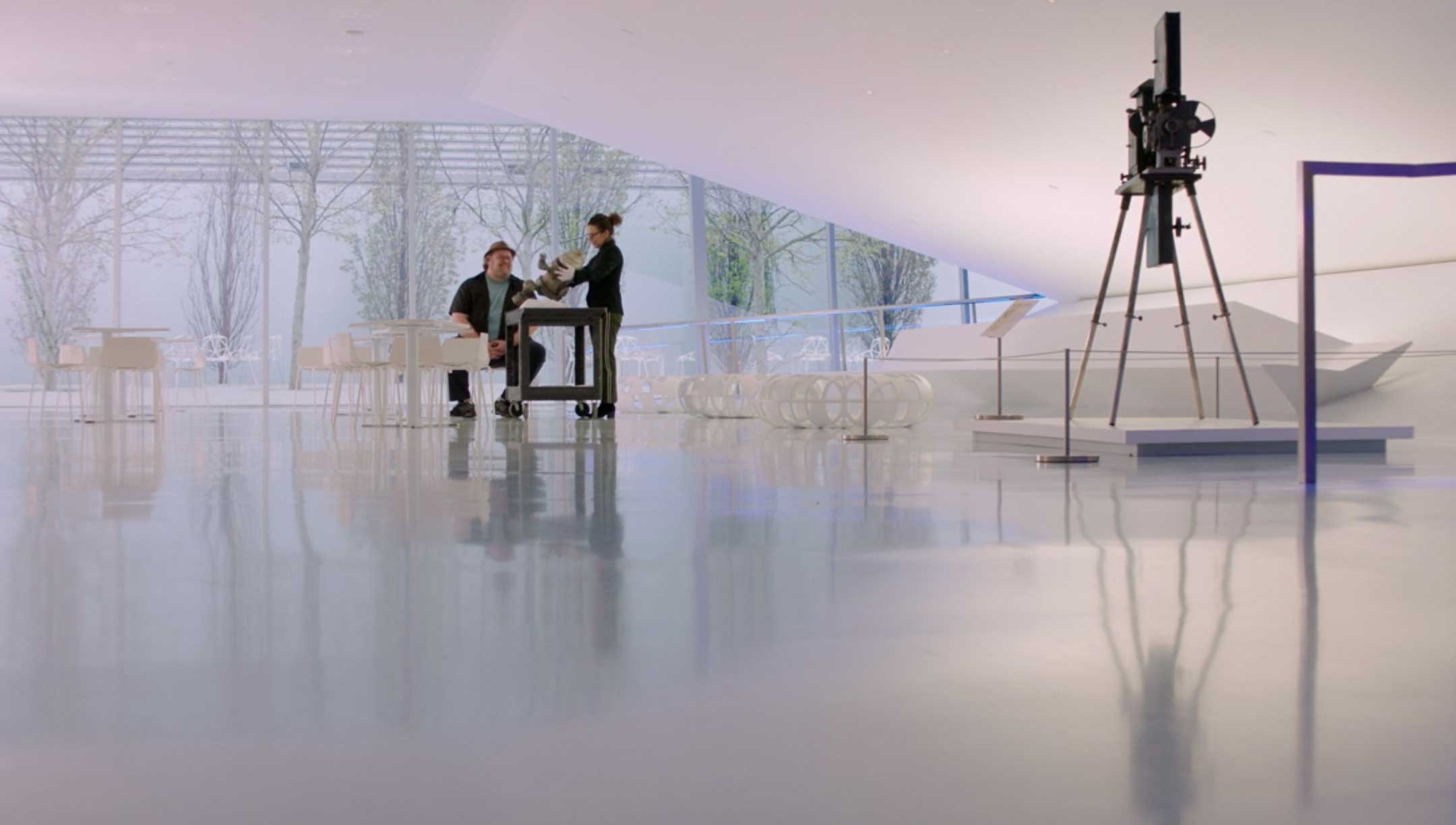 We’re itching to visit some of these places and see them in real life. Which location on our list are you most excited to visit? Which films would you like to see Dan tackle on the next season of Prop Culture? Let us know in the comments below!