A Photo Tour Of The BoardWalk's Hidden Disney Castles

A Photo Tour Of The BoardWalk’s Hidden Disney Castles

As a Disney fan, you’ve likely wandered the lobby of Disney’s BoardWalk Resort and checked out the neat models of carousels and roller coasters. You might have even spotted a model of Lucy the Elephant on the fireplace mantel, but if you look a bit higher up, you’ll notice an even grander decorative element – a series of framed paintings that hold a deep Disney secret. 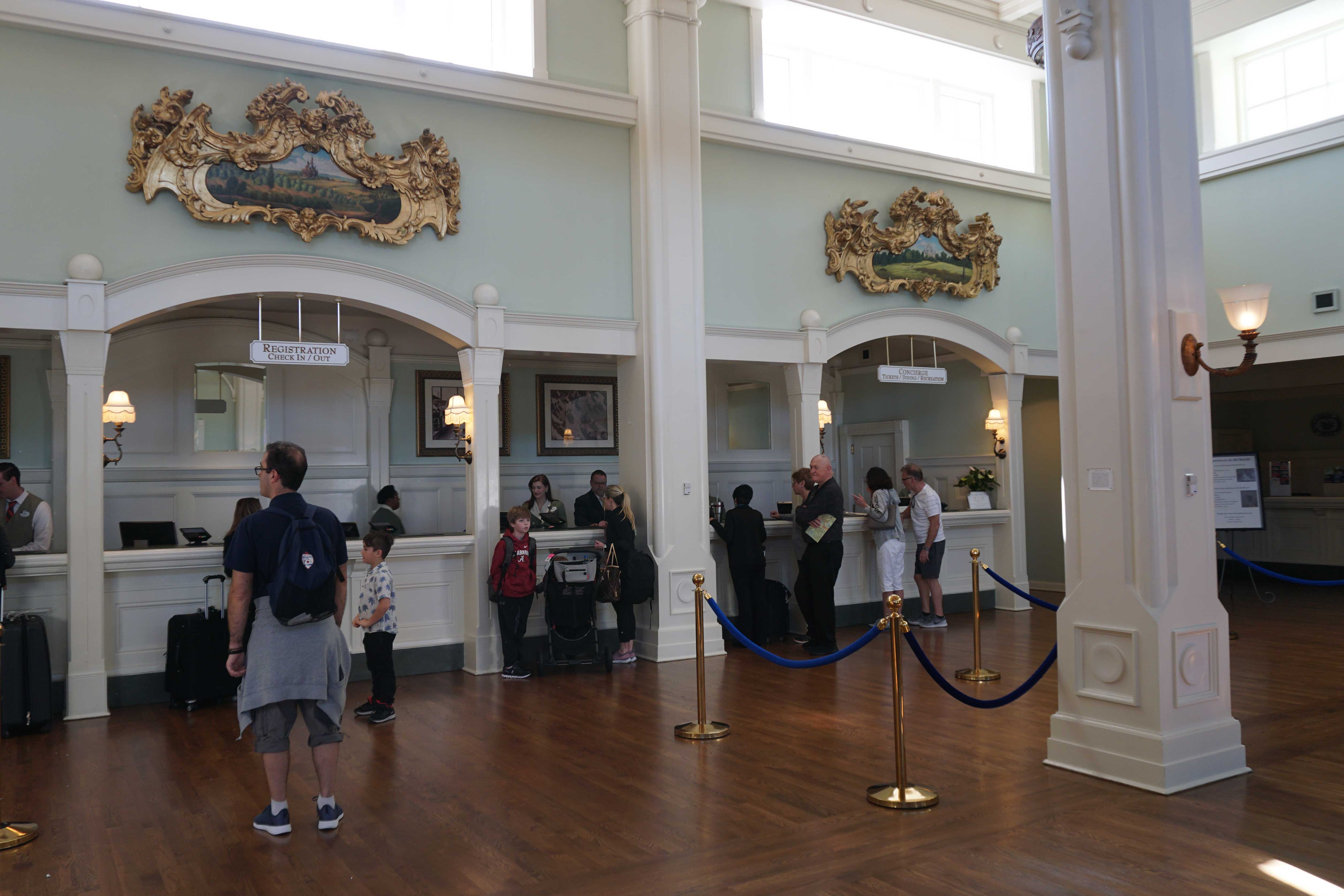 Just above the reception area and on the opposite wall, you’ll see a total of 6 gold-plated carousel rounding boards. A “rounding board” is the proper name for those framed scenes hung just below the canopy of amusement park carousels. On Prince Charming Regal Carrousel in the Magic Kingdom, you can find 18 rounding boards with hand-painted vignettes from Disney’s classic 1950 film Cinderella.

The ones hanging in the BoardWalk lobby pay tribute to the carousels found on the Atlantic City and Coney Island boardwalks of the 1920s that the resort was based on. At first glance, they may just look like generic scenes, but on closer inspection, we find 6 different real-life Disney castles hidden among the landscape. It’s really a salute to all castles, but mostly Disney ones.

The one that started it all. Walt’s first castle is depicted with a body of water to its left. This is presumably meant to represent the Pacific Ocean based on Disneyland’s west coast location. 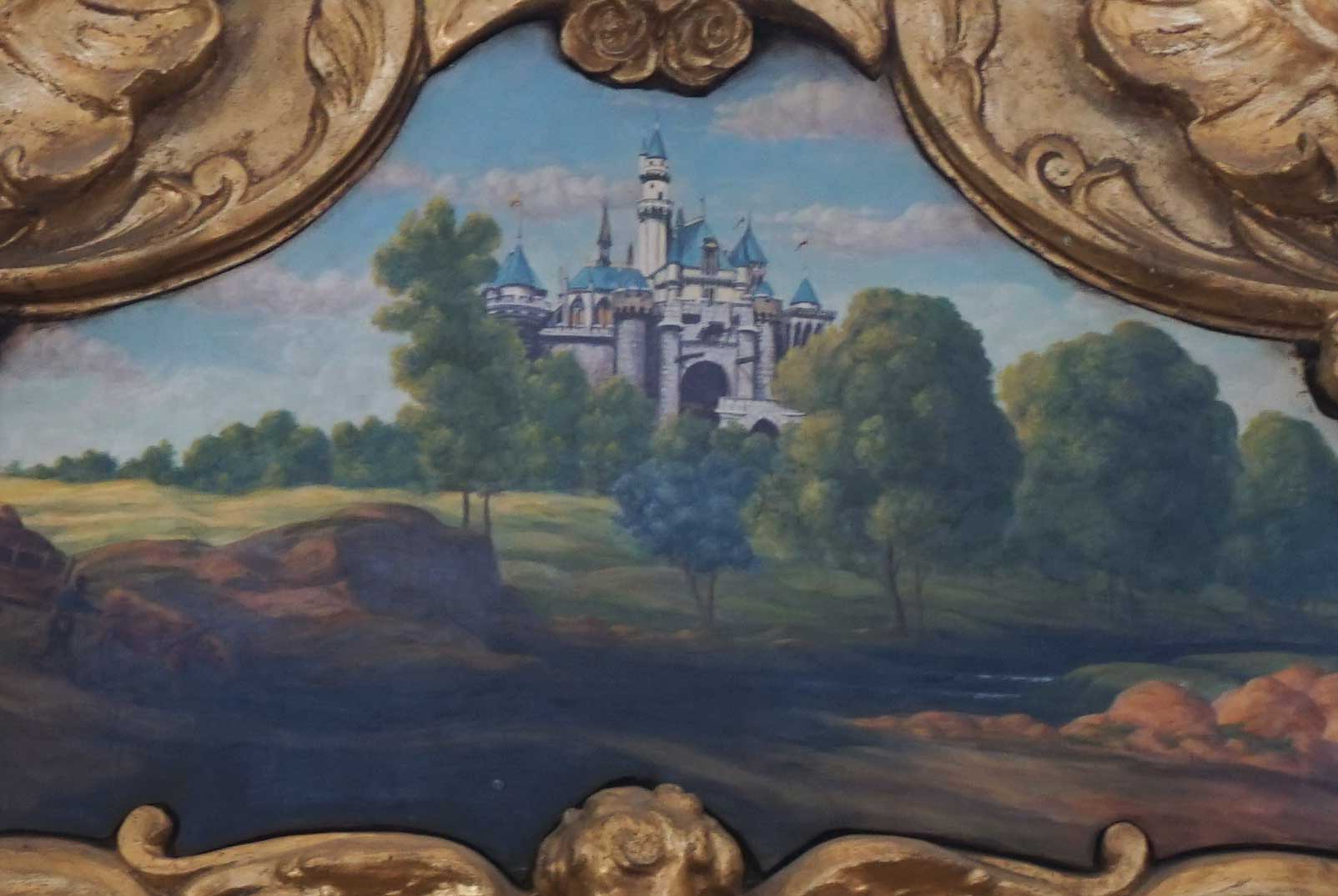 Walt Disney World‘s castle is shown with majestic beasts roaming the countryside. Did you know that Disney leases about 650 acres of undeveloped land to a local farmer for cattle grazing and tax purposes? 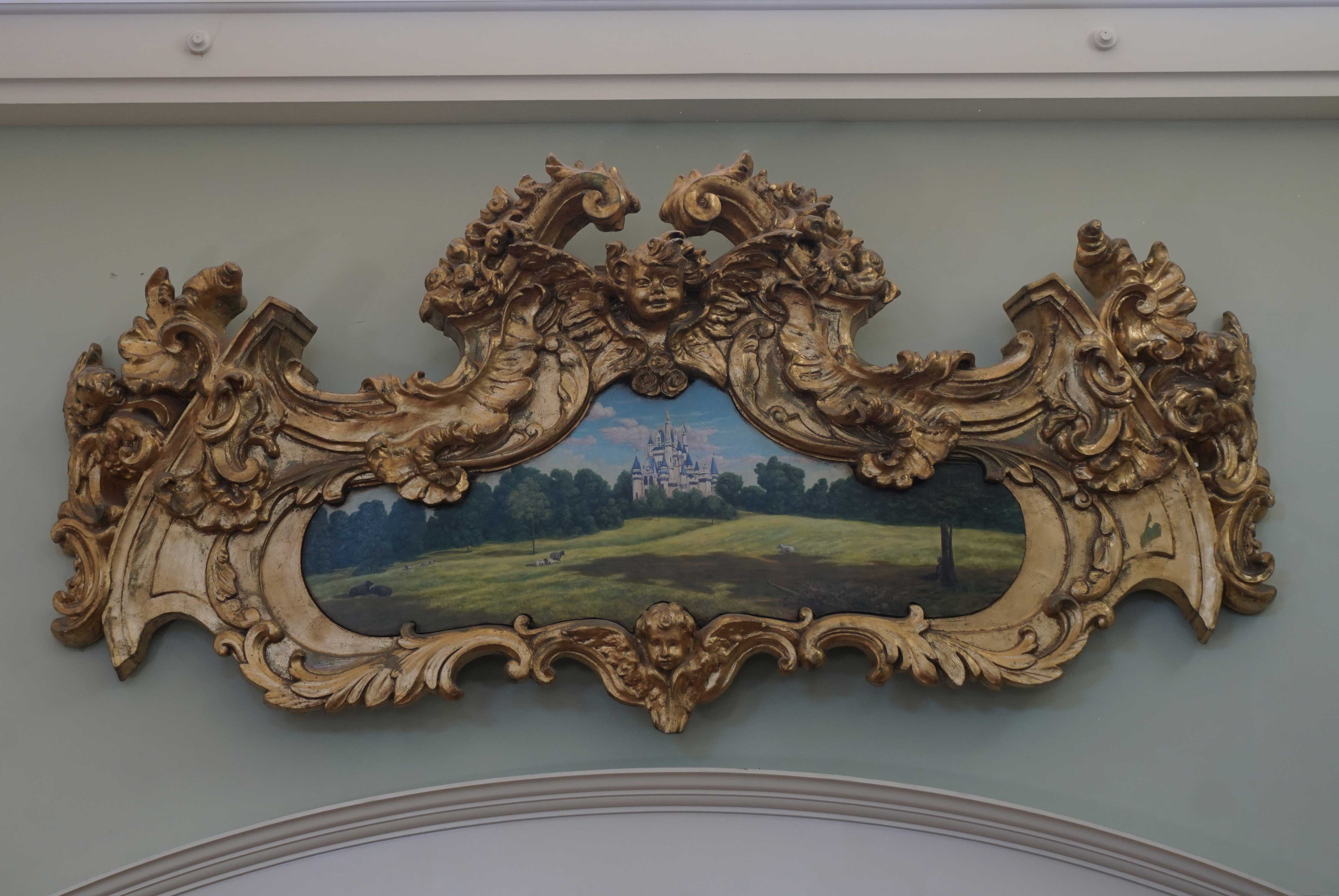 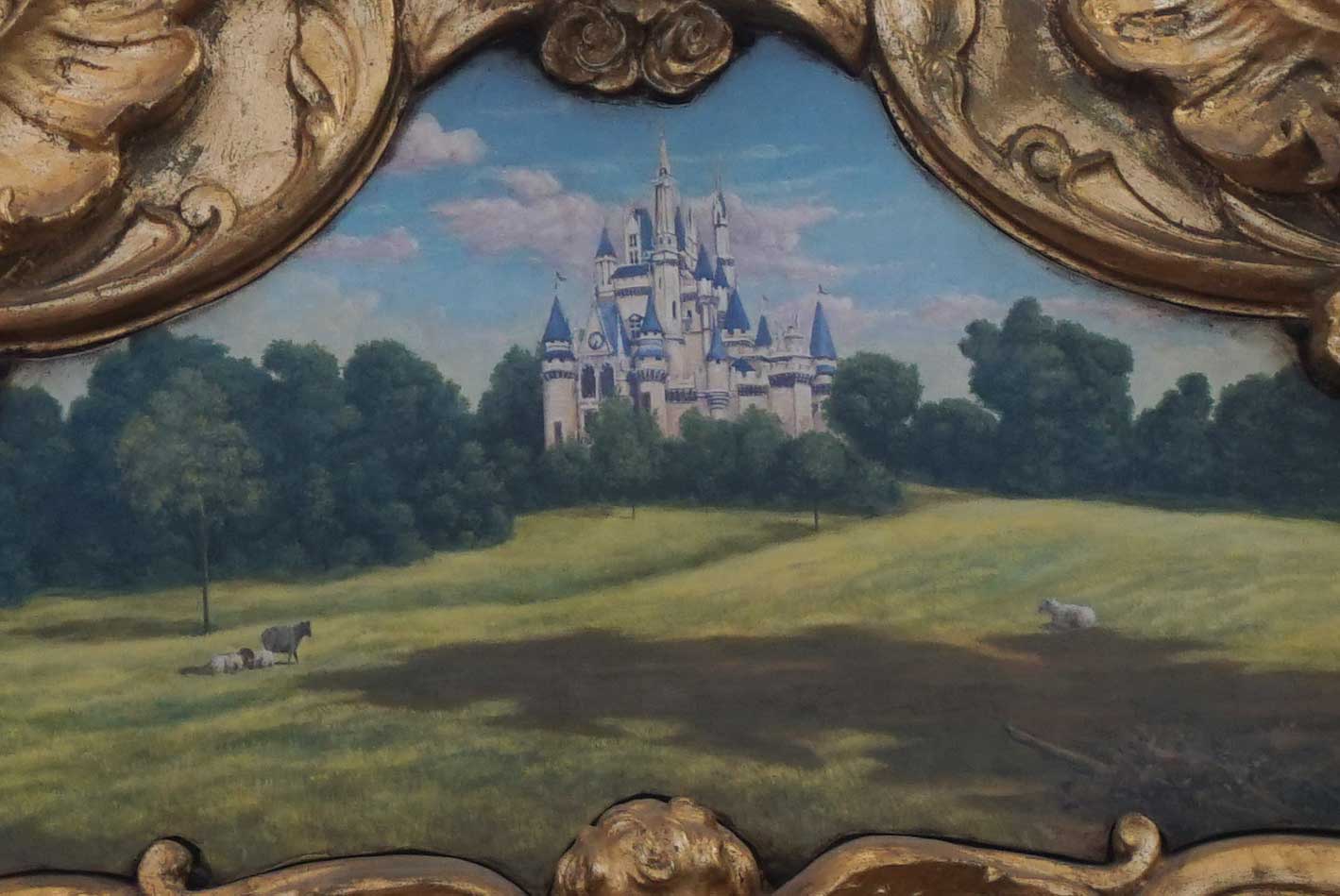 Though Tokyo’s castle is essentially a clone of Magic Kingdom’s, we know that this one represents the Japanese version based on the darker bricks on the lower half. 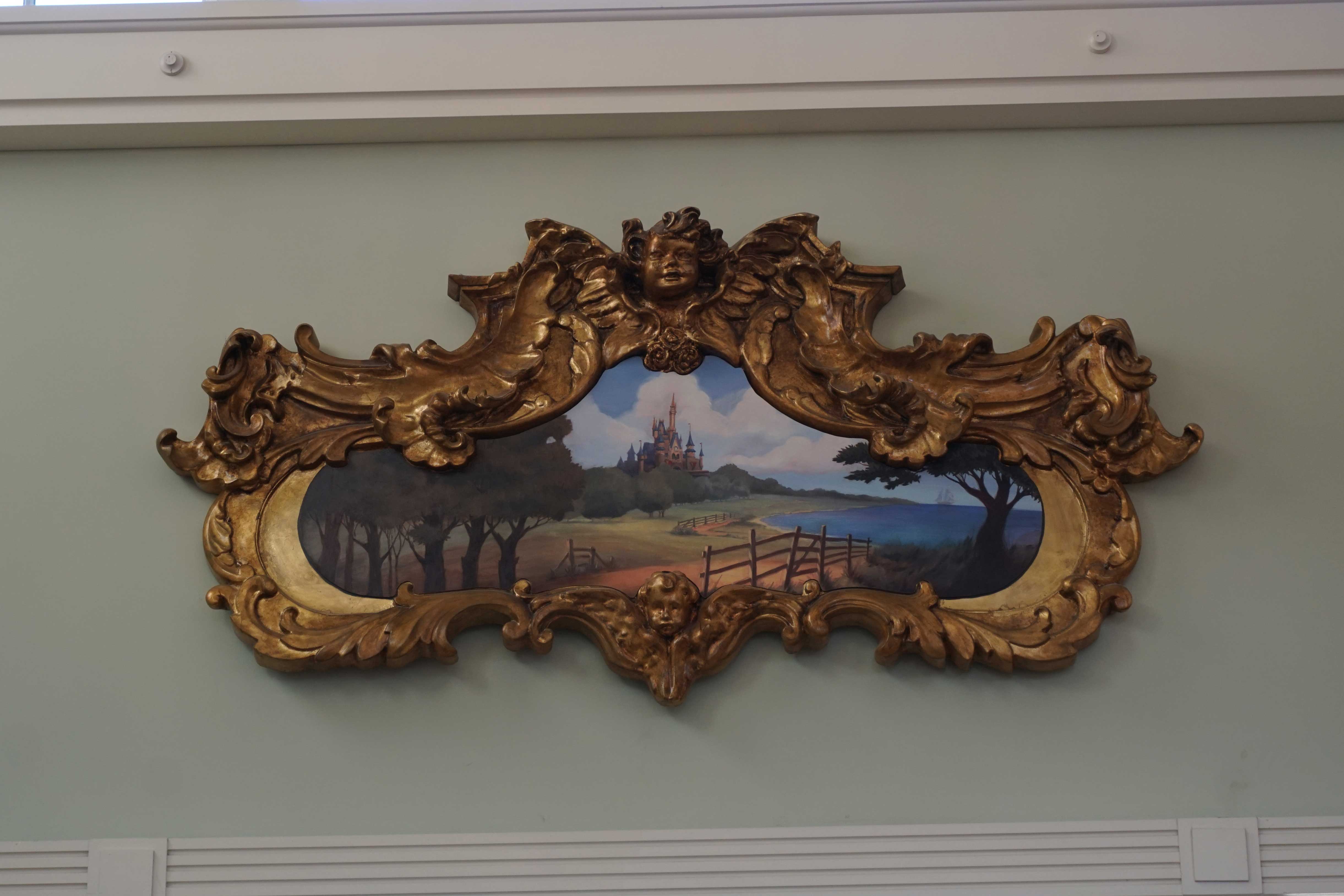 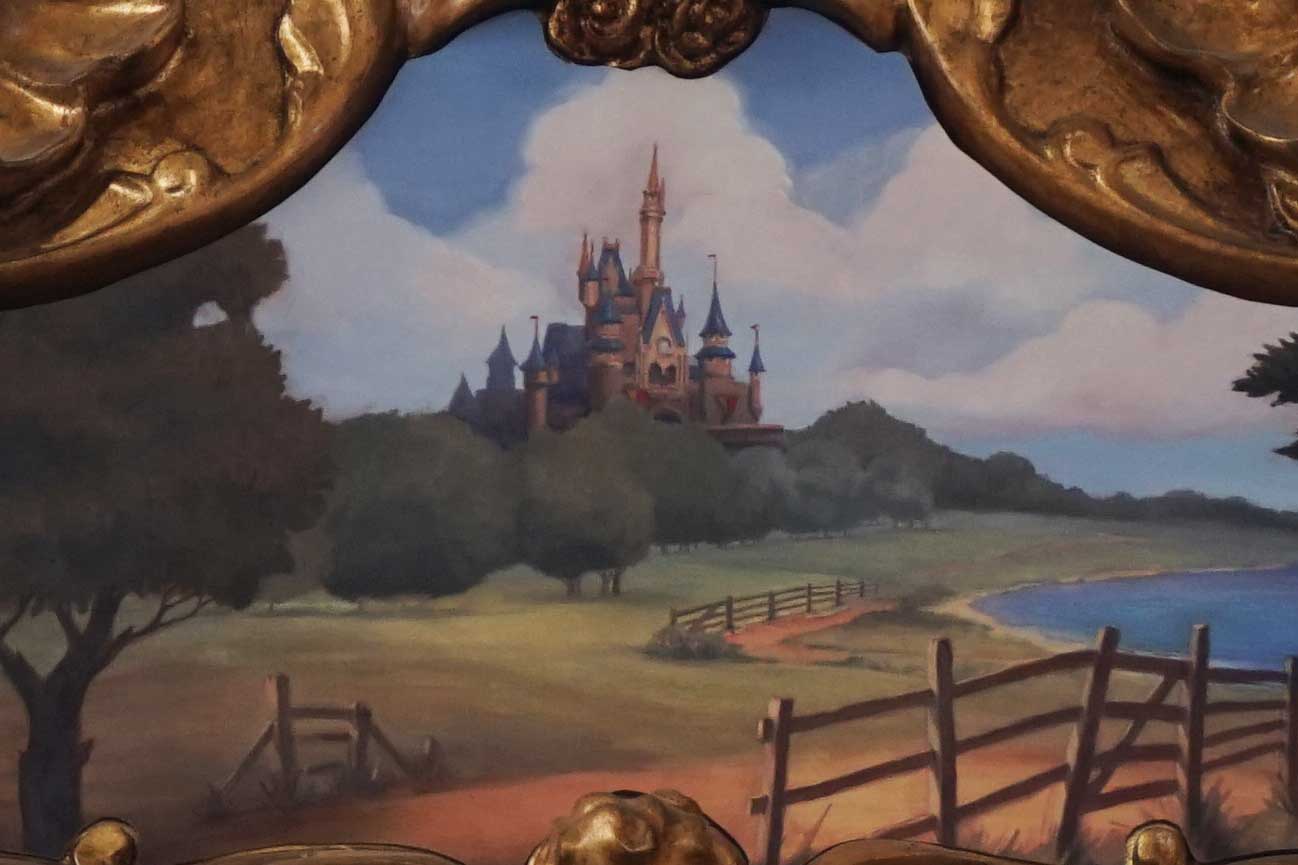 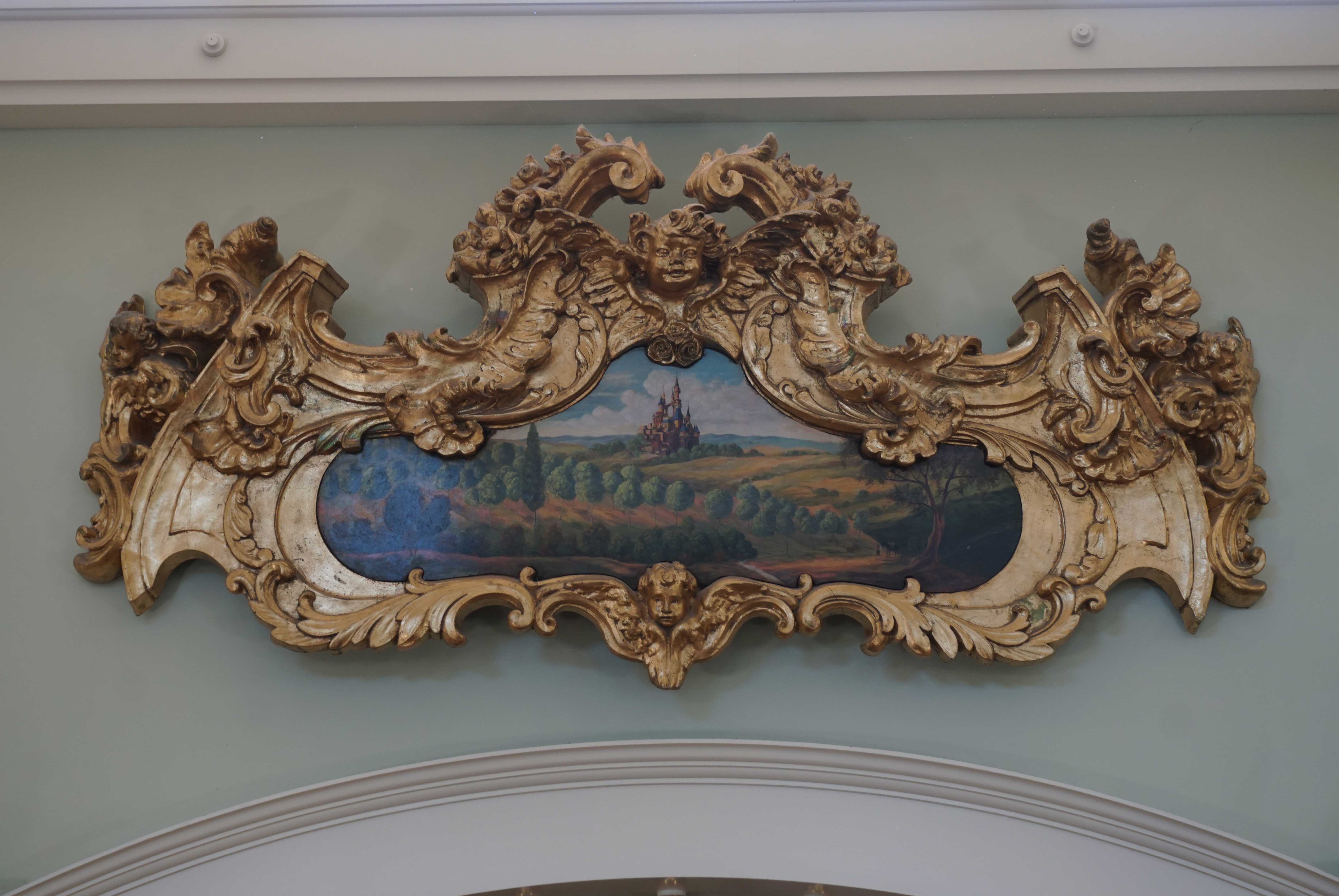 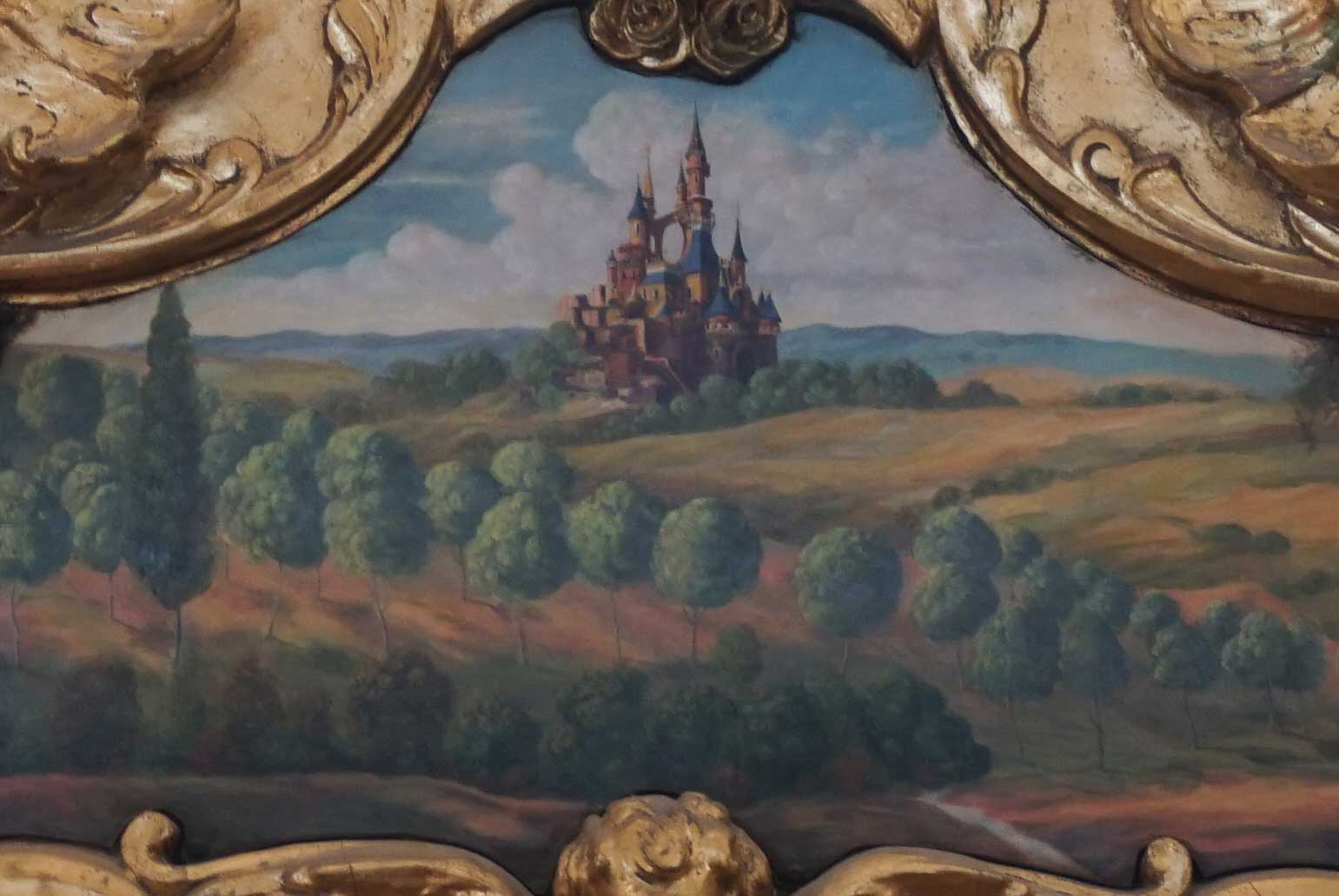 Hong Kong Disneyland’s castle is currently under renovation to transform into a Castle of Magical Dreams. The painting here still depicts it in its original state of Sleeping Beauty Castle, a clone of the Disneyland’s version, set among the majestic mountains of Hong Kong’s Lantau Island. Hopefully, we’ll see this painting get an update once the new castle debuts in 2020. 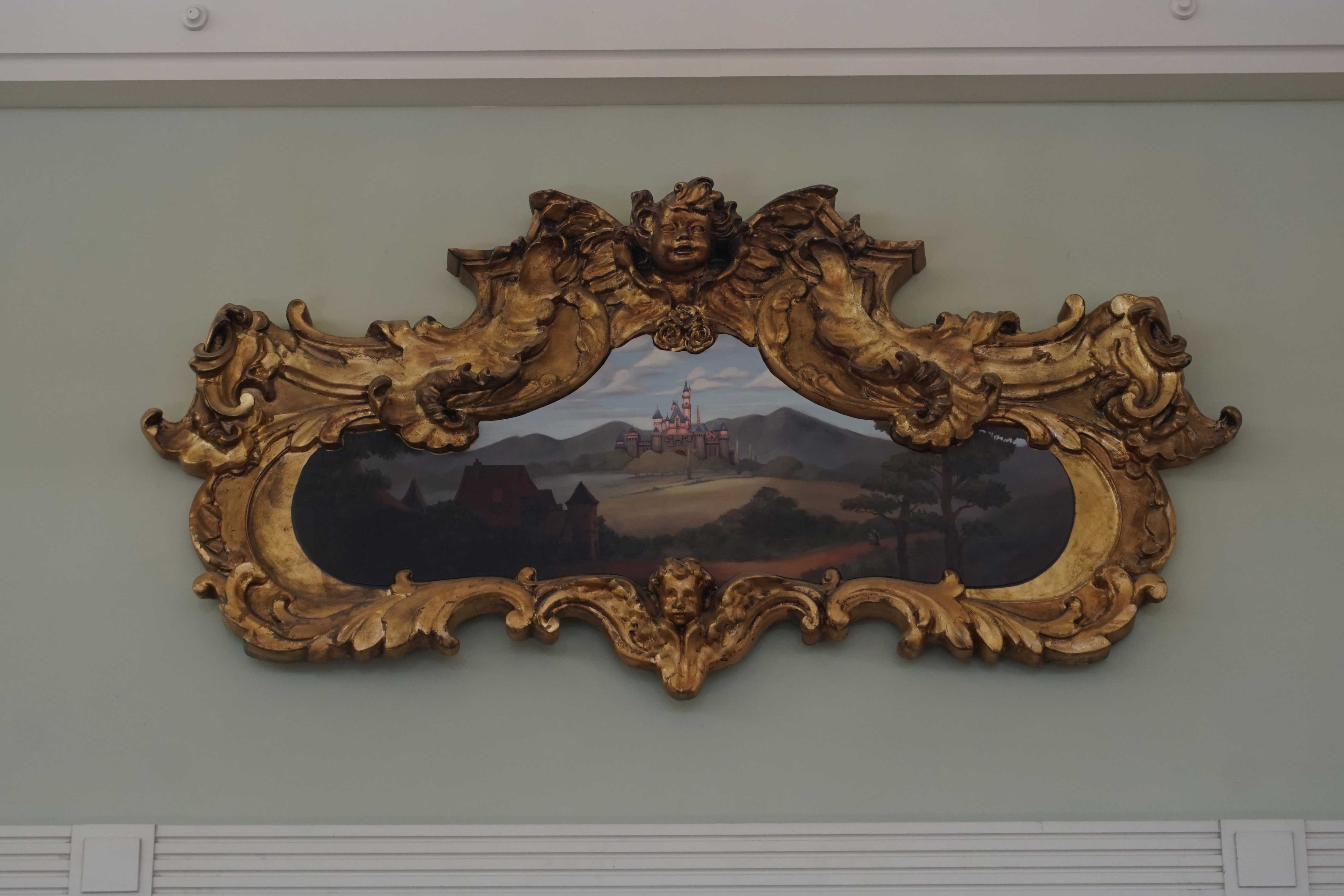 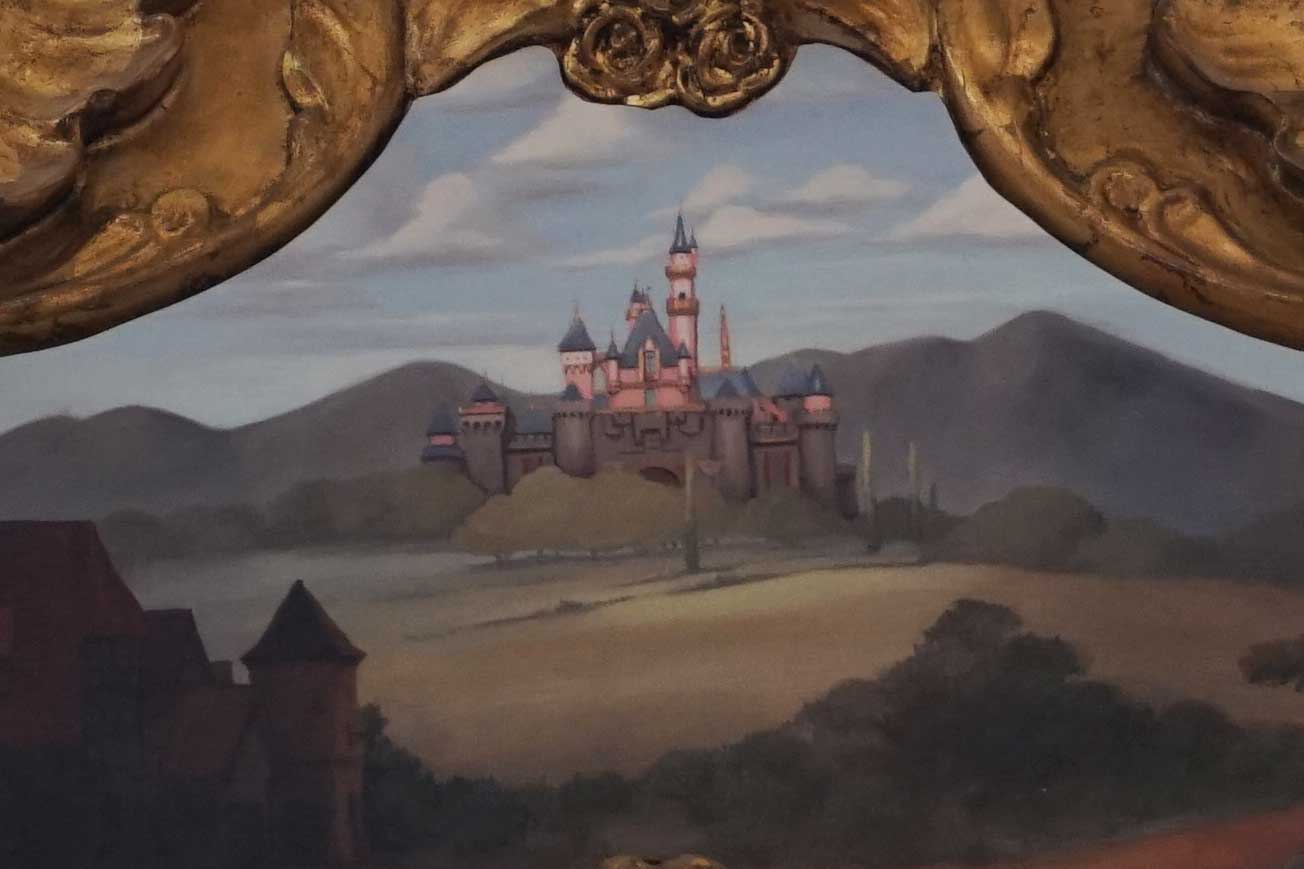 Disney’s newest and largest castle is authentically Disney and distinctly Chinese. Here we see it standing tall and proud in a head-on view among Shanghai Disneyland’s lush landscape. 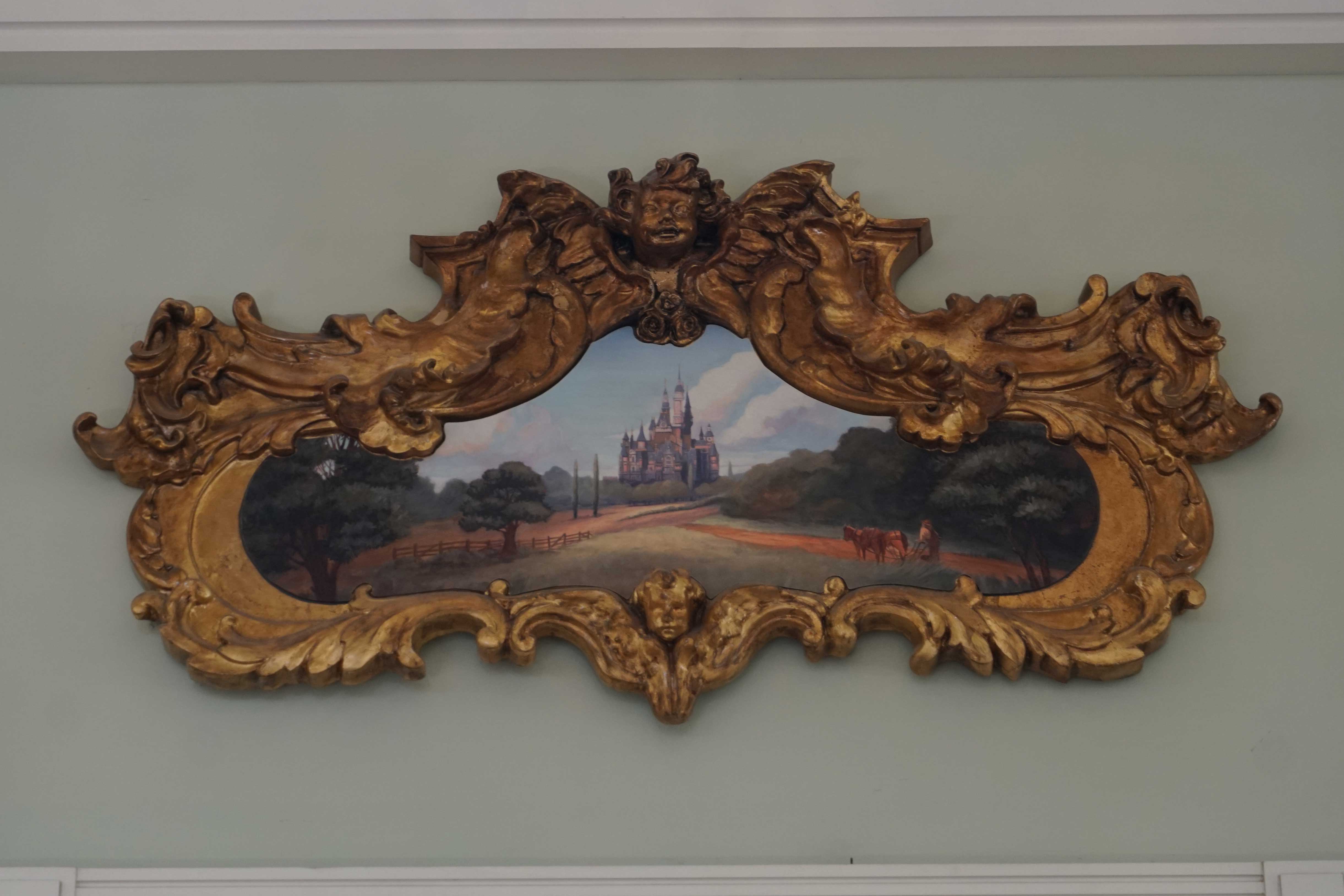 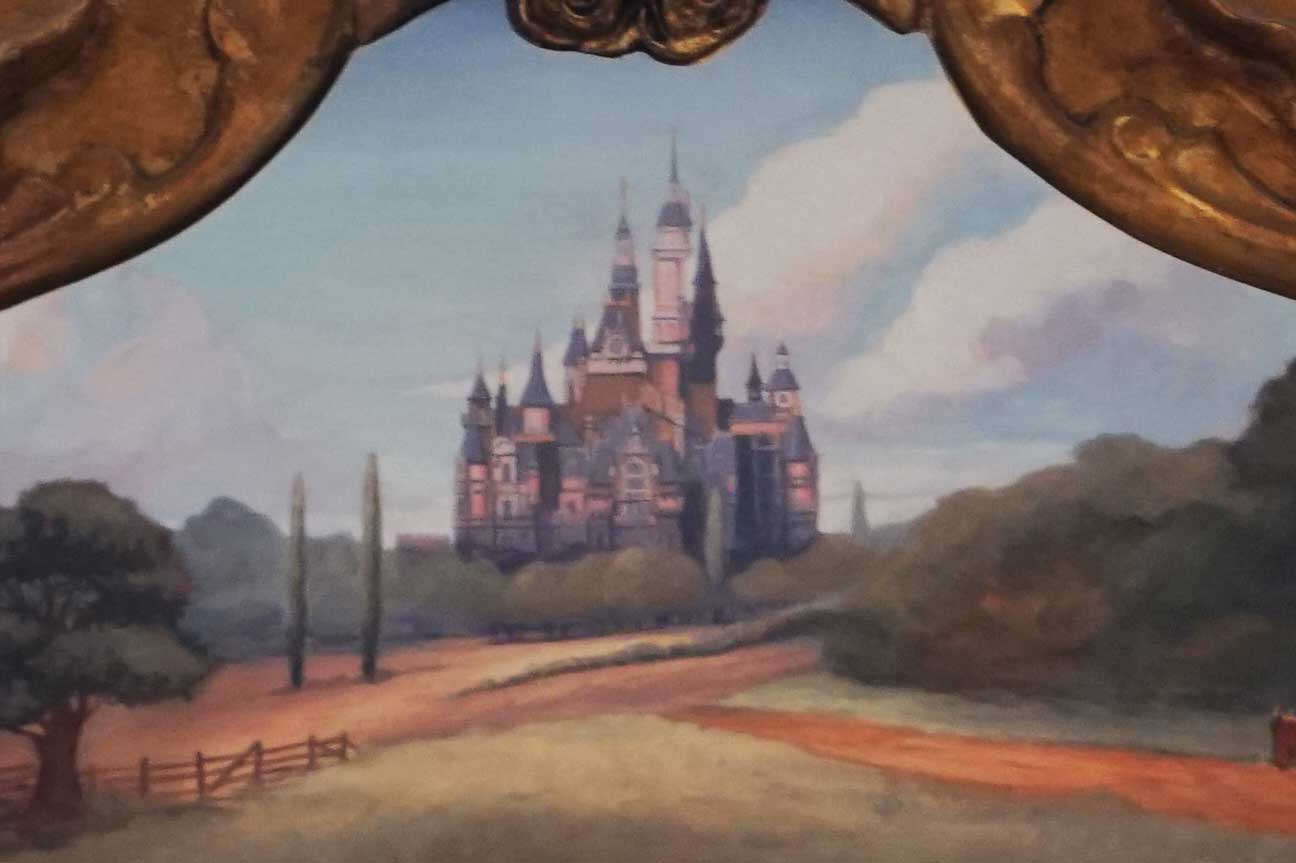