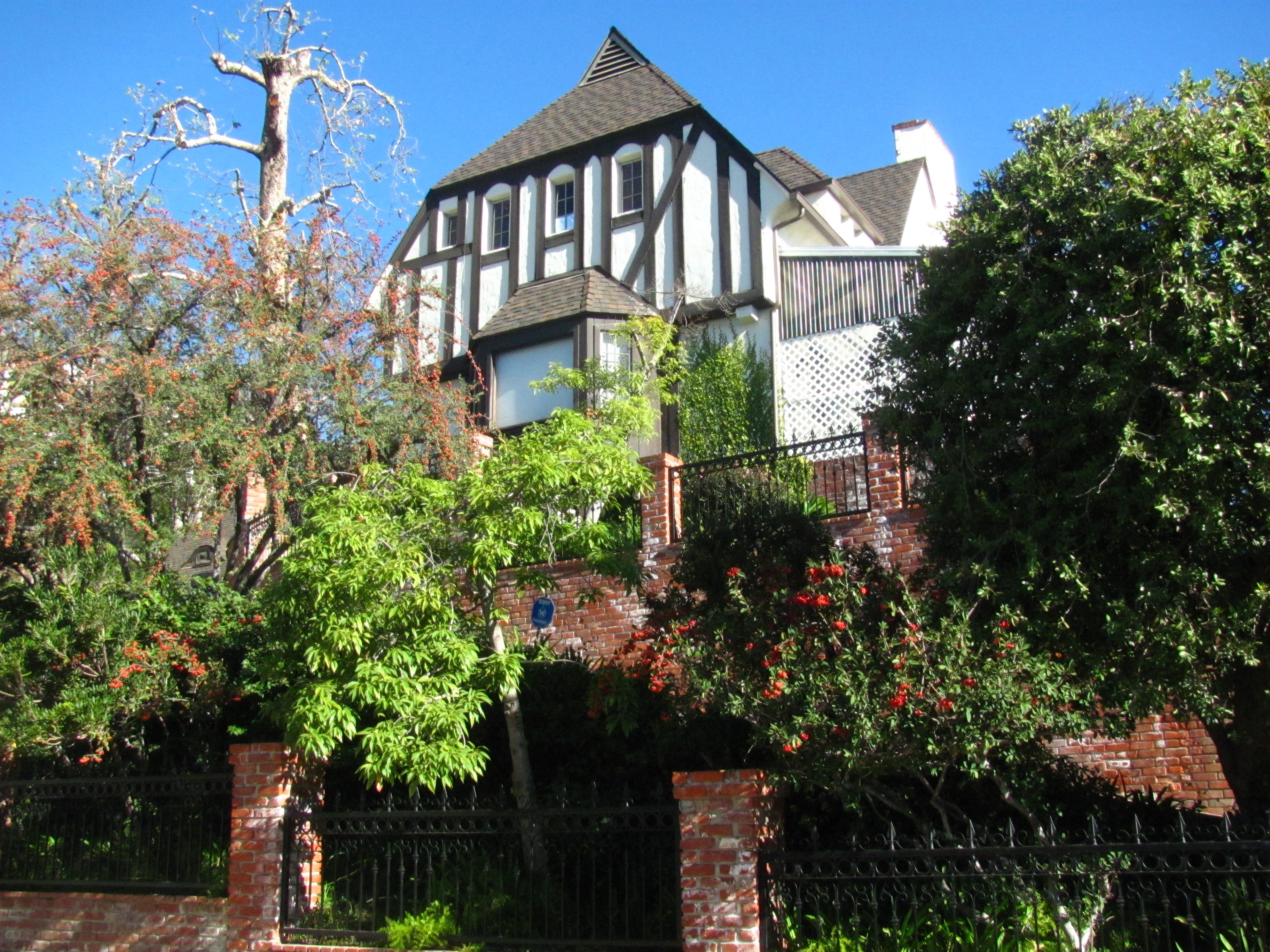 With the success of Mickey Mouse and his first Oscar win, Walt set out to build a mansion for his expectant wife here on Woking Way after living on Lyric Avenue for over 5 years. In 1932, the Disney family moved in.

Architect Frank Crowhurst designed this 12-room home with a pool, theater, gymnasium, and acre and a half garden.

Here in our grounds we have foxes, quail, ‘possums, rabbits, chaparral cocks, and a lot of other animals and birds, and we try to make them feel right at home.
– Walt interviewed in the January 1940 issue of Better Homes and Garden magazine.

This is the home where Walt’s daughters Diane and Sharon were raised and would spend hours reading Winnie the Pooh and Mary Poppins books which prompted Walt to acquire both and to turn them into the classic Disney properties they are today. They would also spend their Saturdays in the nearby Griffith Park, riding the Merry-Go-Round which sparked the idea for Disneyland.

In 1950, the Disneys moved to their Carolwood Drive estate. Today, this house remains as a private residence, not open to the public.