In 1950, Walt and the Disney family moved from their home on Woking Way to a new estate here on Carolwood Drive in the Holmby Hills neighborhood of LA.

With all the land here, Walt was able to build his Carolwood Pacific Railway, a half-mile long, 1/8th scale live-steam railroad which was inspired by his 1948 visit to the Chicago Railroad Fair with animator Ward Kimball. This new project of Walt’s re-ignited the passion he gained for trains while living in Kansas City and solidified his desire to have a train encircle his new magic kingdom of Disneyland, still in development.

Walt’s Carolwood Pacific Railway included a locomotive named Lilly Belle, an homage to his wife Lillian. Today, an original set of trains and tracks including a replica of the Lilly Belle now live on display at The Walt Disney Family Museum in San Francisco. Additional original parts of the railroad are on display in the lobby of Boulder Ridge Villas at Disney’s Wilderness Lodge (where an entire room is dedicated to the Carolwood Pacific) and at the Los Angeles Live Steamers Railroad Museum. A number of photos on display underneath the Walt Disney World Railroad’s Main Street Station show Walt playing and working on his trains.

Landscaping for the Carolwood estate (and the railroad) was done by Jack Evans and his younger brother Bill. Walt was so happy with the work they did here that he hired them to help landscape Disneyland. Bill continued working for the Disney Company for many years and is was honored as a Disney Legend in 1992 with windows on both Main Street USA in Disneyland and in the Magic Kingdom.

In this landscaped backyard, Walt also had a red barn where he would build, control, and monitor his miniature railway. He referred to the barn as his “happy place” as it was meant as a replica of the one from his family’s farm in Marceline, MO. The Carolwood barn has since moved to it’s current home at the Los Angeles Live Steamers Railroad Museum, of which Walt was a founding member. 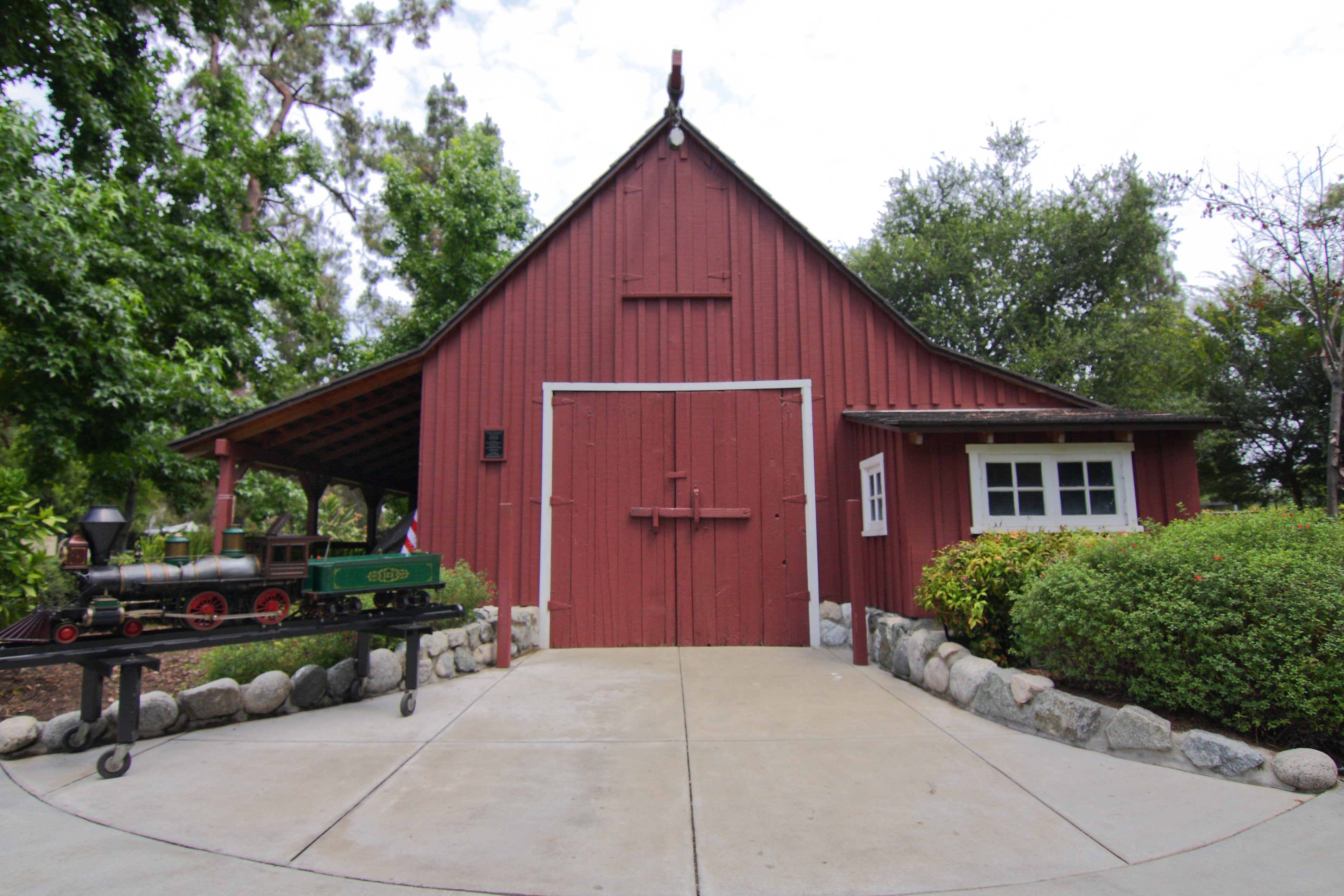 Both Walt and Lillian continued to live in this house until their respective deaths.

In 1998, the property sold for $8.45 million to Gabriel Brener who leveled the house and built a new one on the property in 2001. He did however keep the original gate (which can be viewed from the street and contains a [possibly] intentional hidden Mickey design), some of Lillian’s rose garden and the 90-foot tunnel for the Carolwood Pacific whose entrance is marked by a stone archway with the date “1950” on it.

The Carolwood Estate once again came to market and sold in June 2014 for $74 million.