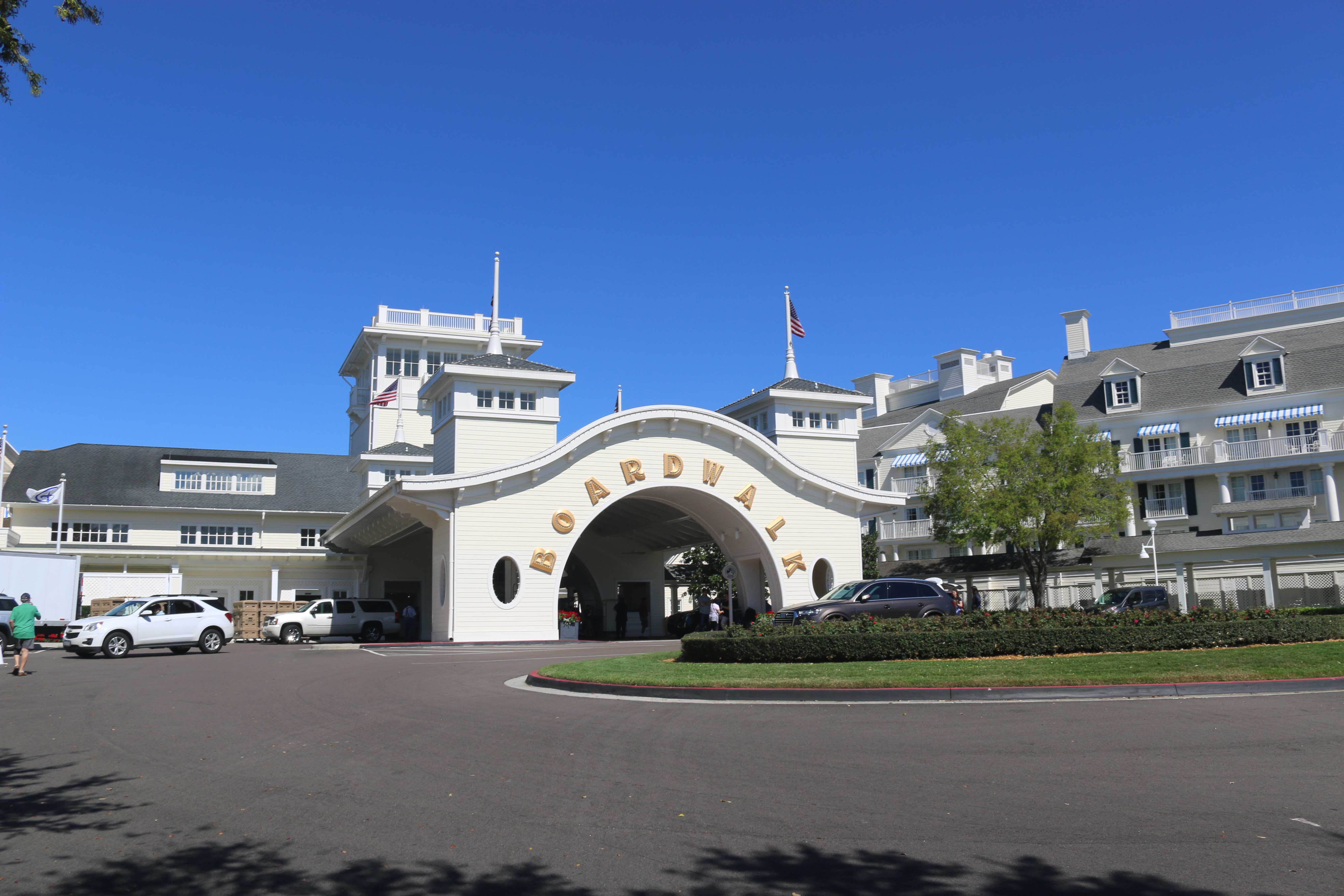 The main entrance to Disney’s BoardWalk

The lobby of Disney’s BoardWalk Resort contains a number of homages and references to the Atlantic City and Coney Island boardwalks that it was based on.

Walking into the main entrance from the parking lot, we find a Hippocampus Electrolier and carousel model under it. 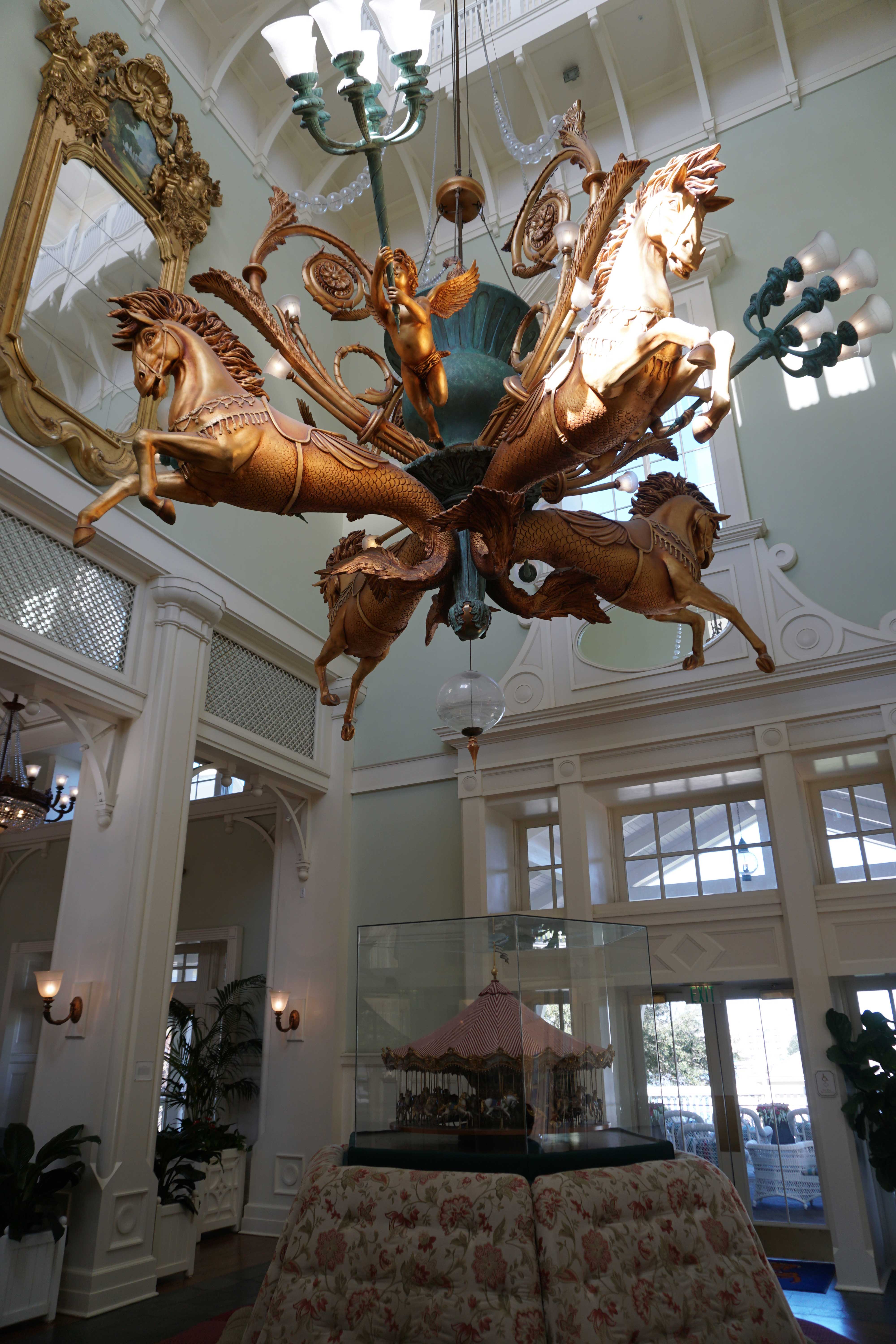 The lobby’s chandelier and carousel model

The electrolier (fancy word for chandelier) depicts four, 22-karat gold leaf Hippocampi: mythical creatures that are part horse and part fish. Early carousels of the seaside boardwalks would feature sculpts of beasts like these in addition to typical horses.

Below the chandelier is a scale model of a carousel created by MC Illions, one of the most well-known carousel designers, as a way to sell his full-sized attractions to potential buyers. The model was purchased in 1995 and restored by Disney for inclusion in the BoardWalk lobby. 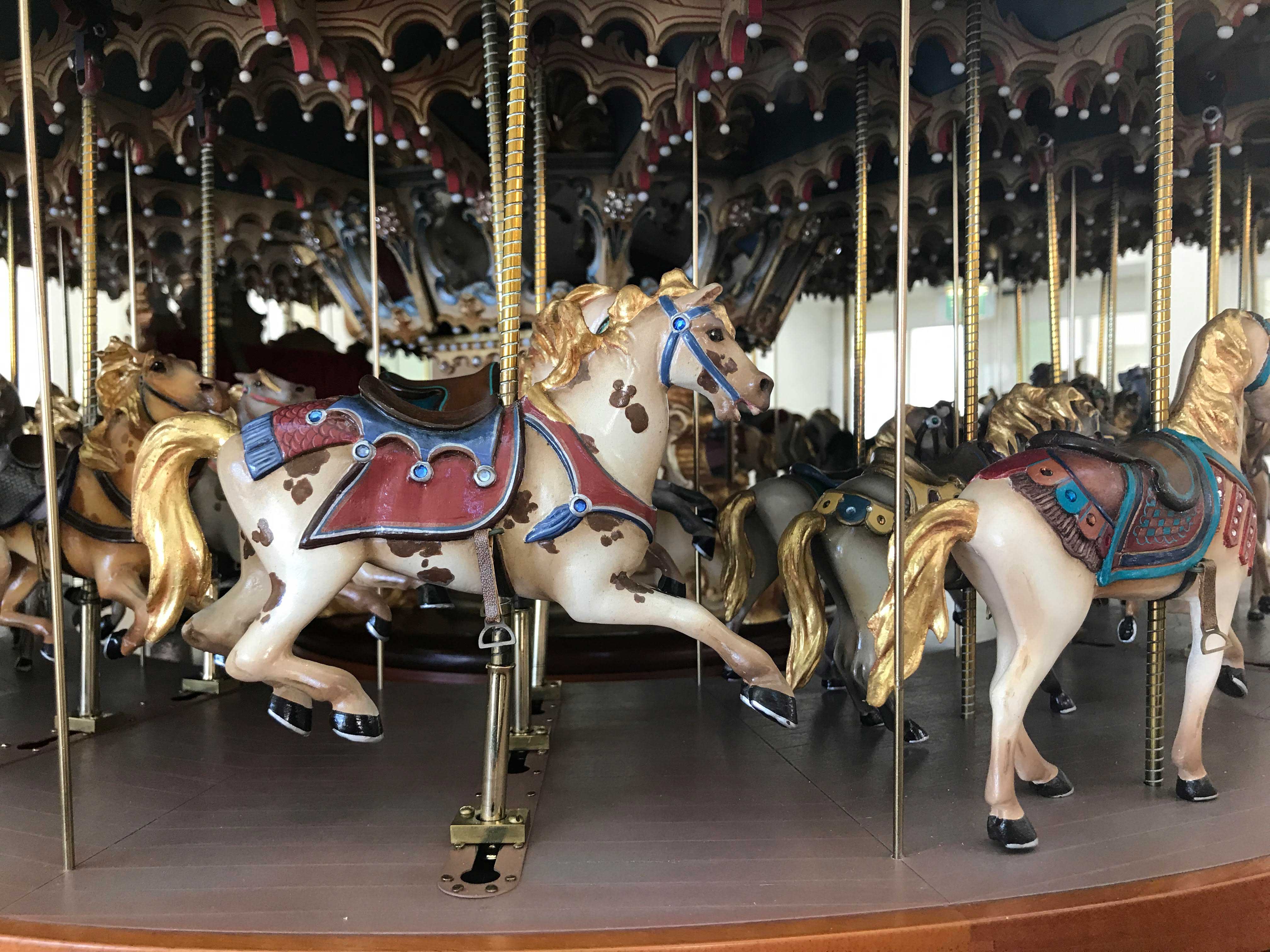 Can you spot the hidden Mickey?

Walking towards the main lobby area, we see six carousel rounding boards, evenly spaced around the room. Each one depicts a different Disney Park castle! See closeup photos of each and read more in our blog post: A Photo Tour Of The BoardWalk’s Hidden Disney Castles. 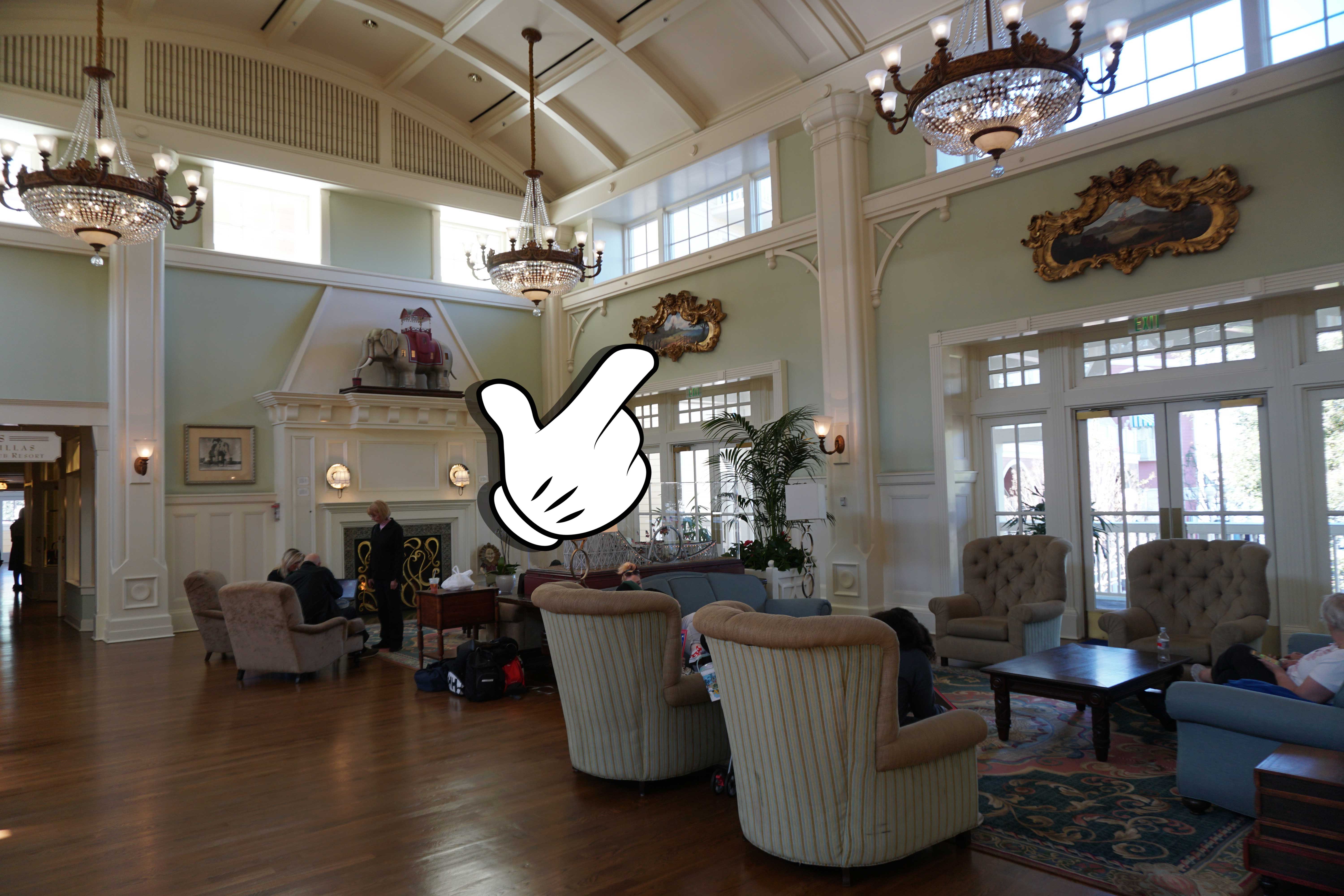 One of six carousel rounding board paintings

About halfway down the lobby, we find a model of a roller coaster. This is the Flip Flap Railway, America’s first looping coaster. It was built at Sea Lion Park on the Coney Island boardwalk and though it was well known for causing neck injuries and discomfort, the ride managed to last 7 years before being torn down. Sea Lion Park eventually became the original site of Luna Park. A photo of the actual ride hangs on a wall to the right of the fireplace. 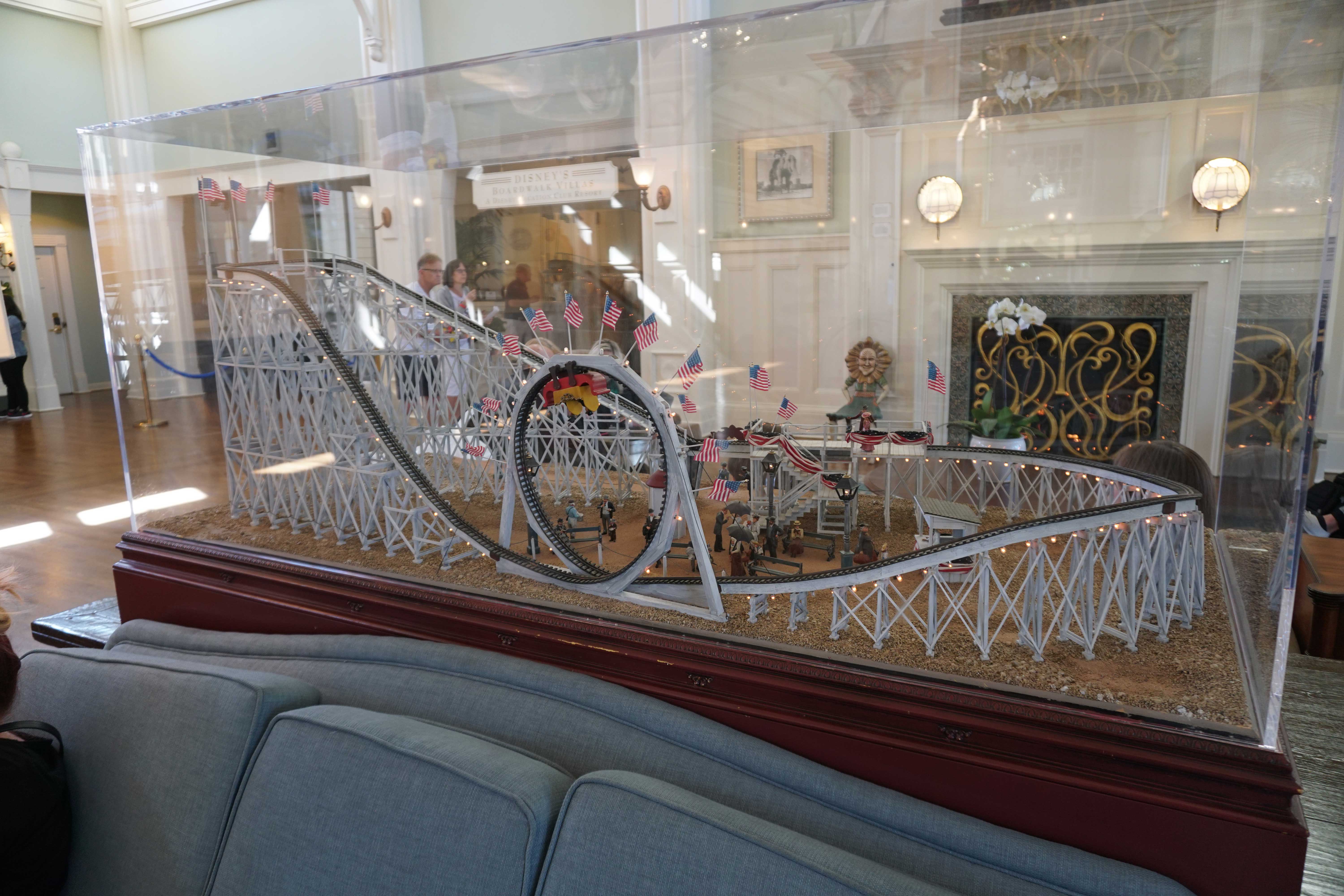 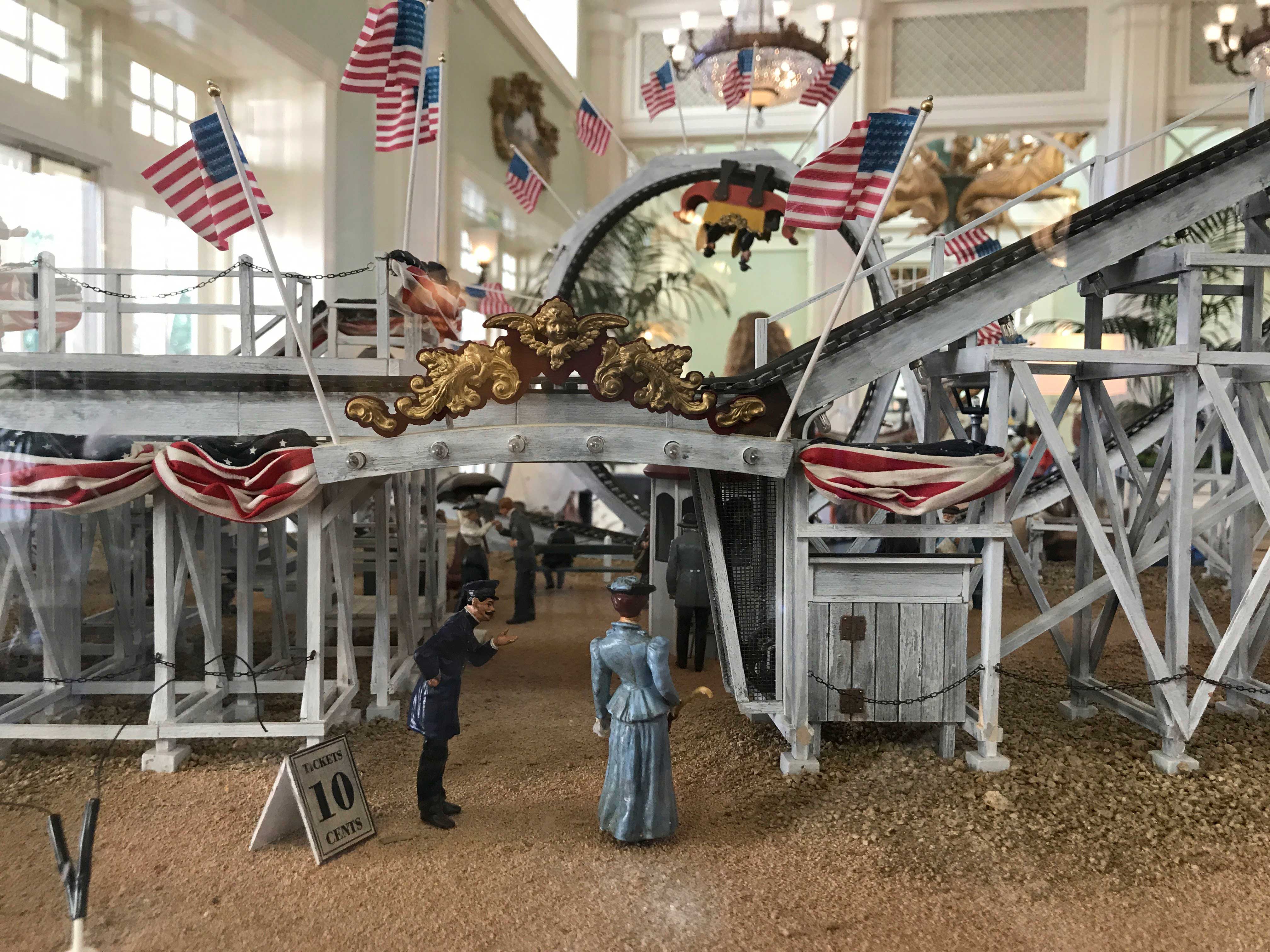 “G’day Missus. May I interest you in some whiplash?”

At the far end of the room, on the fireplace mantel, is a scale model of Lucy the Elephant. Lucy was a larger-than-life elephant structure built to attract tourists to the nearby Boardwalk of Atlantic City, New Jersey. It still stands today and has been deemed a National Historic Landmark. Owner James V. Lafferty had built a similar elephant as a hotel near the Coney Island boardwalk but it sadly burned down in 1896. 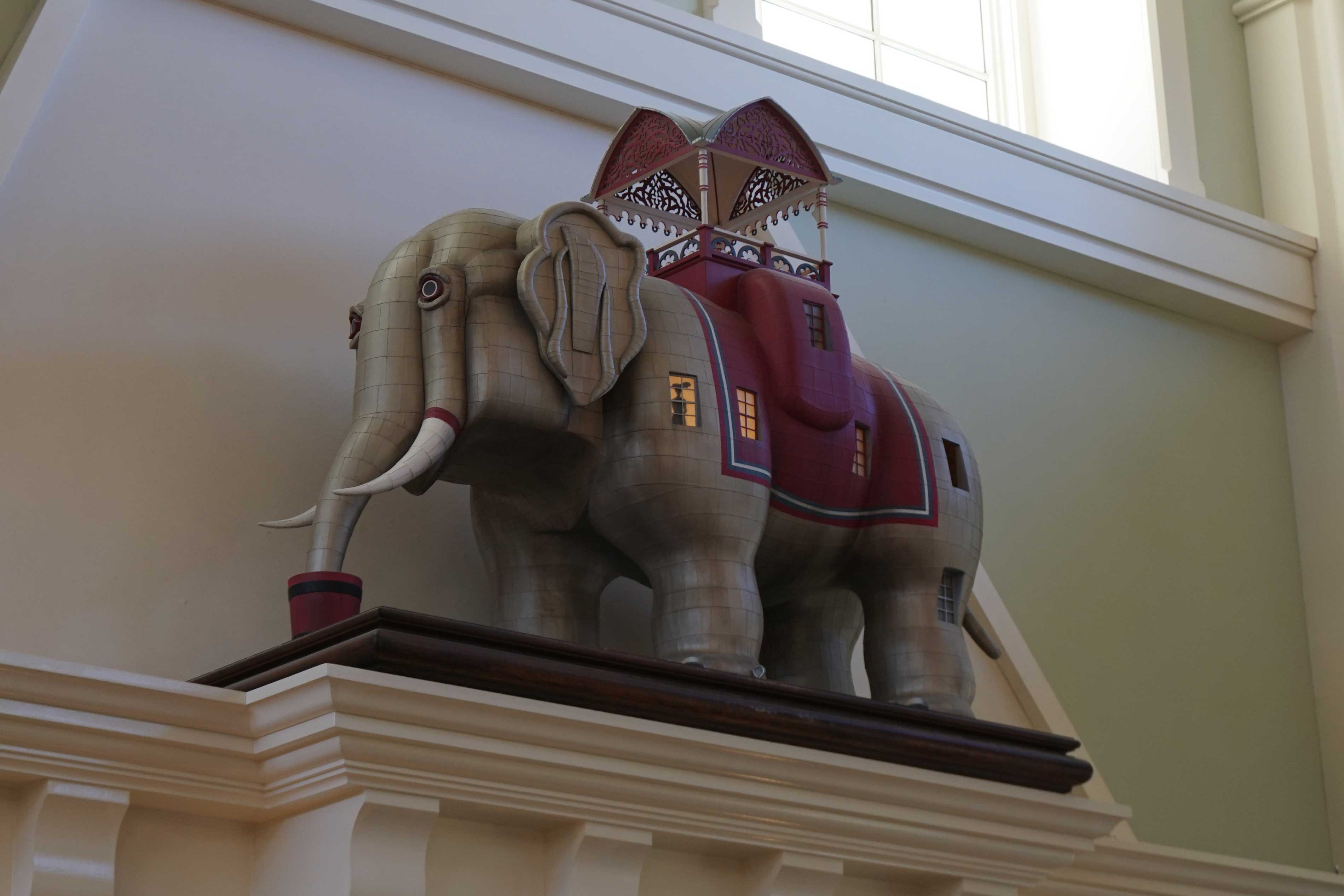 A closeup of the model of Lucy

Just under the mantel (unless they’ve mysteriously walked away, which they sometimes do) sit a couple of creepy chairs named Paul and Todd. These face chairs (or “Nanny chairs”) were cast from original 1880 ones which were installed on 19th-century European carousels to offer caregivers a rest while their kids rode the ride. They are the stuff of nightmares, so don’t look them directly in the eye. 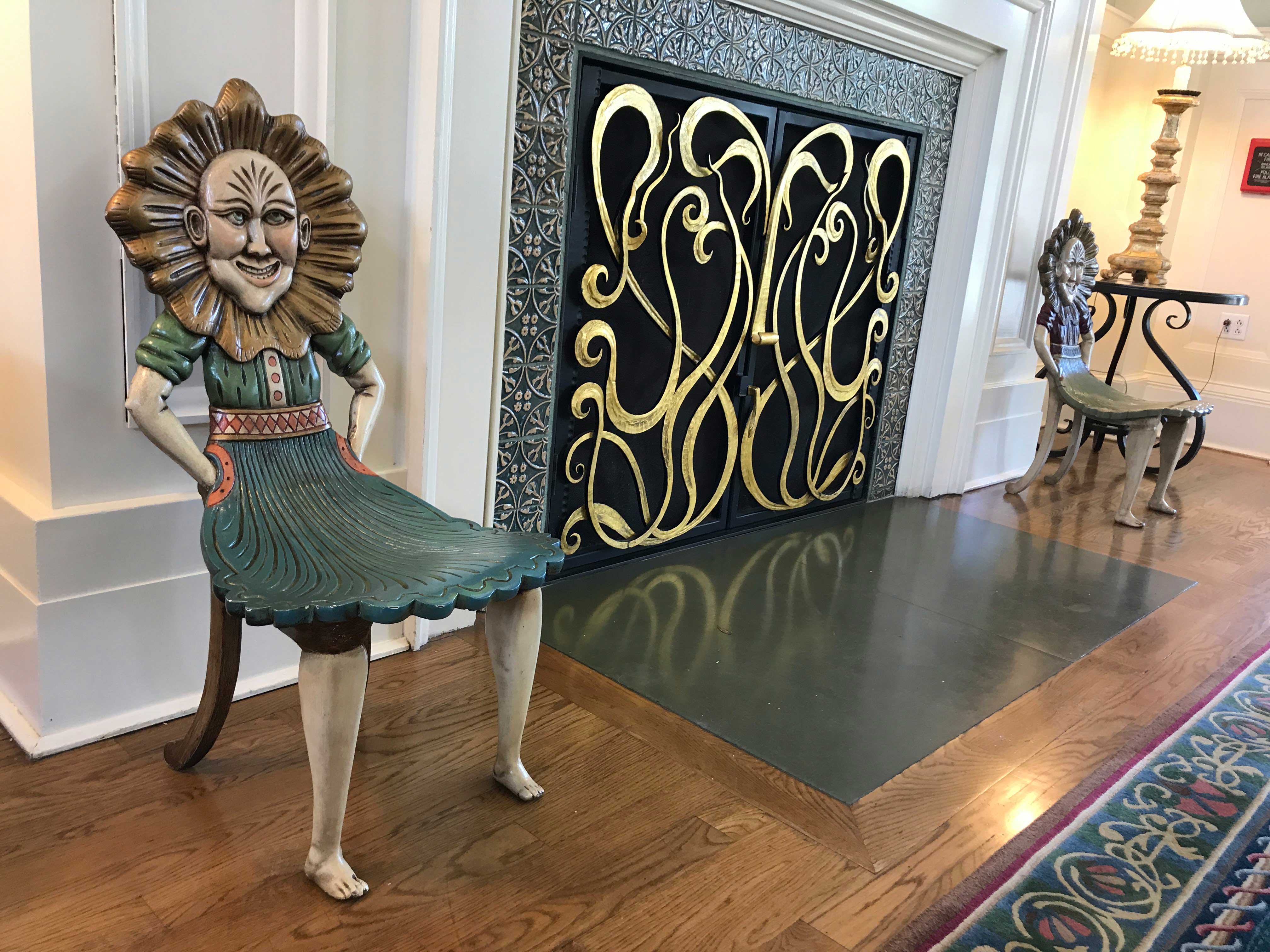