Named for its location 1,222 meters above sea level, the Finse 1222 is a full service hotel in the remote and tiny village of Finse, Norway. The town, only reachable by train or on foot, is the gateway to the spectacular Hardangerjøkulen glacier, known to locals as Hoth as it was the primary filming location for the 1980 classic, Star Wars: Episode V – The Empire Strikes Back.

A directory of local hiking trails outside the hotel

In 1979, cast and crew stayed at this hotel while filming scenes on the glacier, in the nearby valley, and in the immediate area on the back side of the hotel when snowfall was too intense to shoot further away.

The back side of Finse 1222, where scenes from The Empire Strikes Back were filmed

“If you turn the cameras around from that scene, there’s people out on their balcony sipping cocoa watching us”
– Mark Hamill

Luke having a trip after tripping on snow. This scene was shot just outside the hotel’s back entrance. Image ©Disney/Lucasfilm

The hotel’s lobby has a display of Star Wars related memorabilia including a screen-used Rebel Trooper hat and a copy of The Making of Star Wars: The Empire Strikes Back.

A screen-used Rebel Trooper hat (white) among other memorabilia

A room on the second floor houses a small museum displaying production photos and local news-clippings related to the filming of The Empire Strikes Back in Finse. A full-sized replica Snowtrooper costume is also on display and makes for a great photo-op. The room is free to visit, just ask hotel staff for directions on how to find it.

A snowtrooper keeps watch over the gallery

This room is also used as a venue for hosting talks related to their VISIT HOTH program, an annual event hosted by the hotel for Star Wars fans and cosplayers to come together and celebrate the locations visit to the infamous movie.

If you ever plan to VISIT HOTH, be sure to pick up a special edition Star Wars Empire™ Crew Parka by Columbia Sportswear, inspired by the blue jackets worn during the filming of The Empire Strikes Back. 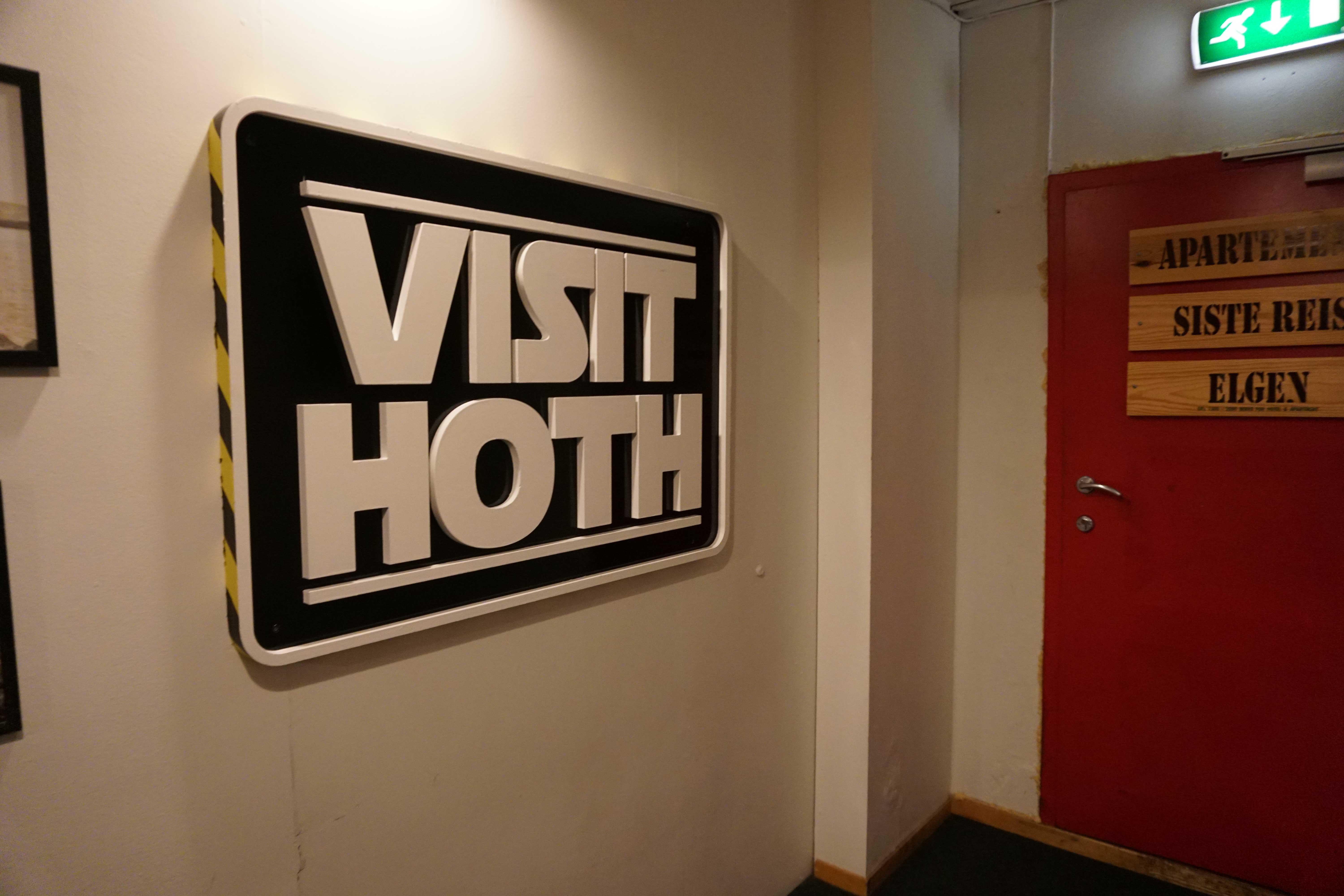