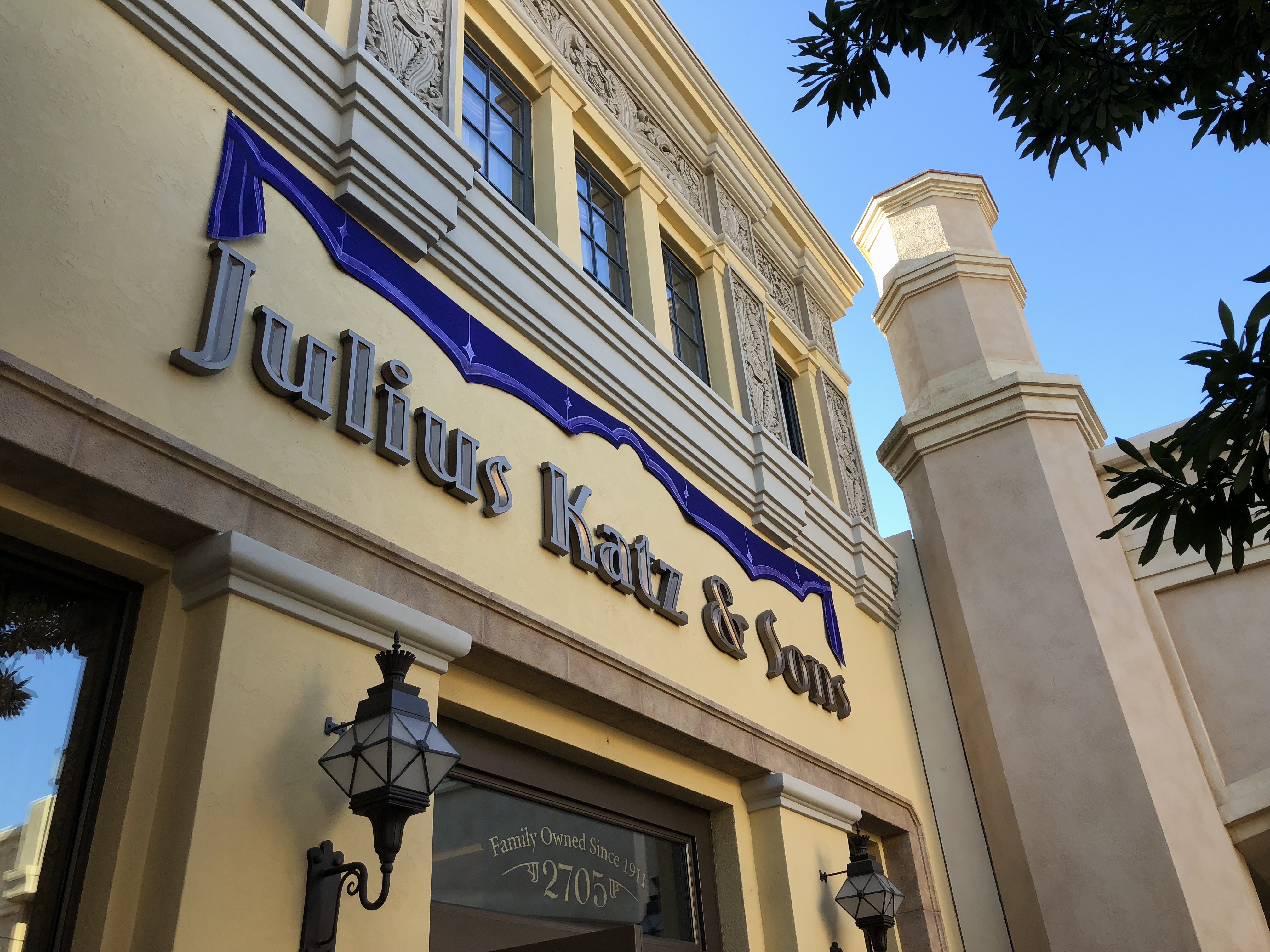 Julius Katz & Sons is a shop on Buena Vista Street in Disney California Adventure. The name references Julius, an homage to an animated cat who joined the live-action Alice in Disney’s silent Alice in Cartoonland shorts of the 1920s.

Another entrance to the shop has a facade of Atwater Ink & Paint which refers to the Atwater Village district of Los Angeles. This area was frequented by Walt and his animators in the early days of the Disney Studio, when it was located just across the Glendale-Hyperion Bridge, in Silver Lake. The “address” of this fictional part of the shop is is “2719 Buena Vista Street” which itself is a reference to the address of the original site of the early animation studio. 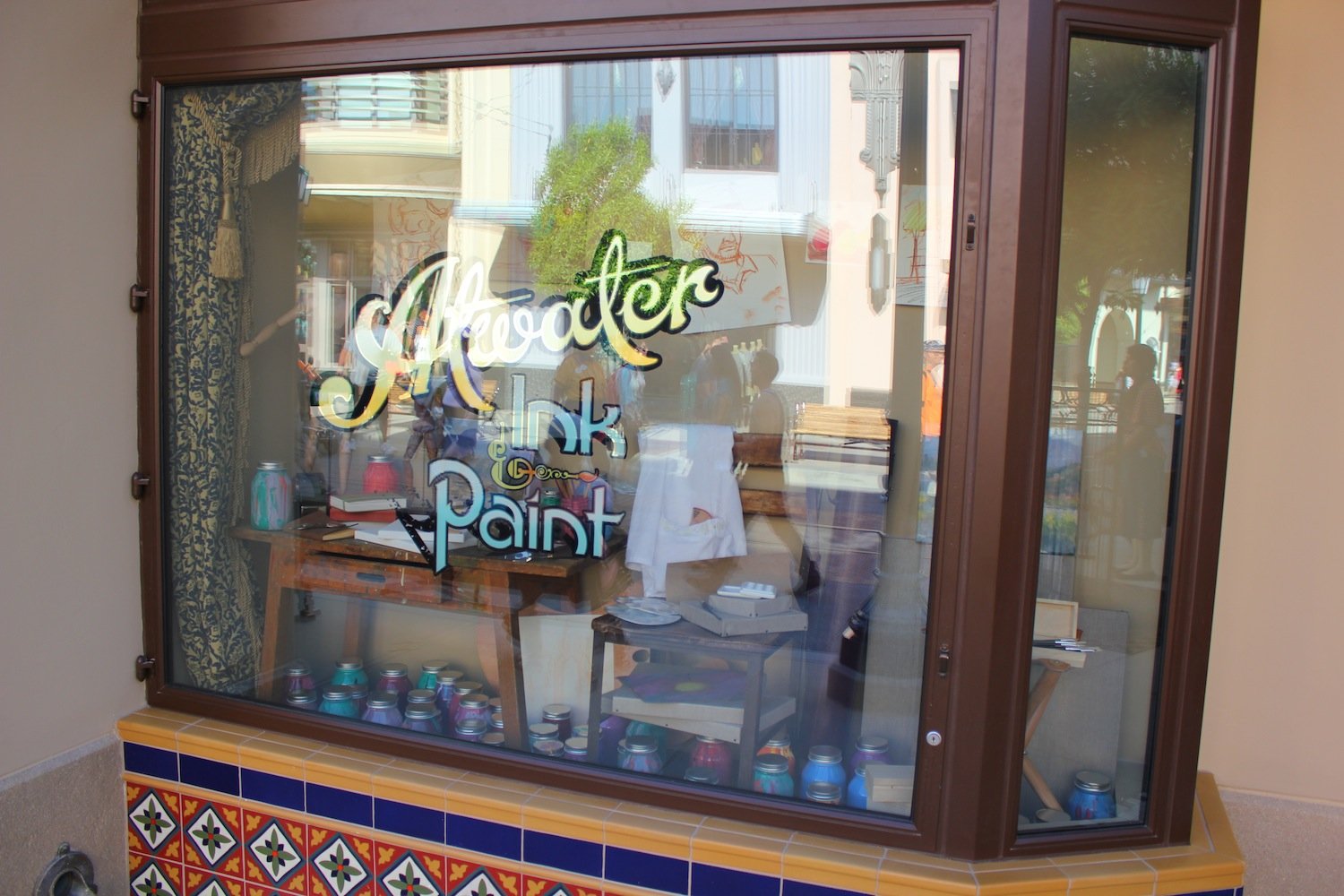 The window of Atwater Ink & Paint shop. Photo by Inside the Magic on Flickr

Keep an eye out for the “Atwater School of Art & Animation” sign which lists the instructors as: Clark, Davis, Johnston, Kahl, Kimball, Larson, Lounsbery, Reitherman, Thomas. These “instructors” are actually Walt’s “Nine Old Men”, a group of key animators who lead the production of classics like Snow White and the Seven Dwarfs (1937), Peter Pan (1953), and many more.