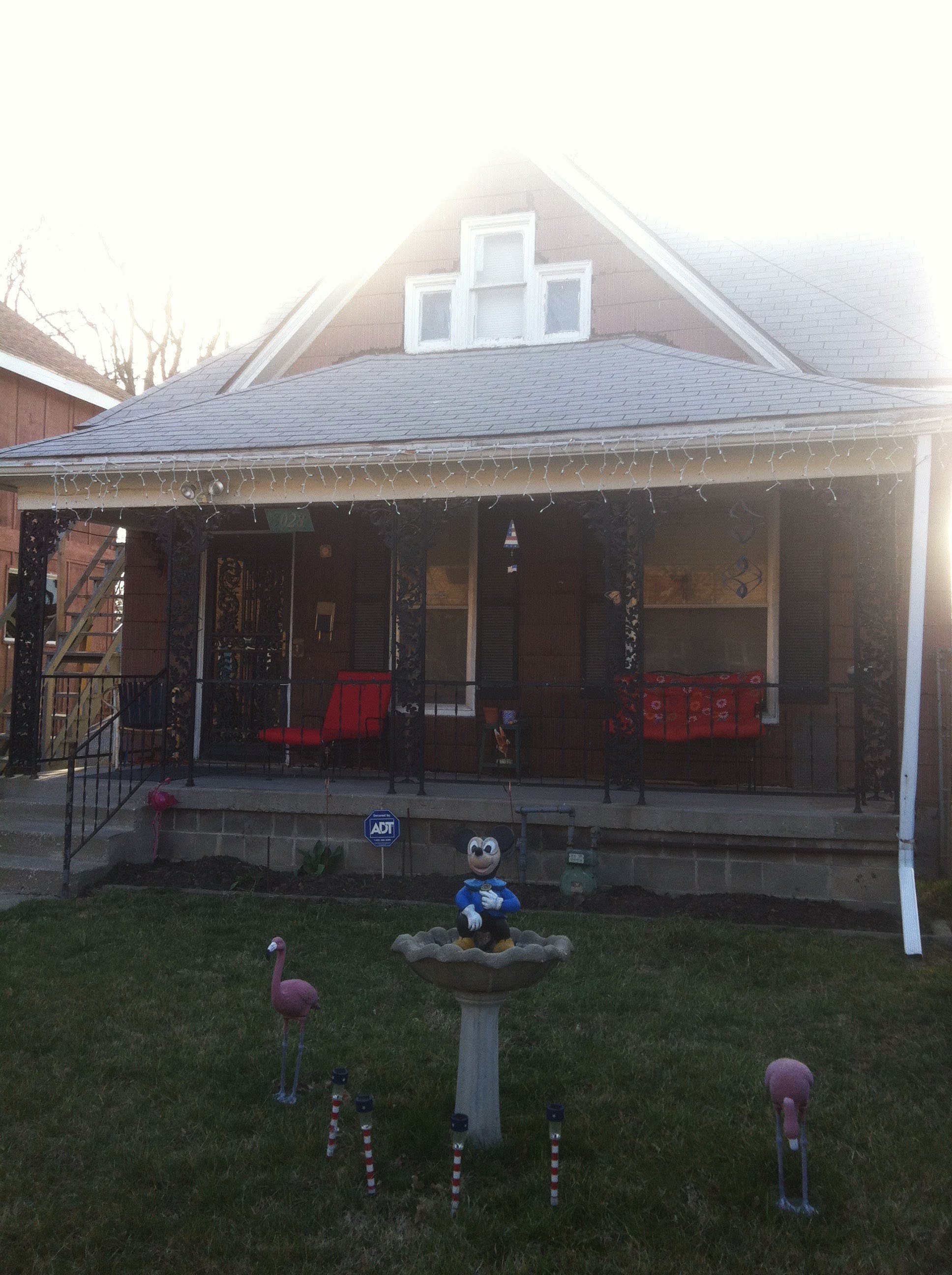 The Disney family home on Bellefontaine. Photo by James Hansen

In 1914, the Disney family moved from their first Kansas City home to this one at 3028 Bellefontaine Avenue.

On Saturday mornings, Walt would take classes at the Kansas City Art Institute. To earn extra money, he would sell snacks and newspapers on the Missouri Pacific, Kansas City Southern, and Missouri-Kansas-Texas railroads. This experience solidified his love of trains and with an interest in cartoons and animation. Walt would dream about taking a train out west, to Hollywood.

I didn’t have enough money to get my ticket… I used to go down and stand there with tears in my eyes and look at those trains heading out to Union Station in Los Angeles.
– Walt Disney

In 1917, the Disneys moved back to Chicago, but this house would remain with the family (Walt’s older brothers Herbert and Roy continued living there, renting the house from their father, Elias) until 1921.

Walt left home to volunteer with the Red Cross Ambulance Corps in 1918 and returned from overseas in 1919. After a brief stop in Chicago, Walt moved back to this home in Kansas City where he would sleep on a couch in the parlor as Herbert’s family now occupied the previously empty bedrooms – Roy paid the extra share of rent for his younger brother, Walt.

Walt got a job with the Pesmen-Rubin Commercial Art Studio creating ads for newspapers, magazines, and movie theaters. It was here that he met a fellow artist named Ub Iwerks. After being laid off, the two decided to start their own company: the short lived Iwerks-Disney Studio. It wasn’t long before the two were hired by the Kansas City Slide Company where Walt studied the principles of filmmaking that would inspire his further animation endeavors.

In the evenings, in a garage that Elias had built at their Bellefontaine Avenue home, Walt would tinker with cartoons and produce the very first Laugh-O-Gram short films.

In 1921, Elias sold the house so they could move to Portland, following Herbert’s move there. Walt stayed behind and rented space in a nearby building to continue his Laugh-O-Gram work. Walt would live in several cheap boarding houses and when money started to run low, would sleep on the floor at the office or crash on Ub’s couch.

In July of 1923, with Laugh-O-Gram bankrupt, Walt finally fulfilled his dream of heading out west when he boarded a train bound for Hollywood.

The house and garage on Bellefontaine remain to this day, and although it is still a private residence, the current owner has embraced its Disney connection.