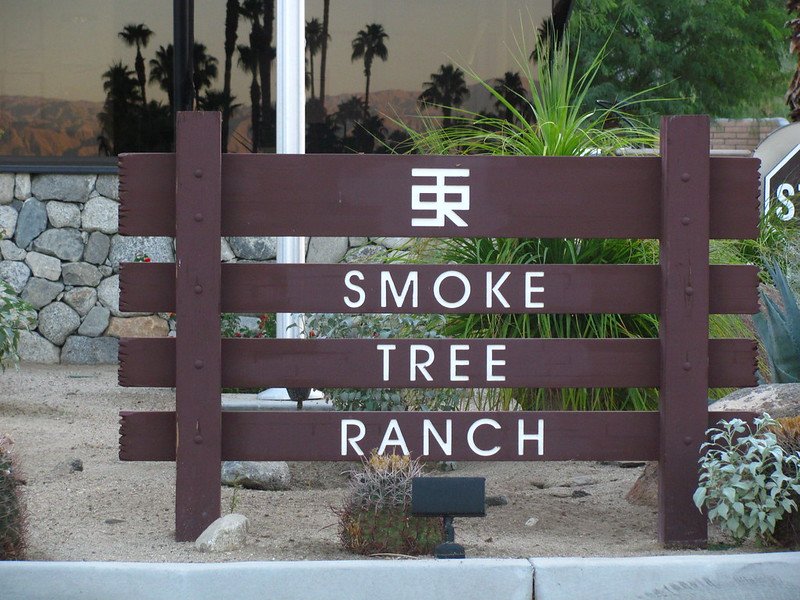 Walt Disney had been making trips out to the California desert since the late 1930s to ride horses, play polo, and take in nature as a means of unwinding from the daily grind of work. In 1946, Walt became a member of Smoke Tree Ranch, a gated community and resort in Palm Springs.

He fell in love with the community and in 1948, built his own house on the property. Walt was on the community’s Board of Directors and famously contributed custom made trophies to lawn bowling competitions.

In the early 1950s, Walt reluctantly sold his house to help raise money for the construction of Disneyland. Follow its success, he once again joined the community on the ranch, moving into another home in 1957. While the addresses of these first two homes have not been made public, we do know that Walt built another house just outside of Smoke Tree Ranch in 1962 at 2688 S Camino Real, near Indian Canyons Golf Resort.

Walt loved visiting the ranch so much that he would often be seen with the STR logo embroidered or tacked on his tie. You can see this on the Partners statue as well as on Tom Hanks during Saving Mr. Banks (2013).

Today, the ranch still operates and can be visited (with reservations) by staying in one of its cottages (there’s even several designed by the Disney Studios in the 1960s), visiting its spa, or other facilities, including a recreation hall near the pool named after Walt – it’s lined with vintage Disney posters and animation cells.