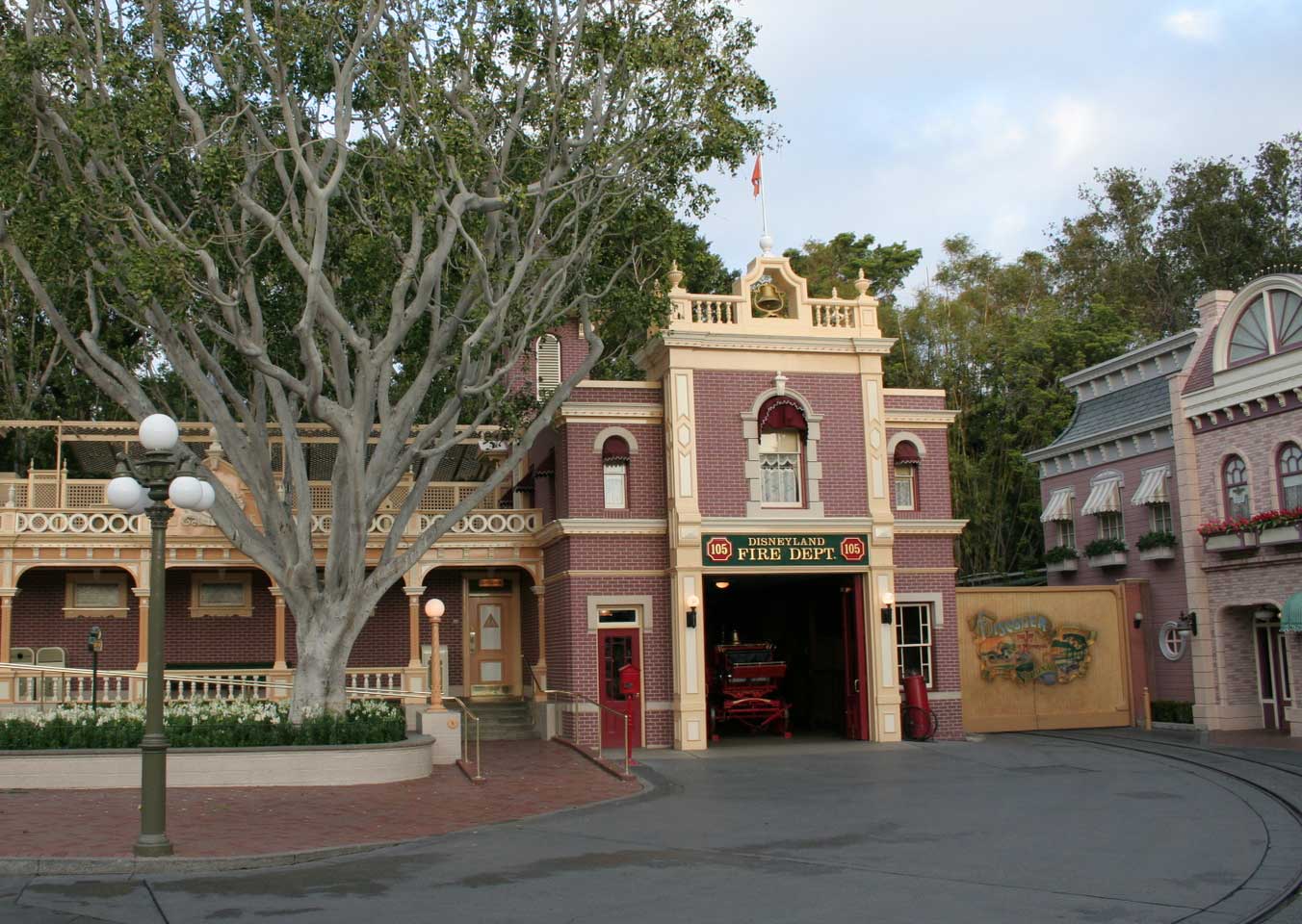 The Town Square firehouse is located at 105 Town Square on Main Street, U.S.A. in Disneyland Park.

The design of the building draws inspiration from Fort Collin’s historic firehouse as it looked during Imagineer Harper Goff youth. The Colorado firehouse, along with Walt’s memories of growing up in Marceline, was used by Goff during the ideation and design of Disneyland‘s Main Street.

While the Town Square building displays authentic turn-of-the-century firehouse equipment inside, this isn’t actually a working firehouse. The second floor of this building, however, holds a great piece of historic Disney significance: it was designed as an apartment for Walt to live in during the construction of Disneyland, and later for himself and his family to stay and entertain VIP guests while visiting the park.

On the opening day of Disneyland, we (Mouseketeers) were in Walt Disney’s private apartment above the Main Street Fire Station when the gates of the park opened for the first time. I was standing next to him at the window, watching the guests come pouring through the gates. When I looked up at him, he had his hands behind his back, a grin from ear to ear, I could see a lump in his throat and a tear streaming down his cheek. He had realized his dream.
– Mousketeer, Sharon Baird

The apartment was originally decorated in a Victorian fashion by Emile Kuri (set decorator for 20,000 Leagues Under the Sea [1954] and Mary Poppins [1964] among others) using antiques and miniatures acquired by Walt on trips abroad and cranberry glass and furnishings collected by his wife Lillian.

Today, the apartment is preserved with its original decor and an antique lamp in the window, which used to be lit to let guests know that Walt was in the apartment, is now eternally lit as a symbol used to signify Walt’s ever lasting presence in the park. 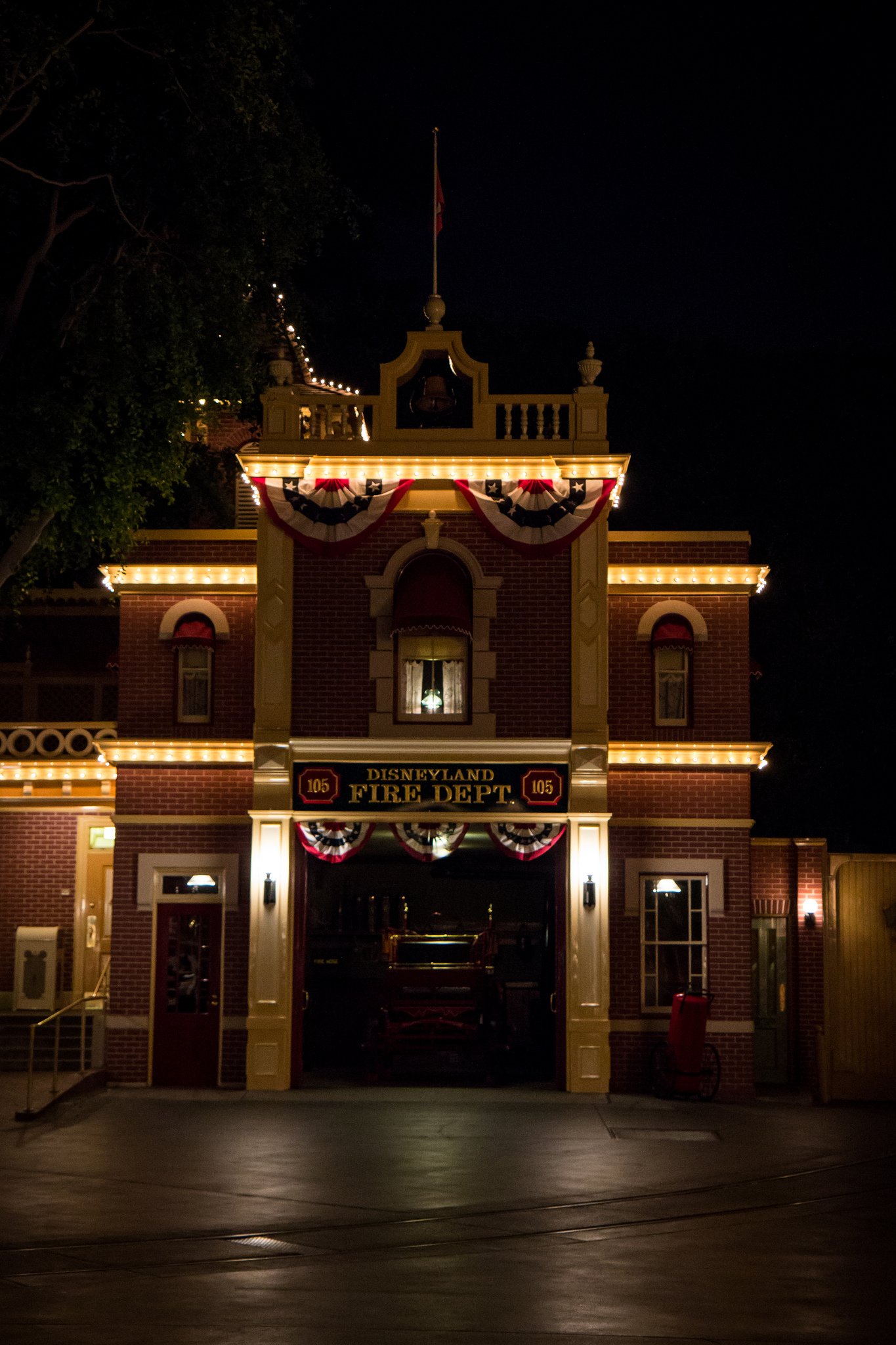 Disneyland’s firehouse at night. A solemn reminder of Walt’s legacy. Photo by HarshLight on Flickr

The firehouse is open to park visitors, but Walt’s apartment is closed to the public. It is possible to visit by taking the Walk in Walt’s Disneyland Footsteps guided tour, but always check first to ensure the tour will be visiting that day.