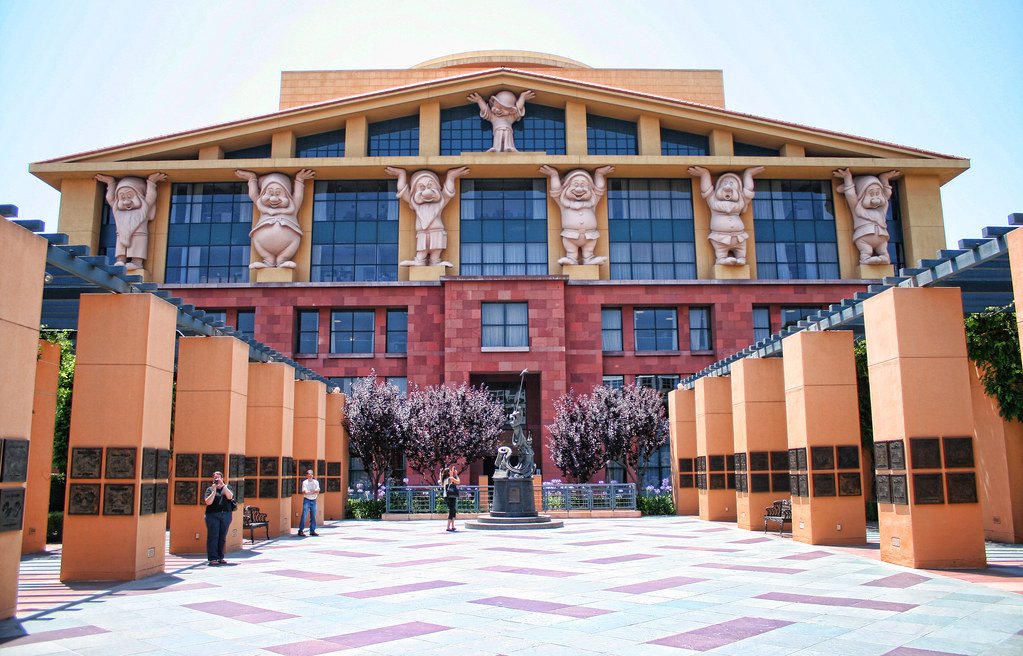 Disney Legends Plaza in front of the Team Disney Building. Photo by Andy Castro on Flickr

This is the permanent home to the Walt Disney Studios since the company moved from their Hyperion Studio in 1940. The 51-acre campus is not only the corporate headquarters of the company but also the location of their live-action film and animation production centers.

One of the soundstages is dedicated to Disney Legend Julie Andrews who filmed both Mary Poppins (1964) and The Princess Diaries (2001) there. Exterior scenes of the studio lot in 2013’s Saving Mr. Banks were actually filmed here as well.

P. L. Travers (Emma Thompson) is forced on a tour of the Disney Studios as seen during Saving Mr. Banks. Image ©Disney

The campus features a number of unique and well-known buildings including The Roy E. Disney Animation Building, named after Walt’s nephew following his death in 2009. This building is topped with a giant blue hat, similar to the one Mickey wears during the Sorcerer’s Apprentice segments of the Fantasia films. Parks fans will recognize the facade of the building that houses Walt Disney Studios’ Art of Disney Animation attraction as an homage to this building. 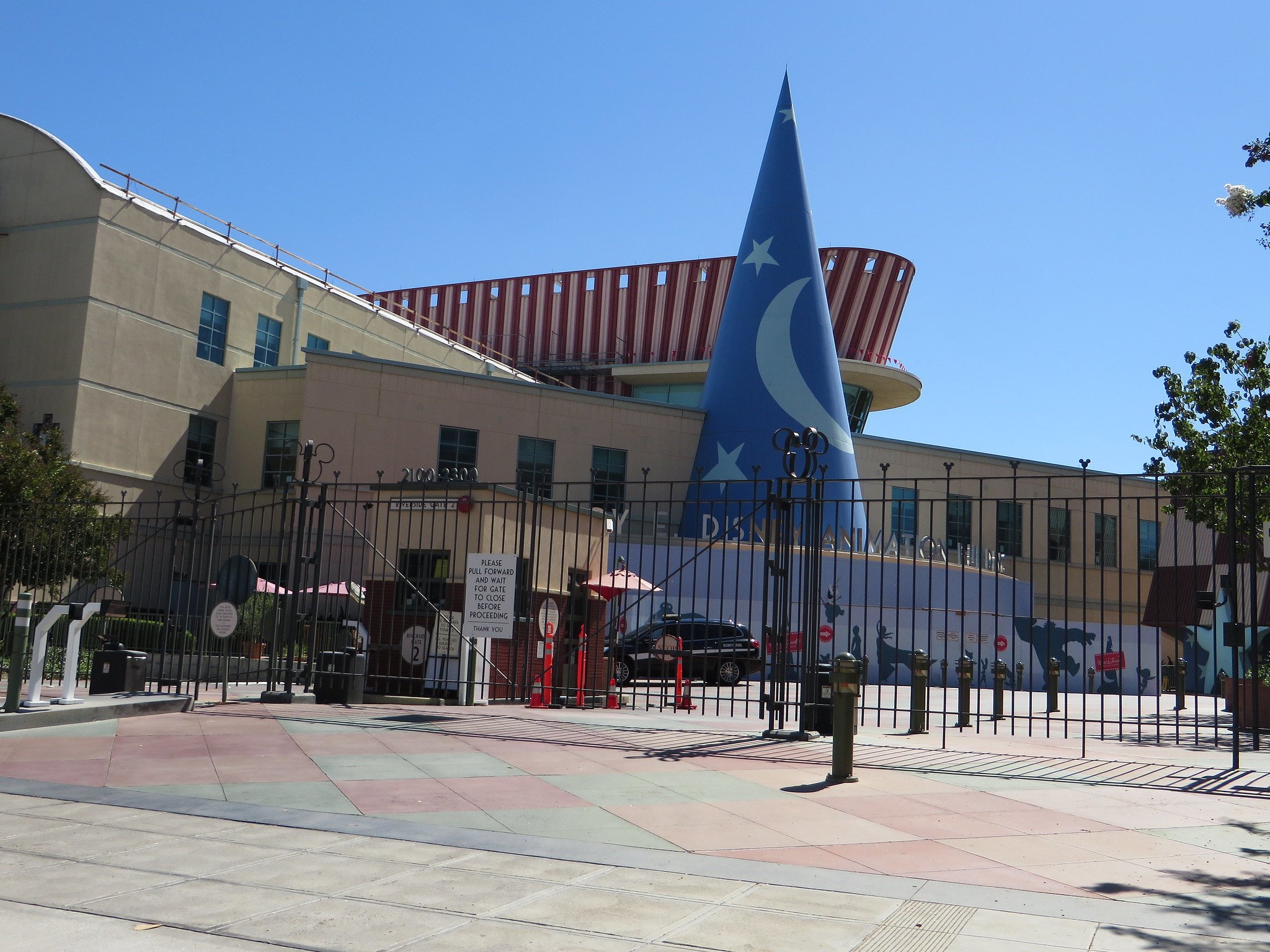 The Michael D. Eisner “Team Disney” Building stands just outside of Disney Legends Plaza. This building features the Seven Dwarfs as columns, holding up the structure – a nod to the studio’s first big feature film hit which helped fund the building of this Burbank campus.

The Disney Legends Plaza features handprints, sculpted busts, and signatures of Disney Legends as well as a life-sized statue of the ultimate Disney Legends, Walt and Mickey. You can read more about this statue in our blog post: Partners: The History, Details, and Insight Into Walt & Mickey’s Most Famous Statue. 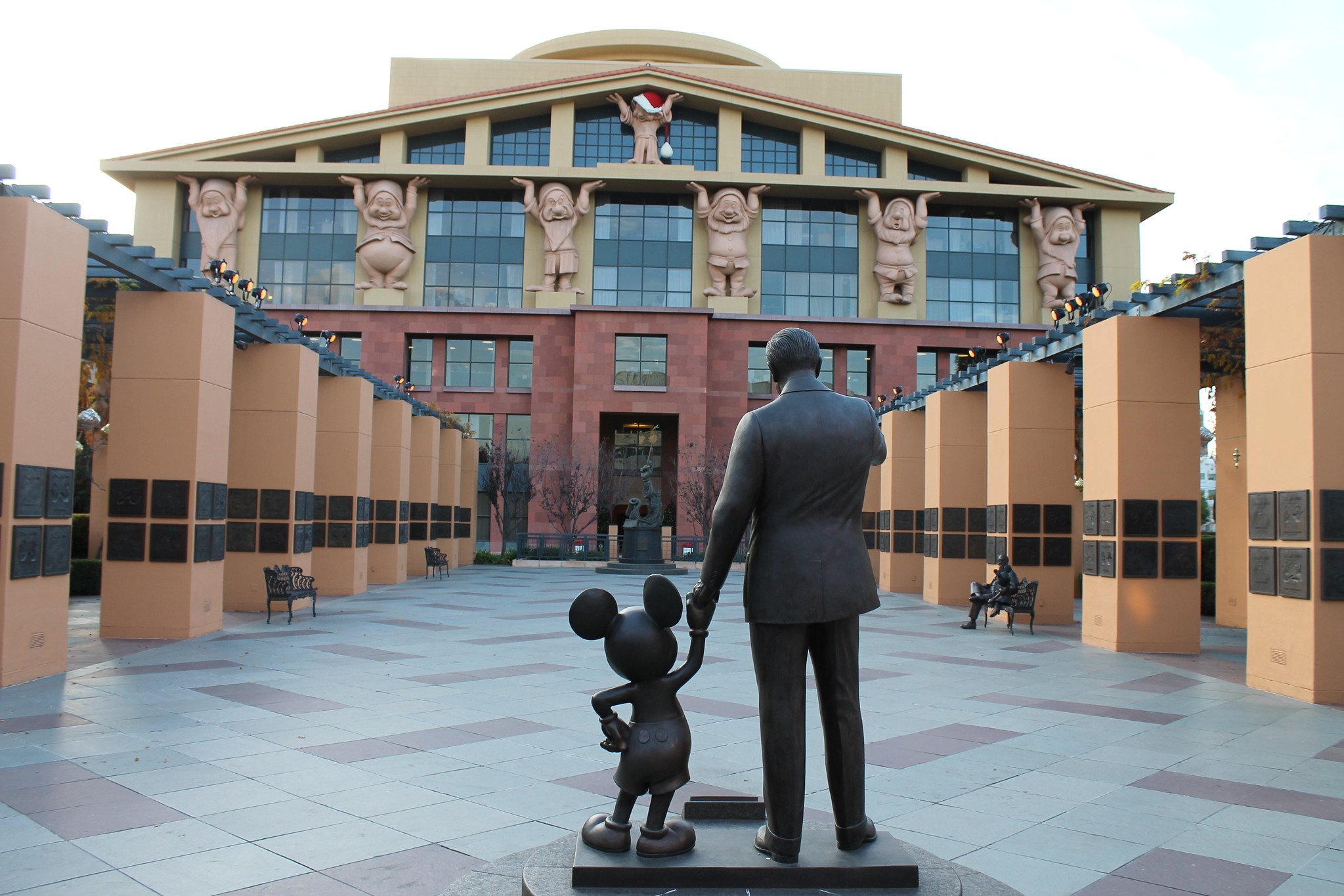 Partners stand before the Team Disney building. Photo by Loren Javier on Flickr

The Disney+ series Prop Culture prominently features the grounds and buildings of the Disney Studios in nearly every episode, as host Dan Lanigan searches for the props, costumes, and sets from a number of Disney films. Read more about the real-life locations featured on the show in our blog post: 7 Real-Life Locations From The Disney+ Series Prop Culture. 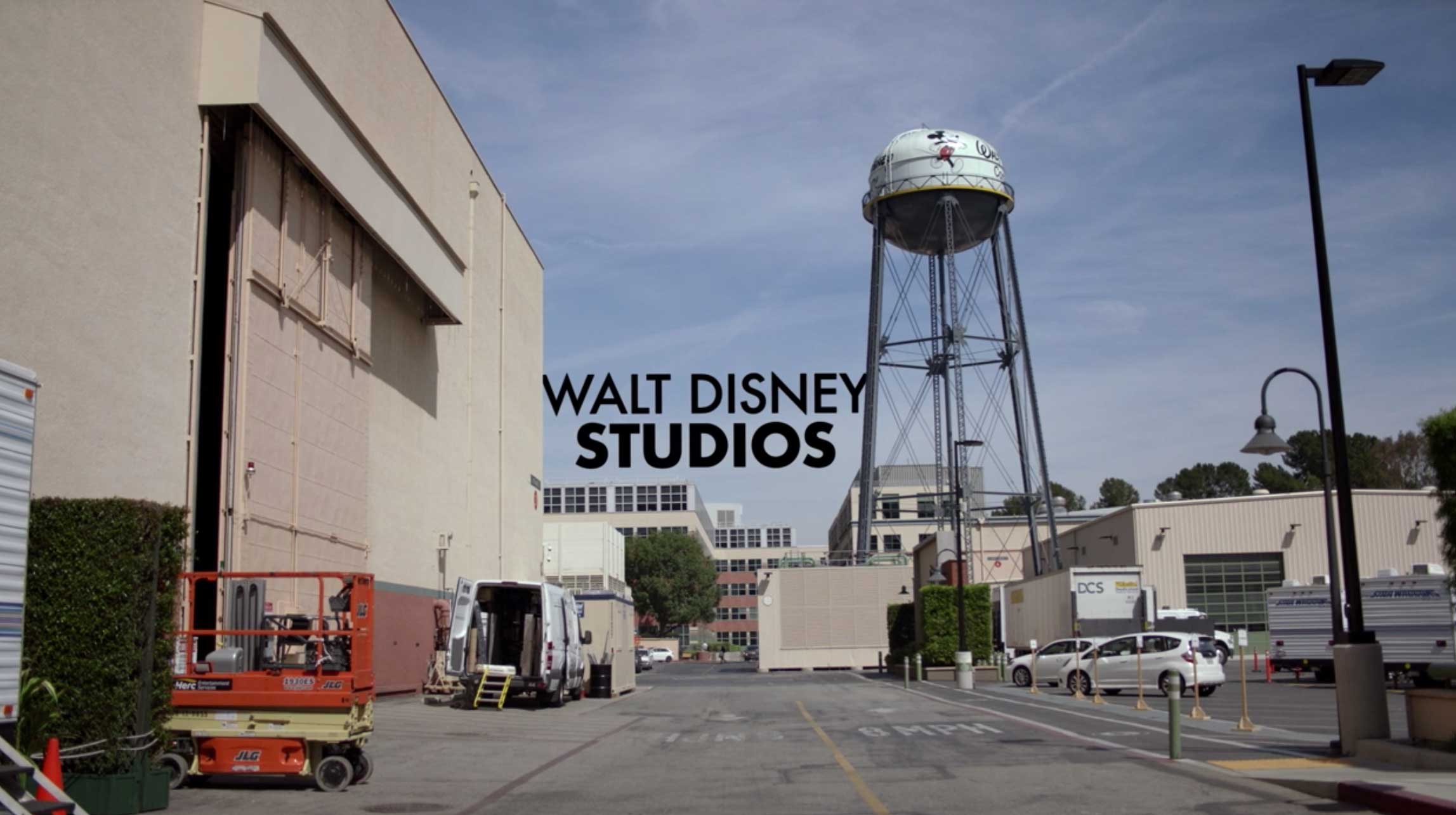 A shot of the studios, as seen in Prop Culture. Image ©Disney

While grounds aren’t open to the public, tours can be arranged through Adventures by Disney, Disney Movie Insiders, and periodically through D23.