TV and Film Wandering the Arts
0

If you haven’t seen Josh Gad’s YouTube series, “Reunited Apart”, I highly recommend it. He created this web series following the stay-at-home orders during COVID-19, raising money for charity by reuniting the cast and crew from cult classic movies via video chat. So far, we’ve seen episodes on Back to the Future, Ghostbusters, Splash, Lord of the Rings, and more!

Josh Gad is the Disney star behind the voice of Olaf from the Frozen franchise, LeFou in the live-action adaptation of Beauty and the Beast, and most recently as Mulch Diggums in Artemis Fowl. Watching Reunited Apart got me intrigued by what was behind Gad – I don’t mean his motivation, I’m talking about what’s literally behind him: the posters on the wall of his home office wall! The following is an insight into Gad’s office decor as well as their Disney connections. 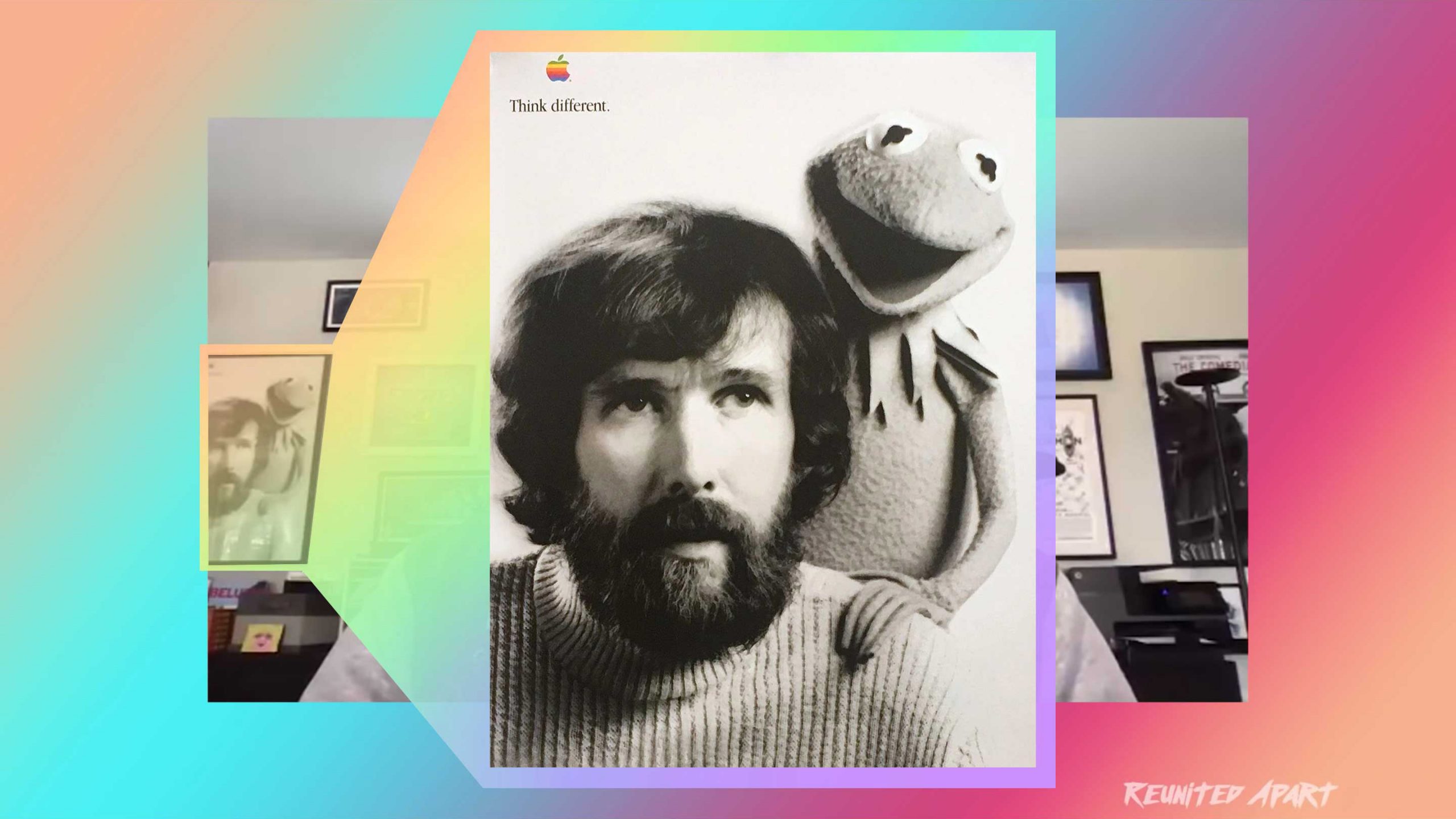 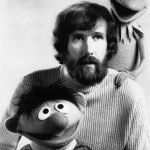 Henson, the creative genius behind The Muppets franchise, appears in this poster with his most famous creation, Kermit the Frog. The image was altered from a 1950s photo that also included Sesame Street’s Ernie (another puppet that Henson performed). Today, Disney continues the Henson legacy after purchasing the rights to the Muppets back in 2004.

Josh Gad is apparently a pretty big Henson nerd (naturally) and we assume that seeing this poster every day helps fulfill its goal of inspiring Gad to “think different”. We were also sad to learn that creative differences got in the way of a brand new Muppet show that he was developing for Disney+.

Though it’s not still in print, a copy of this poster pops up on eBay from time to time. 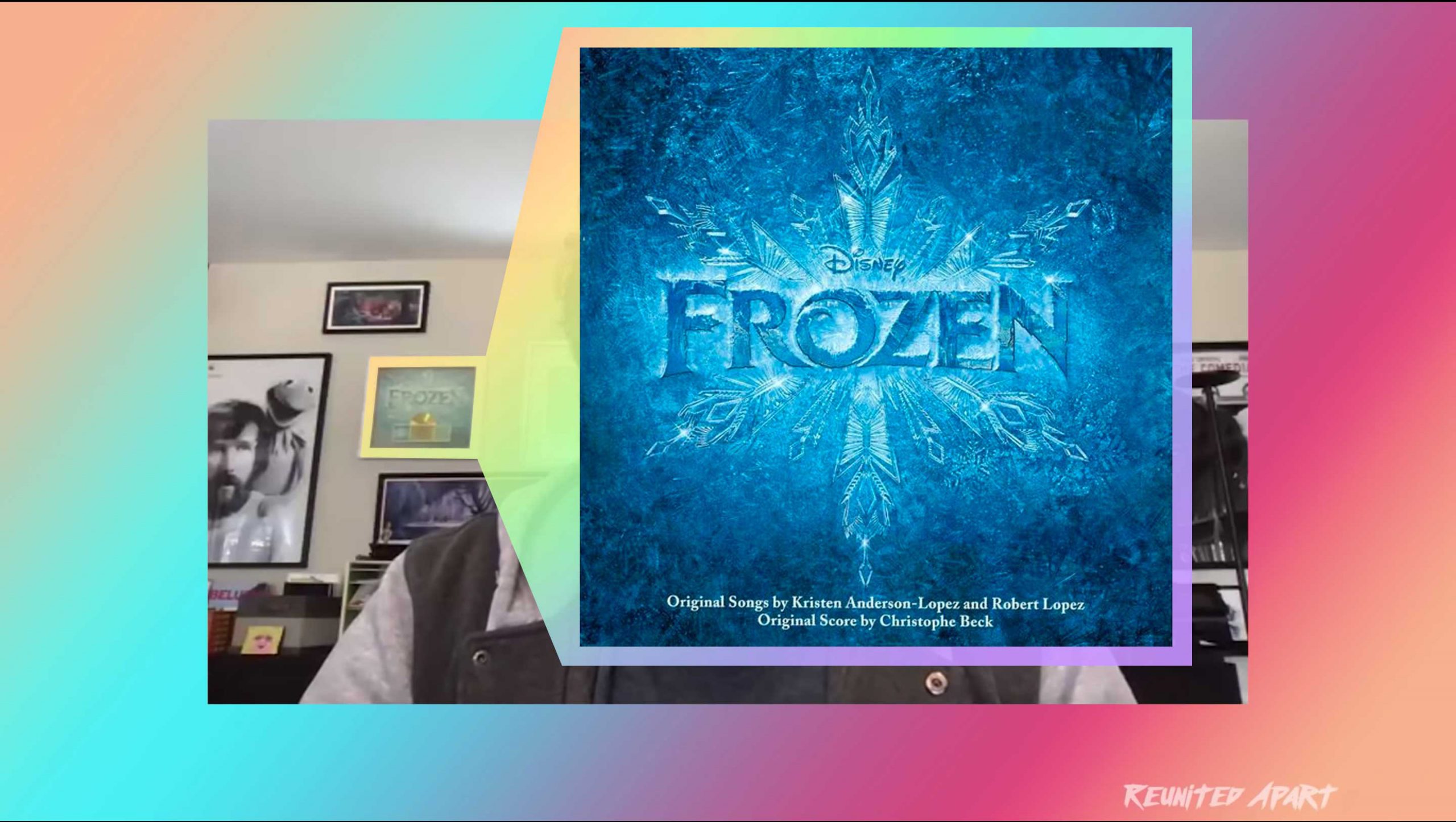 Next, we spy a framed gold record from the Original Motion Picture Soundtrack of 2013’s Frozen. Gad, who famously performs the voice of the lovable snowman Olaf, not only gets credit for Frozen soundtrack’s multi-platinum status but his own song “In Summer” also struck it big. The song went gold on June 25, 2014, before hitting platinum certification on July 10, 2017, according to The Recording Industry Association of America (RIAA).

Though we can’t read the inscription on Gad’s poster we assume (until he tells us otherwise) that this is the original gold record award for “In Summer” in a custom frame job. 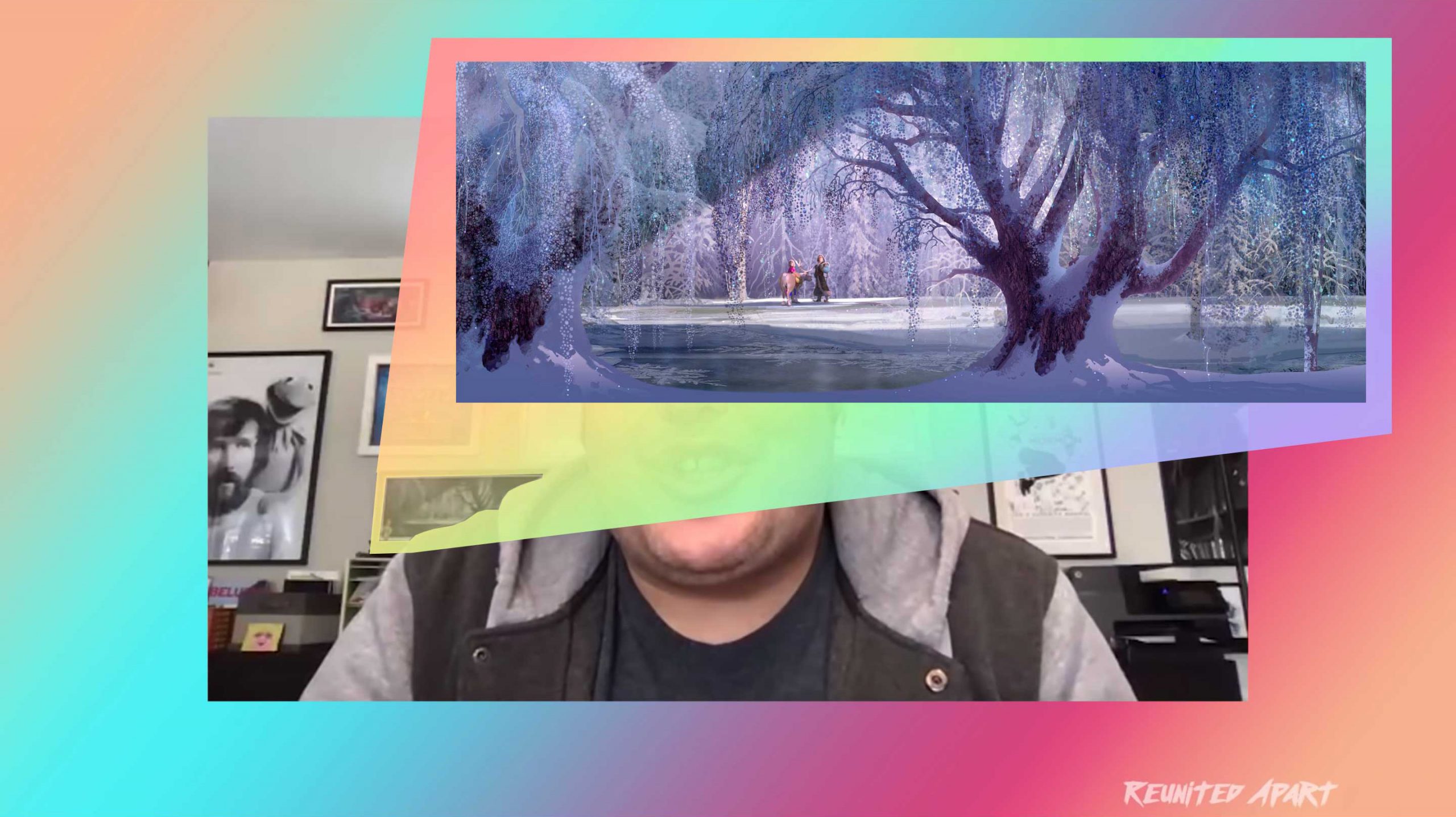 Just below the record is another piece of Frozen history – it’s a print of concept art made for the development of the original Frozen film. This artwork by Disney Production Designer Lisa Keene is titled Winter Wonderland, and depicts Anna, Kristoff, and Sven wandering a snowy landscape in search of Elsa. Keene “focused around a jeweled palette… [that] worked beautifully with snow, because snow is a blank canvas and we can put any color of light we wanted onto that.”

OK, maybe not yellow… but we assume that Josh fell in love with this piece because it depicts the moments leading up to his character’s magical and hilarious big-screen debut. We’re not sure how he ended up with this poster, but we do know that a version of it was released in a limited edition set of 100 by Acme Archives back in 2014. We haven’t had much luck finding this print online, but if you want a close-up view of it, check out the 2013 hardcover book, The Art of Frozen which not only features this artwork but a ton more amazing concept pieces from the film. 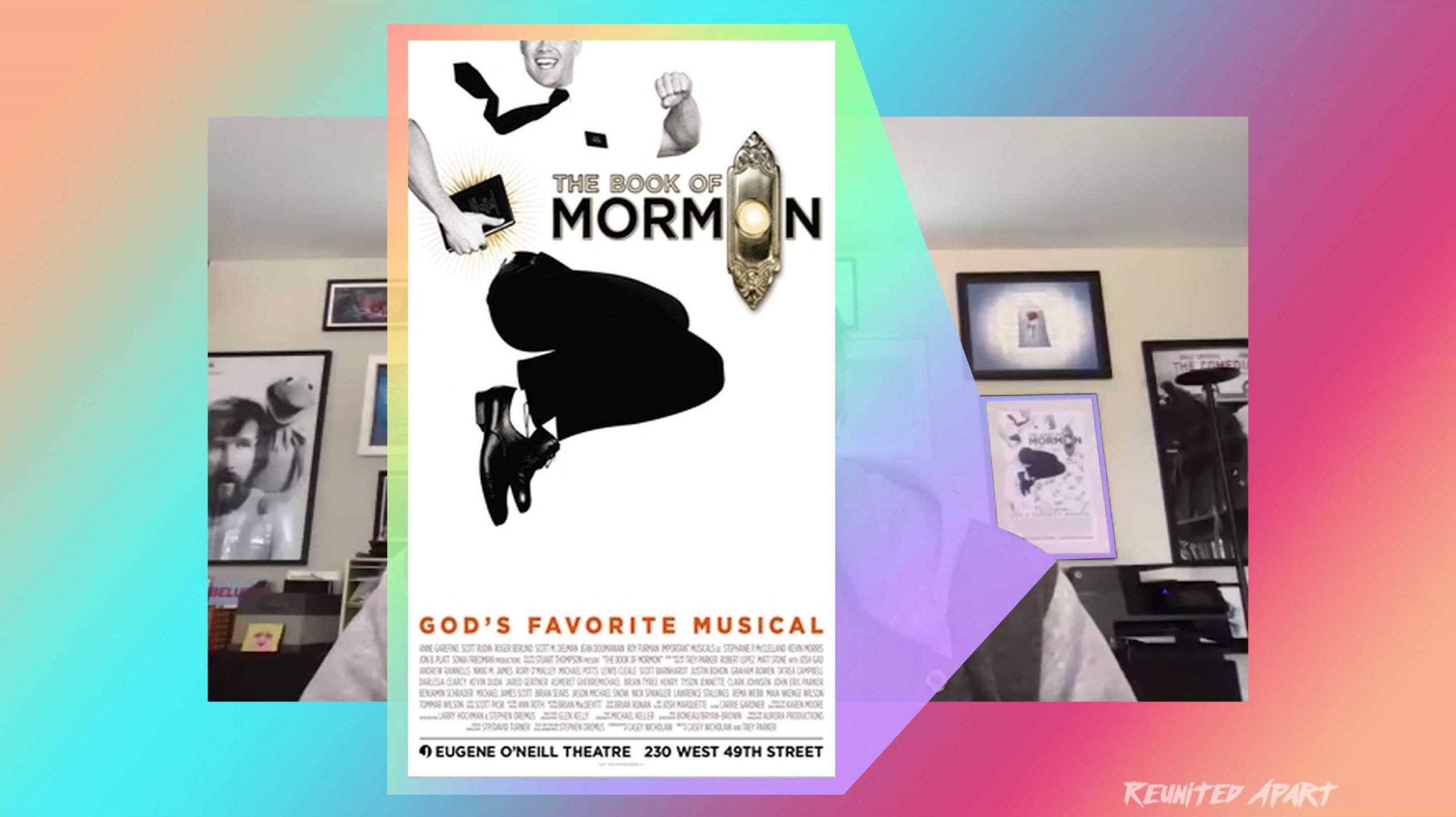 In 2011, Gad was cast in The Book of Mormon, the hit Broadway show which earned him his first Tony nomination and arguably launched him to stardom – so we’re not surprised that Gad has this poster on his wall. 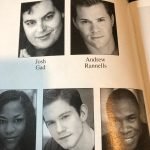 Gad’s headshot from the Book of Mormon Playbill

The show was written by South Park creators Trey Parker and Matt Stone in collaboration with Robert Lopez. By now, you might recognize that Robert Lopez, along with his wife Kristen Anderson-Lopez, are the songwriting duo behind the music of Frozen, Gad’s next huge career move. The Lopez’s Disney credits also include Finding Nemo – The Musical and Coco’s Remember Me, among others.

Though very un-Disney, Book of Mormon is memorable for a ton of Disney references as the premise revolves around the main character’s dream of moving to Orlando for his Mormon mission. Gad plays the clueless, yet lovable, Star Wars loving Elder Cunningham whose voice can be heard on the original cast recording (Warning: explicit lyrics!).

Copies of Gad’s poster can be found on Amazon, though his version appears to be signed by the show’s cast – these pop up on eBay fairly regularly. 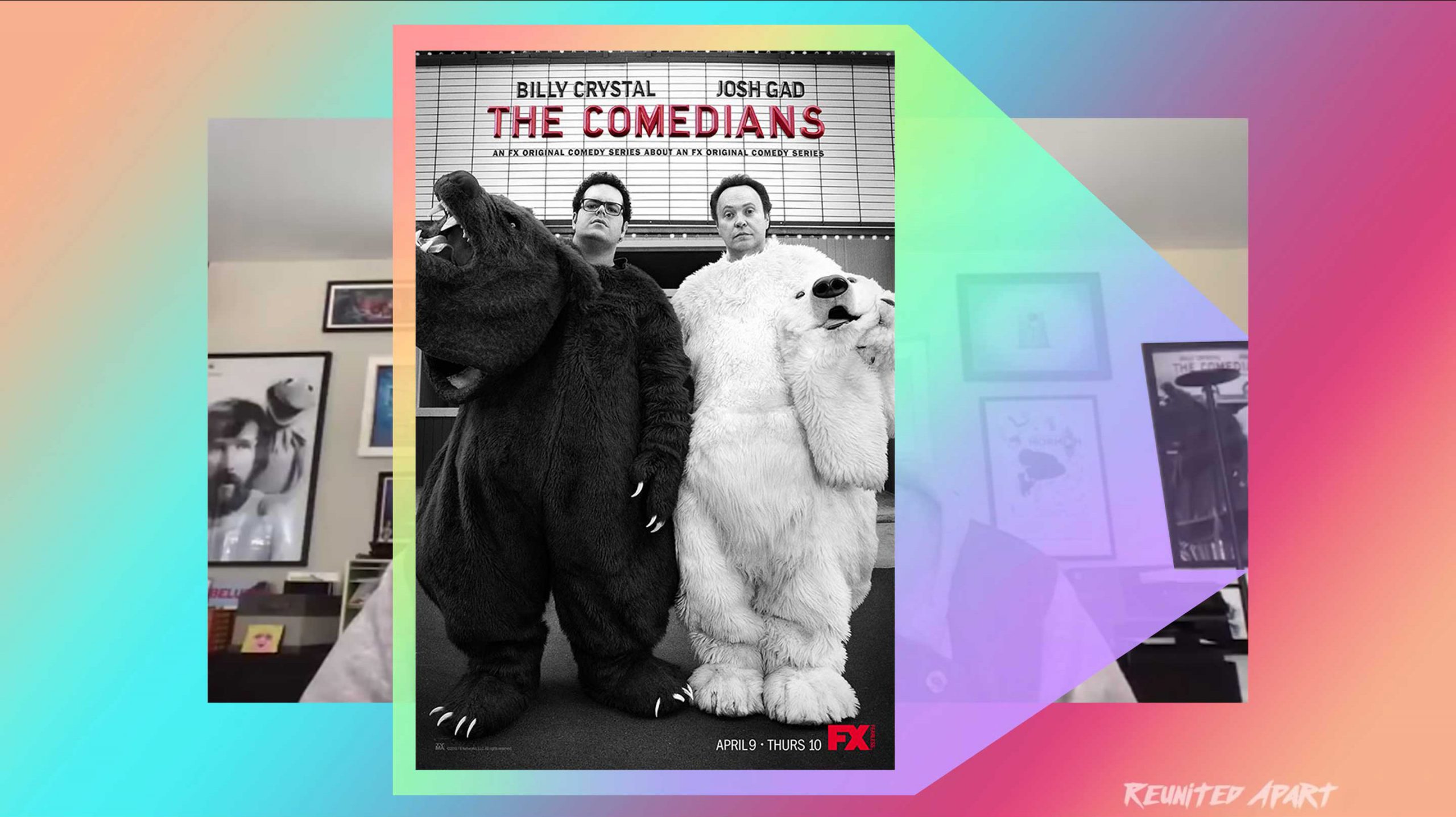 The Comedians was a short-lived TV show on (the now Disney owned) FX network. The series starred Gad and comedy legend, Billy Crystal, as fictionalized versions of themselves working to create a comedy series within the show. Crystal has his own ties to Disney, most famously as the voice of Mike Wazowski in the Monsters, Inc franchise. The show includes cameos by the aforementioned Robert and Kristen Anderson-Lopez as well as ABC sweetheart, Jimmy Kimmel.

Gad’s poster doesn’t seem to be readily available online, so we assume it was a promotional printing or one given out to cast & crew. 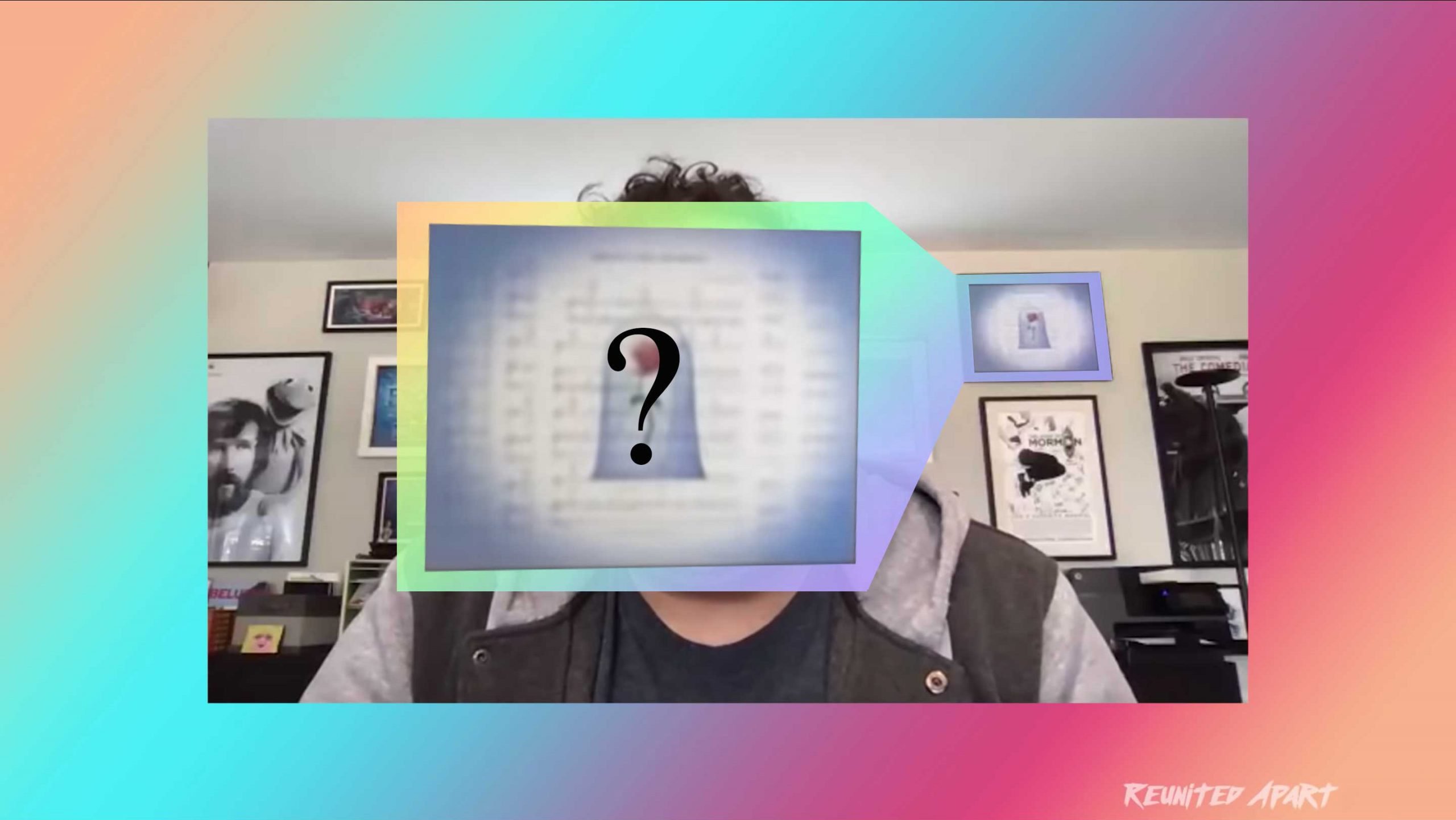 This next one is a mystery to us! We all know that Josh Gad did a great job portraying LeFou in the 2017 live-action adaptation of Beauty and the Beast, and far as we can tell, the poster is the enchanted rose from the film, set on top of what appears to be sheet music or words – perhaps lyrics from one of the film’s songs? I’m gonna go out on a limb and guess it’s the film’s titular song (“tale as old as time”) but until someone can help clarify by leaving a comment below, we may never know! 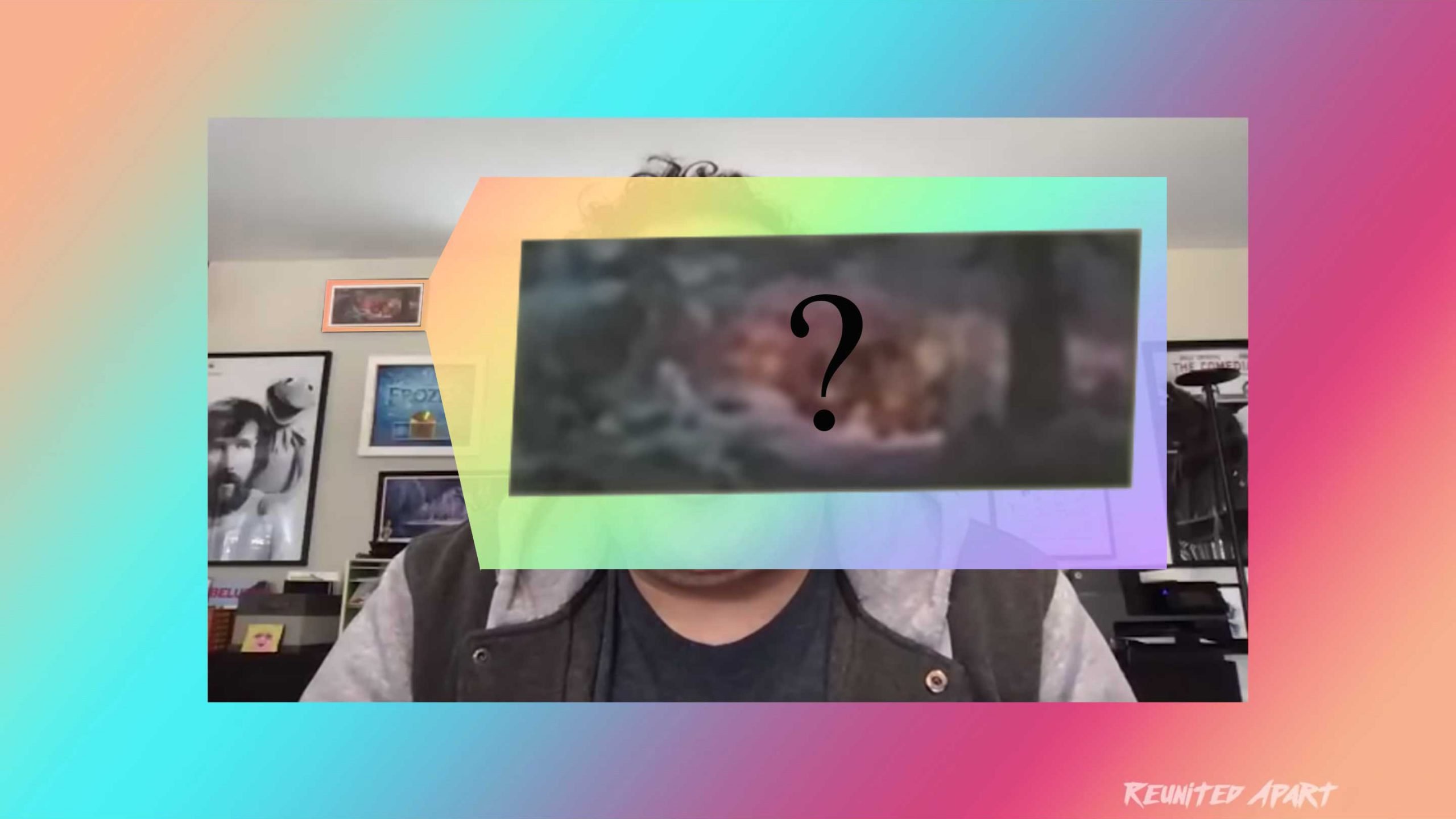 This one is also a mystery to us. After scouring every video Gad’s posted and sleuthing the internet using reverse image searches, we’ve come to the conclusion that we have no idea what it is. It kind-of-sort-of looks like a dark and snowy forest scene from Frozen but we’re stuck – If you can make out what it is (or if your name is Josh Gad), please leave us a comment below and let us know!