A Photo Tour of the Lucasfilm Headquarters in San Francisco

A Photo Tour of the Lucasfilm Headquarters in San Francisco

A hidden gem in a beautiful city, Lucasfilm’s San Francisco Headquarters is made up of four buildings collectively known as the Letterman Digital Arts Center. This corporate campus is a working production facility, home to Industrial Light & Magic, ILMxLAB, Lucasfilm Animation, Consumer Products, Digital Media, and Franchise Management divisions. The Star Wars and Indiana Jones franchises put this company on the map and The Walt Disney Company has been working hard to grow them since acquiring Lucasfilm in 2012.

17 of the campus’s 23 acres are beautifully landscaped public property inside the city’s historic Presidio Park, part of the Golden Gate National Recreation Area. Just down the road in the park, you can find the Walt Disney Family Museum.

When entering Lucasfilm from Letterman Drive (south side), the first thing you’ll notice is a serine courtyard with Dagobah’s most famous resident in the center. 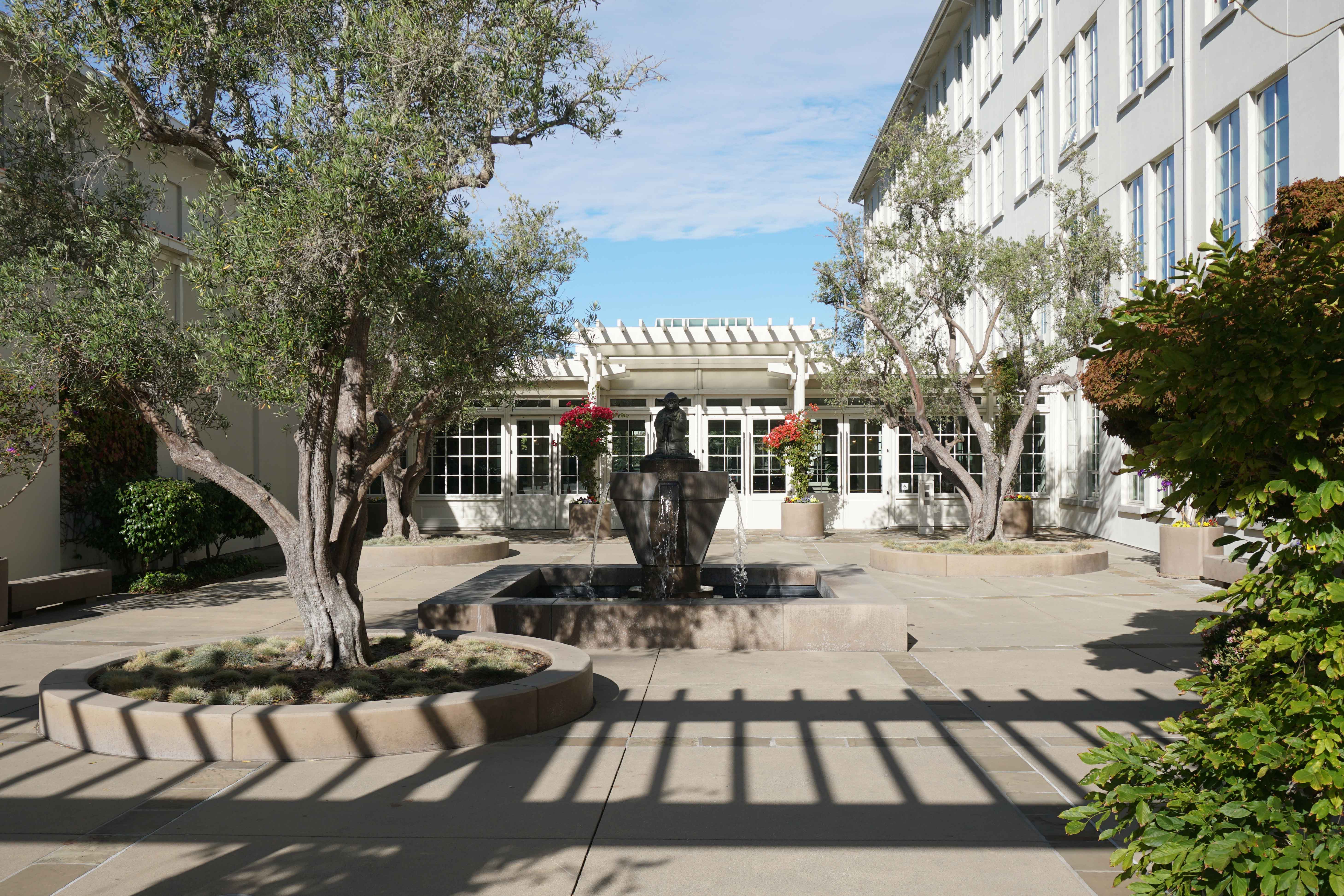 The view of Yoda’s fountain near Letterman Drive

Star of the Star Wars franchise, this iconic Yoda Fountain sculpted by Bay-area resident, Lawrence Noble, is open to the public 24-hours a day.

On the opposite side of Yoda is the entrance to Lucasfilm. Unfortunately, the company doesn’t offer public tours, but this lobby area is open to visitors Monday through Fridays during working hours (assumably 9 am to 5 pm). Just open up the door and walk on in. The receptionist may ask you why you’re there – just let them know you want to look around the lobby and you shouldn’t have any issue. “Feel free to take photos, just don’t touch anything”, is what we were told. 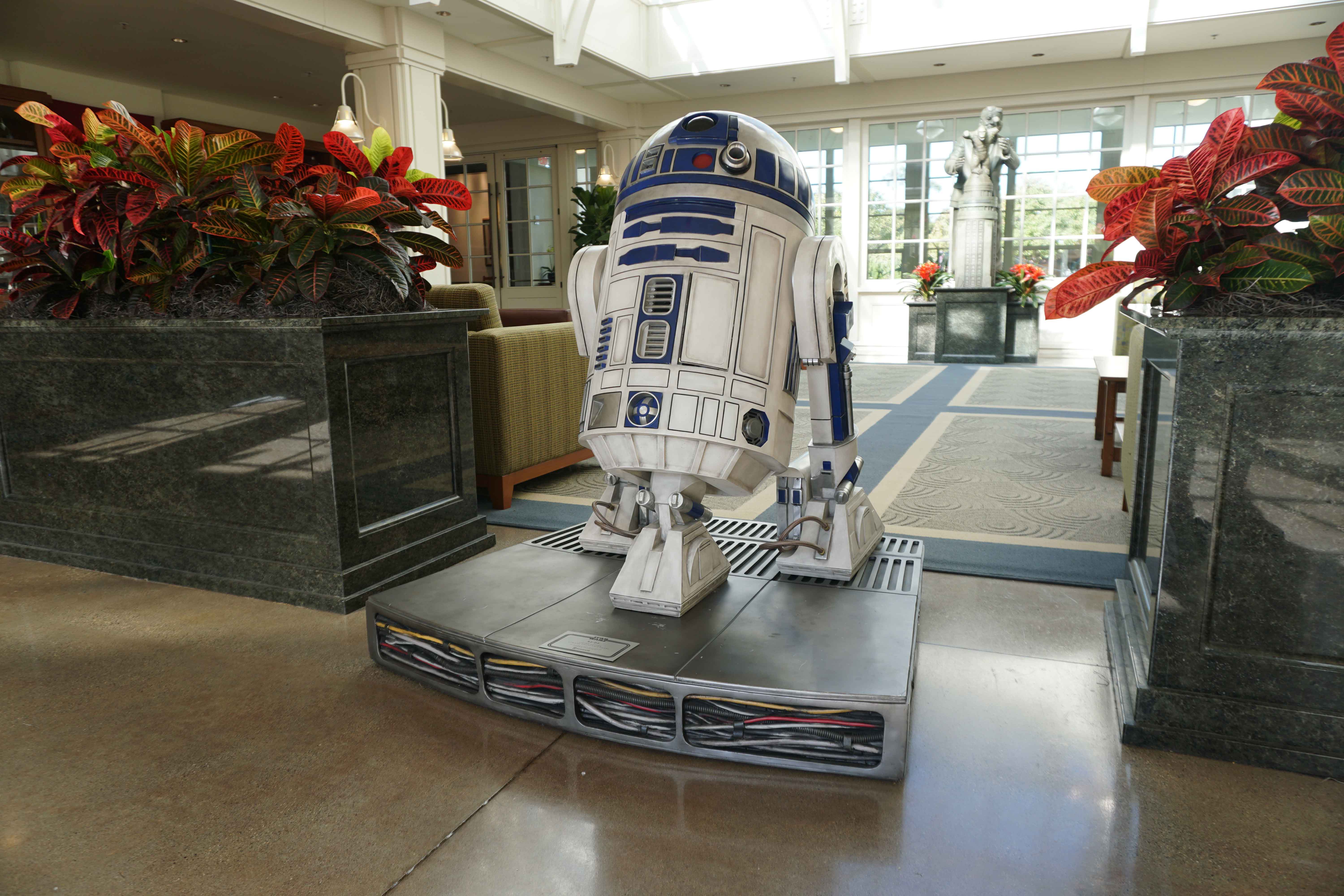 The lobby space is bright from natural light and elegantly decorated with tile and floral arrangements. Rather than actual props, the room is chock full of prop-replicas and toys from Master Replicas and Sideshow among other manufacturers. 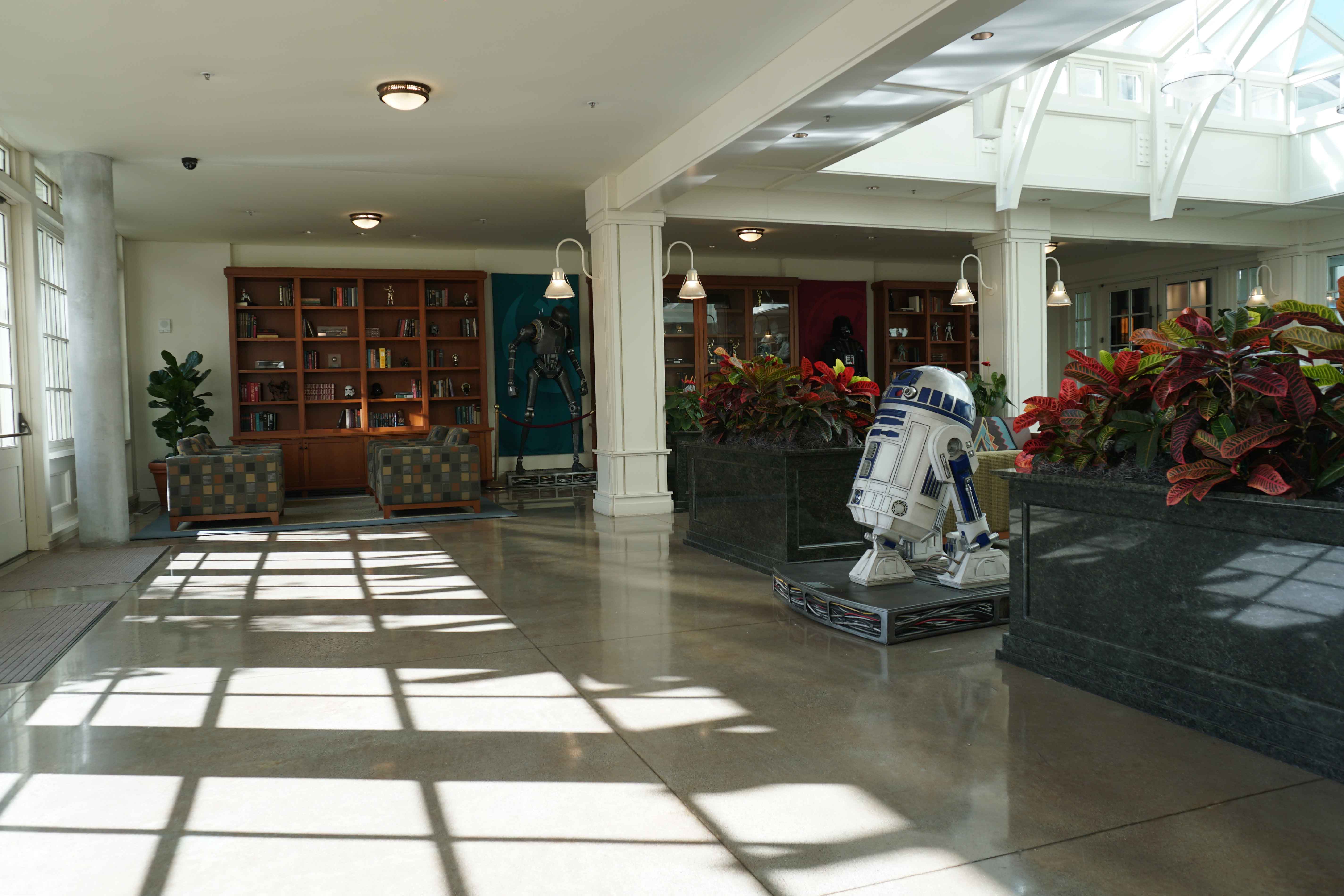 A look at the lobby’s decor

All items on display during our visit were from Star Wars films in addition to walls of trophies and awards that the company has won for special effects and the like. Displays in this gallery seem to change from time to time but highlights during our visit include a true to scale R2-D2, K-2SO, and the sith lord himself, Darth Vader. 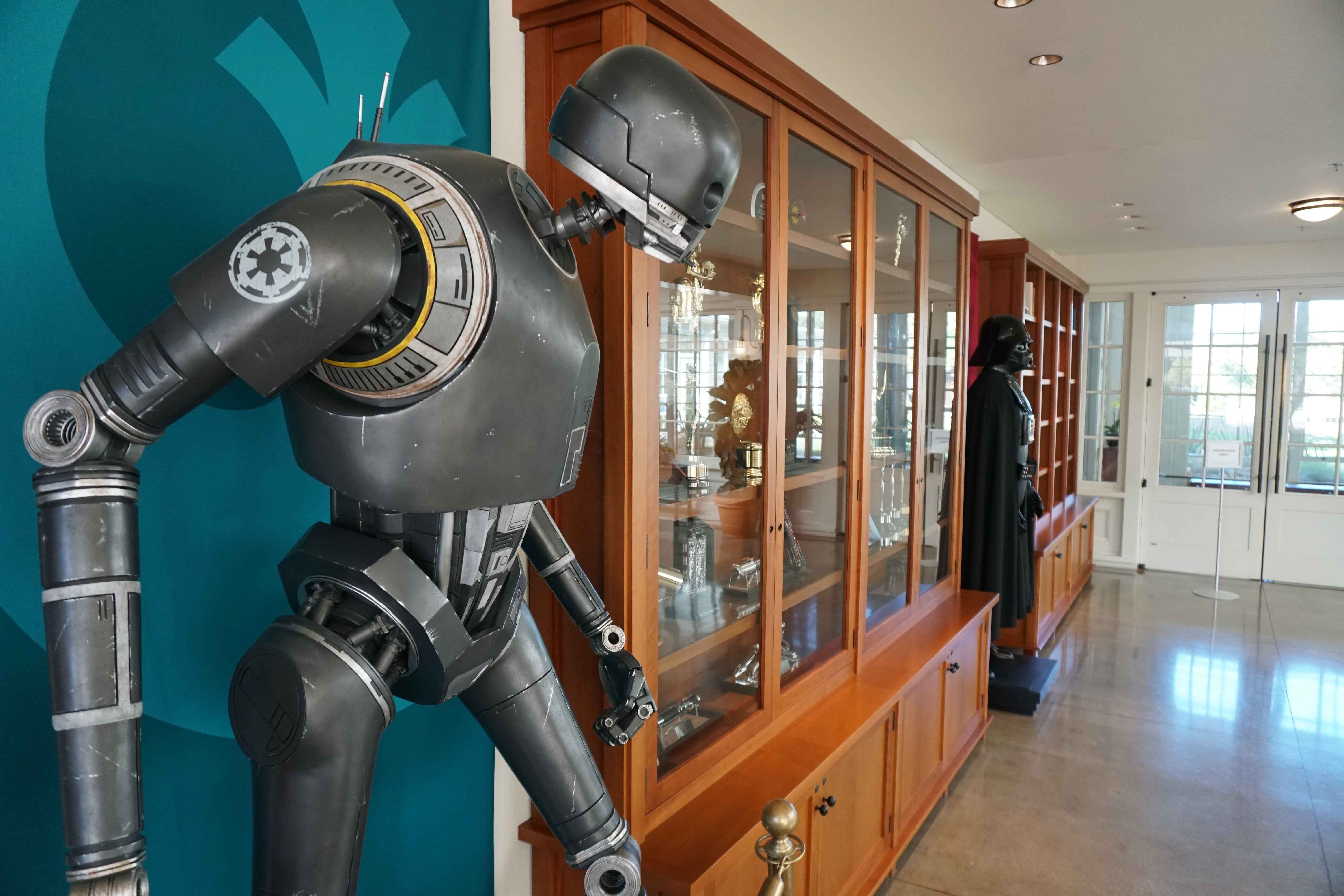 In the center of the room stands a life-size statue of Willis Harold O’Brien (also sculpted by Lawrence Noble). O’Brien, or “Obie” as he was known (*wink*), was a San Francisco native and pioneer in special effects and stop-motion animation in the early days of film. He was the wizard behind iconic films such as The Lost World (1925), King Kong (1933), and Mighty Joe Young (1949). Lucas admired his work and assumably inspired his out-of-this-galaxy creations.

Rounding out the room, we reach the receptionists’ desk, where a gold Lucasfilm logo shines above. On either side, we find vintage foreign versions of famous movie monsters such as Godzilla, Dracula, and Creature from the Black Lagoon – again, presumably Lucas influences for their special effects ingenuity and sci-fi creativity (though, not sure why they’re foreign versions, but they look super cool!). Also worth noting that Lucas went on to pursue Dracula star Peter Cushing as the evil Grand Moff Tarkin in Episode IV. 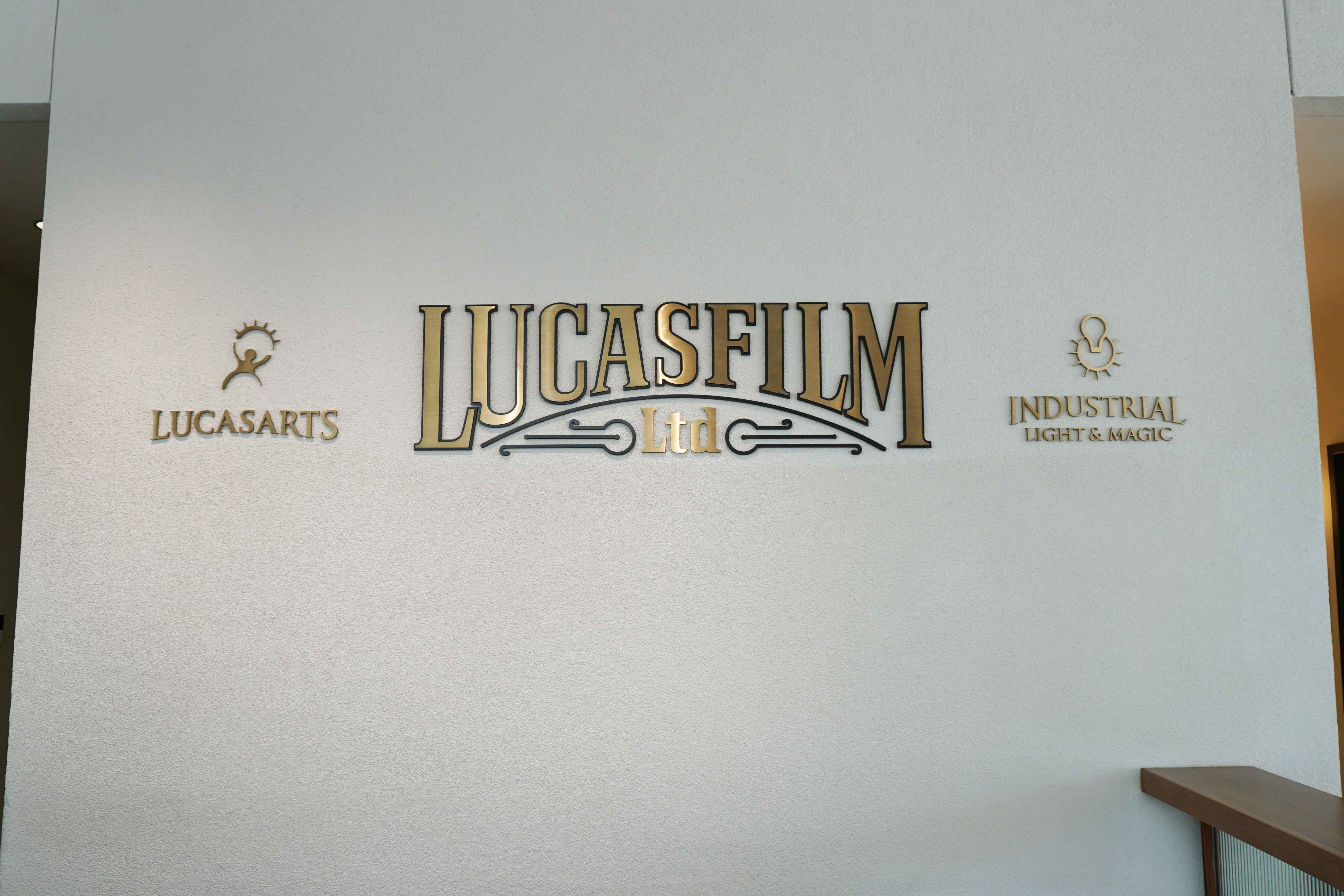 The Lucasfilm company logos on the wall of the lobby 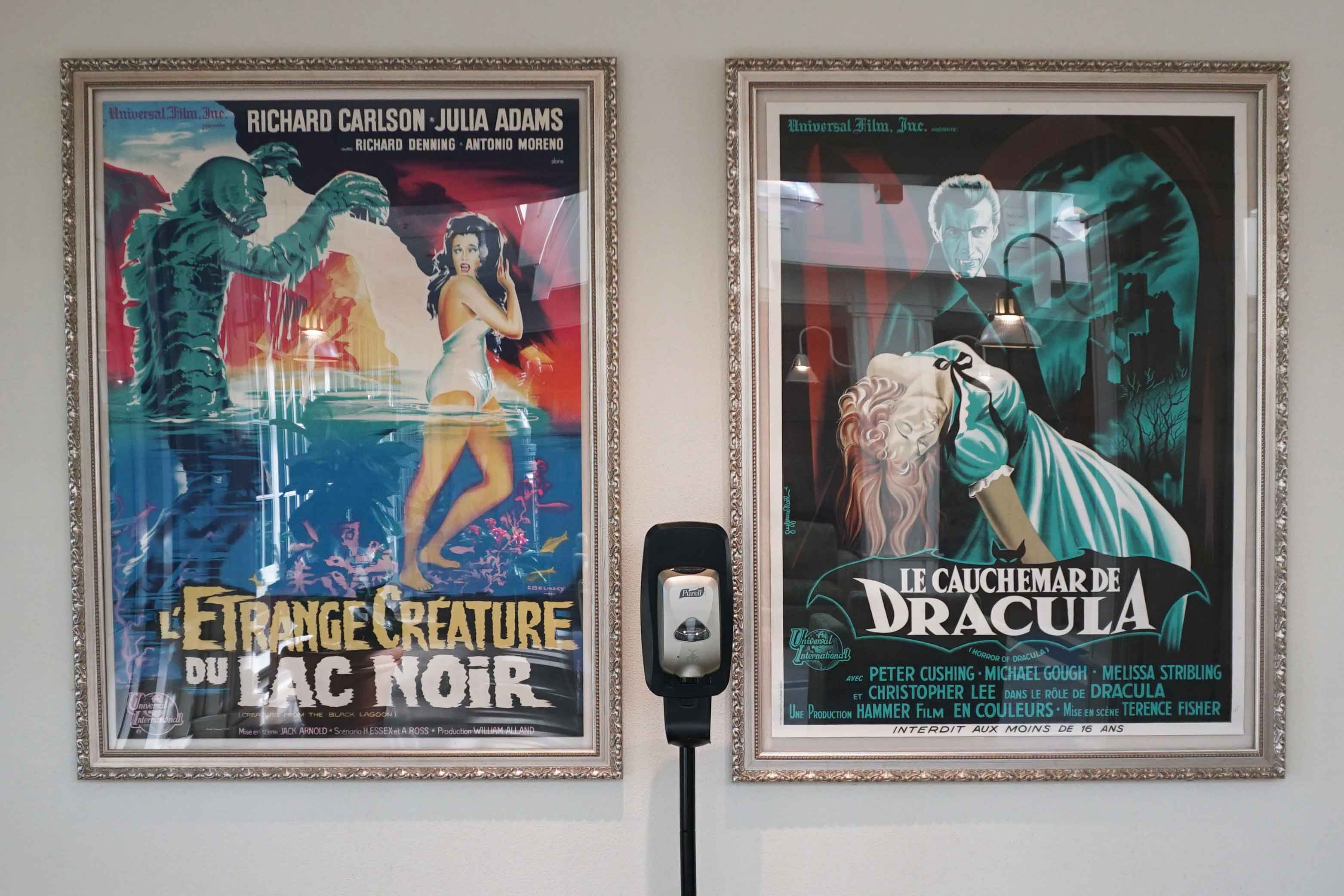 Unfortunately, this is where our tour ends as we didn’t have the guts to casually push these doors open and stroll the halls where magic comes to life. If I had to guess, I assume it looks a little something like this. 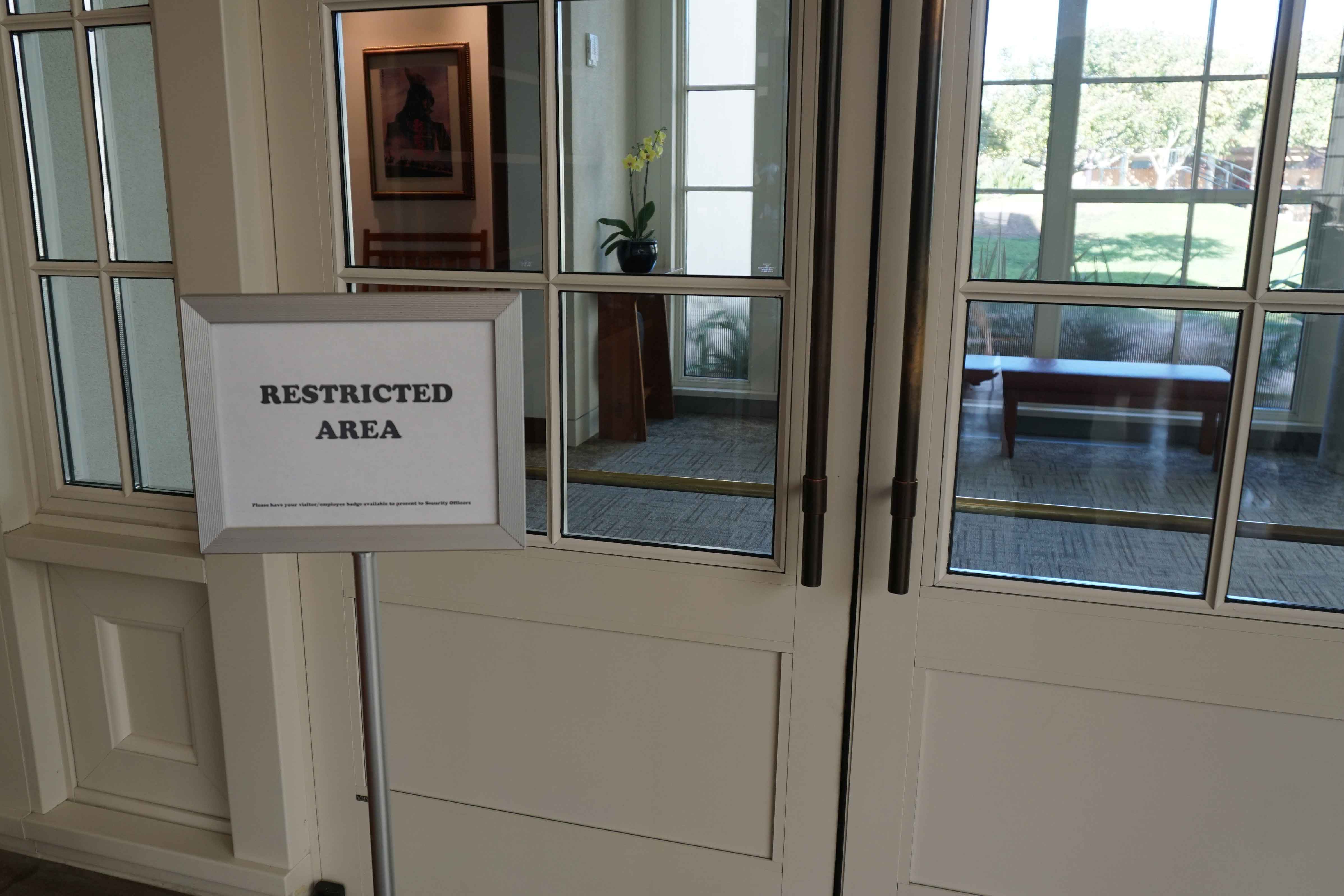 Beyond the lobby is an additional 17 acres of public park space on the Letterman Digital Arts campus including a lake, two more Lawrence Noble statues, a Starbucks, and magnificent views of San Francisco’s Palace of Fine Arts, all open to the public, waiting to be explored. 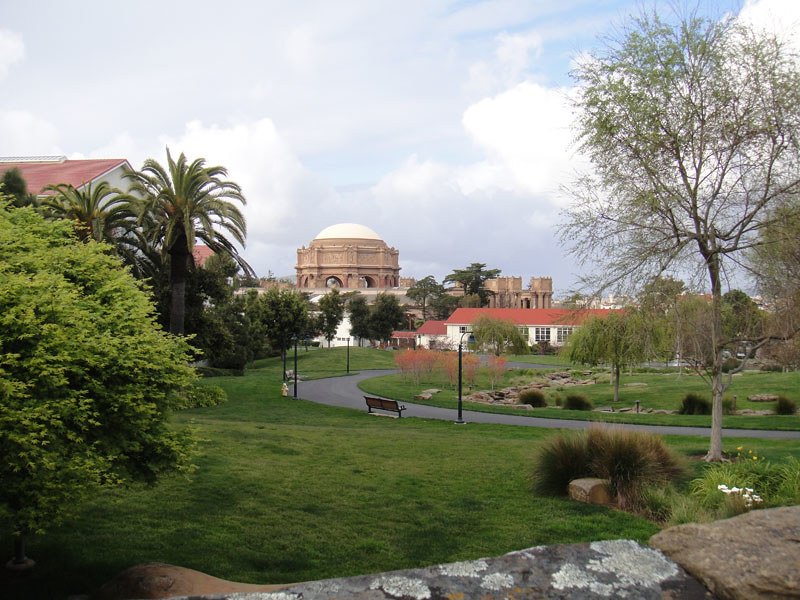 The sprawling campus with a view of the Palace of Fine Arts. Photo by The Pop Culture Geek Network on Flickr